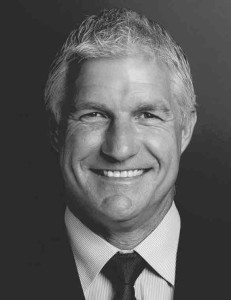 The former head of sales at Seven has been representing subscription TV ad sales as the boss of MCN since 2003. Over that time, and sadly for people looking for juicy quotes, Fitzgerald has refrained from poking the FTA TV bear. Instead he’s talked up the overall benefits of the total TV offering. (It’s almost as if he knew one day MCN would also be representing a FTA broadcaster.) Over the years MCN has also built a substantial digital publishing portfolio which, with the addition of the Network Ten offerings – TEN, ONE, ELEVEN and tenplay – makes MCN a one-stop super shop. MCN has a big team of industry veterans, although some of the talent got over the wall this year – most notably Murray Love (to Quantium which works with MCN) and Elizabeth Minogue (to REA Group).