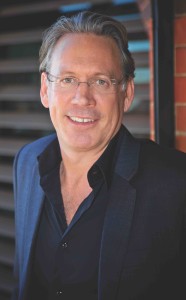 With international imports relevance to Australian broadcast TV on the decline and Seven making a strong play internationally with production houses established in the UK and the US, production is rapidly taking on an ever-increasing importance at Seven, with Lyons at the heart of it. In the US, 7Beyond has a series My Lottery Dream Home set to enter production for Scripps channel HGTV in early 2016 and the 12-part factual Boy To Man under way for The Travel Channel. The UK JV
7 Wonder, meanwhile, has just picked up its first children’s commission, the 25-part Do You Know? for CBeebies. Locally, a production highlight for Lyons was undoubtedly the very well received new hit series 800 Words. Heading into 2016, Seven is primed for success with the two-part bio-drama Molly, and the promising new Jessica Mauboy music-focused drama The Secret Daughter.