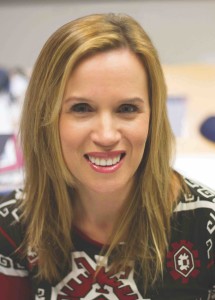 Originally it was just one channel as part of the XYZ Entertainment offering Foxtel used to buy. The subscription TV platform now owns the brand and has pushed it out to four channels. Looking over the audience and ad revenue success story is Barnes who has been working on the brand for six years after first arriving at XYZ in 2009. The LifeStyle Channel was initially the mothership which was used to feed content to the offshoots. However now those other channels – LifeStyle Home, Food and You – have grown in importance they are now programming their own commissions and first-run content. Both Nine and SBS launched FTA lifestyle channels this year to lure away some of Foxtel’s audiences, and don’t be surprised if Seven soon makes the decision it wants some of that too!