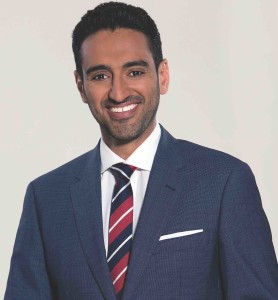 The broadcaster, lecturer and writer arrived at TEN’s early evening flagship as a replacement for Charlie Pickering, with Aly filling that role and bringing much more as well. The 7pm half of the weekday program is sometimes the channel’s most-watched program for the day with Aly ably adding his insights, charm and credibility to the format. The only thing stopping TEN using him more is his time limitations with his other commitments. One of those is a semiregular appearance on ABC’s The Offsiders on Sunday.