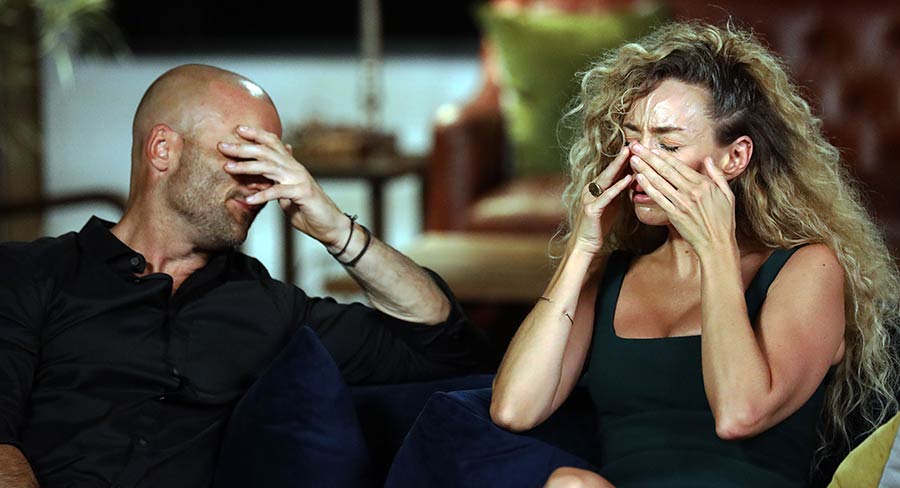 My Kitchen Rules has now faced off against MAFS for the last time this season with 710,000 watching the home cooks last night.

Seven then screened a repeat of the 2014 movie Kingsman: The Secret Service with 357,000 watching.

The Married At First Sight final night caused a wave across the channel early and late. Nine News was over 1m for the whole hour and then A Current Affair recorded its first 1m+ audience this year with 1.019m watching. One of the key attractions last night? Reporter Reid Butler hosting a MAFS season finale party.

And we have a new leader – the most-watched TV show of the year is now the Married At First Sight 2019 final episode with 1.968m metro and 2.611m nationally. Put in the 9Now crowd and we must be terribly close to an average audience of 3m. You’d have to think that figure could go unmatched in terms of entertainment shows this year, while only sporting events like major football grand finals and State Of Origin games will get up around that mark.

Both the Sydney and Melbourne audiences were over 600,000 for MAFS last night. Both sexes and all demos were focused on the program. Some 33 of the episodes have had VPM audience of 300,000 or more with the most-watched on demand episode (#18) now close to 500,000.

Also read: MAFS: Everything You Need to Know After Finale

Also bowing out last night was Bad Mothers with its biggest audience this season of 605,000 watching. Last week’s audience saw an extra 144,000 added in catch-up viewing taking the audience close to 650,000. This final episode could end up over 700,000.

The Project at 7pm was the channel’s best with an actual member of the cast of the sixth biggest movie ever, Bohemian Rhapsody, live at the desk. And what did they have time for? Just one question about the movie! Admittedly Gwilym Lee was there to talk about his new movie with the wonderful Miranda Tapsell, Top End Wedding, but a little more time would have been brilliant to hear about his role of Brian May in the movie hit. Waleed Aly looked like he would have loved to asked a few guitar questions. The 7pm half of the show was on 496,000 after an average of 404,000 last week.

After being down a host for a number of weeks (Denise Scott last night filled in again for Grant Denyer), one of the dancers had to pull out last night – Jimmy Rees went to spend time with his family after his son took ill. There was therefore no elimination with Constance Hall, Courtney Act, Jett Kenny and Samuel Johnson all through to the semifinal and the final fortnight of the show. The average audience last night was 393,000 after 427,000 a week ago.

A memorable episode of Australian Story last night with The Seekers all together and all looking in good health. The 60s global superstars reminded people just how big they were with hit singles and performances where they shared the stage with The Beatles and the like all those years ago. In two episodes of Australian Story this year the audience was close to 650,000, but last night it managed 715,000 and should do a bit more on iview for people watching another popular program on offer last night.

Four Corners then did 577,000 with a look at Chinese interference in Australian political life.

Media Watch was on 587,000 with a focus on election reporting while Q&A featured just Tony Jones and Josh Frydenberg at the desk with 328,000 watching.

It didn’t do huge numbers, but Queen Victoria And Her Nine Children was the channel’s best on 150,000.