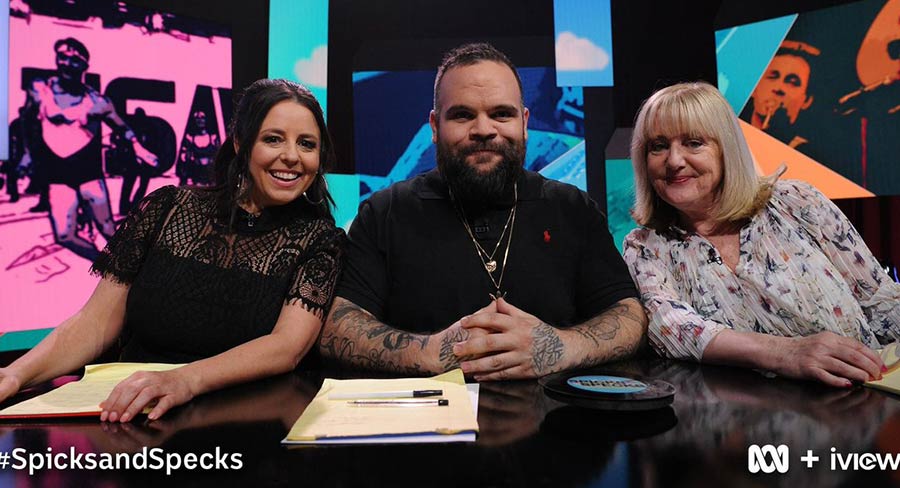 All Together Now was the channel’s Sunday centrepiece again with 660,000 after 514,000 a week ago. For only the second time this season, an act managed to receive a perfect score of 100.

Sunday Night then featured new evidence in the investigation of Jeffrey Brooks’s death. His parents have always believed he was murdered – and now, as the coroner announces the case has been reopened, reporter Denham Hitchcock and a team of forensic experts presented a new picture of what really happened. The episode did 553,000 after 518,000 last week.

On 60 Minutes Tom Steinfort investigated the death of young Australian Elly Warren who died in Mozambique. The episode also spoke to Pamela Anderson about bringing Julian Assange back to Australia. After a very strong 797,000 a week ago after The Block auctions, last night the audience sagged to 436,000.

A week after The Block finished, Tommy Little looked at the history of The Gatwick Hotel on The Sunday Project. Also on the show were Ricki–Lee and Bryan Ferry. (It’s been a big 24 hours for the Aussie singer after she starred on last night’s #1 program and then backed up on The Kyle and Jackie O Show this morning.) The Sunday Project was on 339,000 after 326,000 last week.

The much-anticipated reunion episode of Spicks And Specks with host Adam Hills and team captains Myf Warhurst and Alan Brough ranked #1 Sunday. While it tied with Seven News Sunday in regional markets, the episode was #1 nationally with 1.36m, ahead of the Seven News on 1.35m. The reunion episode boasted great guests and the episode continued to tick the entertainment boxes with nonstop guests across the hour. They included Dave O’Neil introducing an all-too-brief appearance from Pseudo Echo, Kram, Kate Ceberano, Troy Cassar-Daley, Russell Morris, Antoinette Halloran (opera singer), Cal Wilson introduced Kram and some mates including Adalita in an Aussie edgy rock supergroup, many more on video from Brian Mannix to Hamish Blake to Guy Pearce, plus Luke McGregor, Wiggle Murray, Angie from Frente, Lindsay McDougall, Ross Wilson, Guido Hatzis, Kate Miller-Heidke (multi-ARIA award loser with 15 noms, no wins). The episode kicked off ABC’s big commitment to Ausmusic Month. Spicks and Specks’ secret weapon on the winning team – Denise Scott. The special finished with a wonderful all-star performance of the bogan national anthem – Run To Paradise. The episode was dedicated to Richard Gill, Australian conductor and former contestant, who passed away last week.

A night of history ancient and modern started with the final episode of Ancient Invisible Cities – Istanbul on 202,000.

Later in the night there were two episodes of The 2000s on 146,000 and then two more of The Nineties late in the evening.