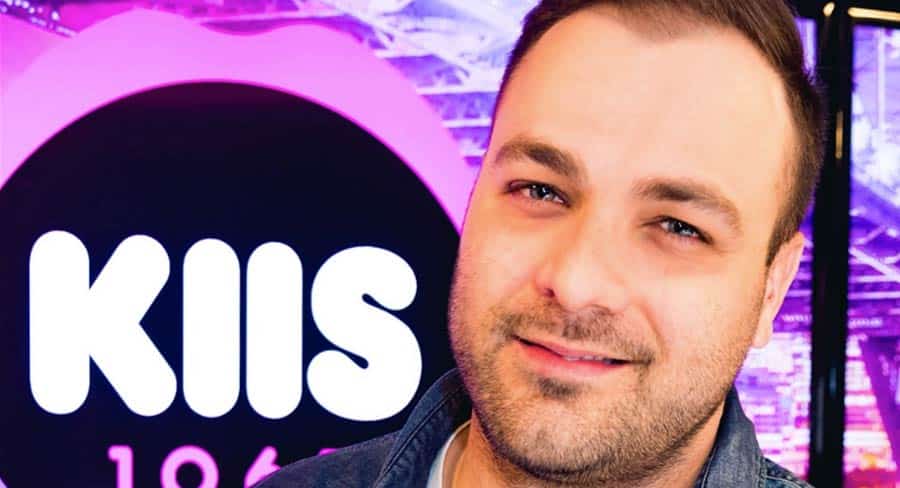 Bouchet is returning to work at Shriro, which distributes and manufactures home appliances and consumer electronics.

With just a few short words on social media yesterday, the Australian radio producer with arguably the biggest challenge each day, Bruno Bouchet, stepped down from the role.

“I’ve been doing radio since I was 15. Now, as a balding 32-year-old, it’s time to close that chapter of my life and embark on a new journey. I’ve made lifelong friends along the way and have been blessed to work with some of the most inspiring and beautiful people I’ll ever meet.”

As the person steering the radio show hosted by the highest-paid entertainers in Australia, Bouchet has to juggle the demands made on him, his team, and the hosts each day. It’s a task he has managed magnificently since taking on the role, but one he’s ready to let go of. However, his decision to step back from radio can’t have been an easy decision. Bouchet is married to Laura Bouchet, who executive produces WSFM’s Jonesy and Amanda show, just down the corridor from the KIIS studios. The two drive to work together every day across Sydney. ARN executives will be hoping she doesn’t decide to throw in the towel too.

Bouchet has worked off and on with Kyle and Jackie O for many years and is arguably the most-trusted EP the radio stars have ever had. Bouchet helped write the Sandilands autobiography Scandalands.

“After two years as executive producer on The Kyle & Jackie O Show, Bruno’s contract has come to an end and he’s chosen not to renew it,” said an ARN spokesperson said.

“Breakfast radio hours are intense and after two years of 2am alarms and long days, he’s trading that in to spend more time with his young family and is moving on to a new role outside of radio.

“In the coming week, we’re excited to be announcing the new executive producer to work with Kyle, Jackie and the KIIS team.”

Behind the scenes ARN was hosing down the role of the executive producer to the success of Kyle and Jackie O. Which is correct. Kyle and Jackie O have worked with a medium sided army of producers over the years from their time in evenings at 2Day FM, many of them so talented that you wondered how they could have survived without them. But survive and thrive they did and they focused on the big prize – their own careers for which they have been well rewarded. When the breakfast show moved from 2Day to KIIS many of the star producers guiding that show didn’t make the move with them.

There is no suggestion that Bouchet has fallen out with either of the hosts. Indeed the best-ever French radio producer to work in Australia got plastered at the breakfast show’s Halloween party on Friday night, somehow got home and then woke up on his front lawn on Saturday morning.

Bouchet is returning to work at Shriro, which distributes and manufactures home appliances and consumer electronics. Bouchet previously worked for them several years ago on the watch brand Casio.

Listening to The K&J show over the next four weeks should be good – Bouchet will leave radio, for now, with a bang.