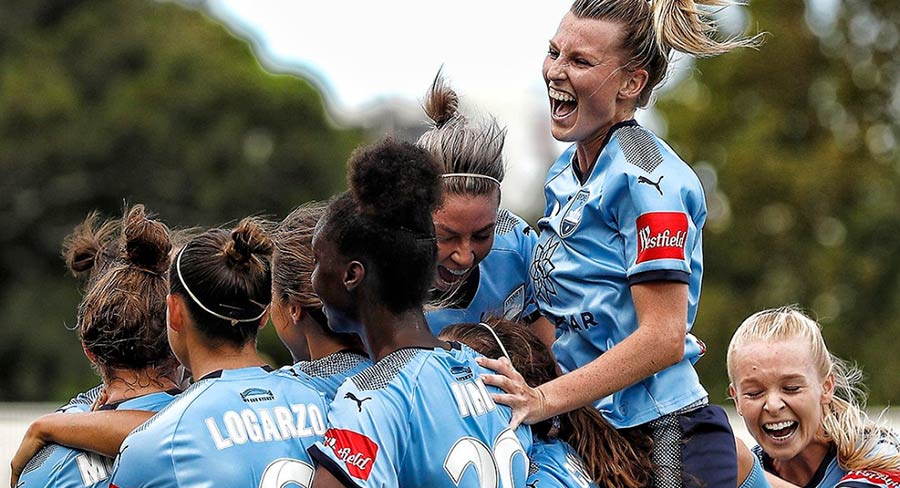 • The special guest on Mediaweek TV on the Your Money channel last week was NBL owner Larry Kestelman.

NBL: Larry Kestelman with Mediaweek on Your Money

The National Basketball League hosted its final regular game of the season yesterday. Then last night the League handed out its season awards including MVP, which was won by Sydney Kings star Andrew Bogut, and Coach of the Year, won by Melbourne United head coach Dean Vickerman.

The special guest on Mediaweek TV on the Your Money channel last week was NBL owner Larry Kestelman.

The investor and sports fan spoke to Mediaweek about why he bought the League:

“I’m sure a lot of people thought that I was completely crazy in investing this much time, money and effort into a sport that generally to commercialise is very difficult. I have to say it’s proven even more difficult than I thought. I thought [owning a] club was hard. But turning the League around was even harder, but I feel very much that in three and a half years we’ve built an amazing team. We work with some of Australia’s best brands now that have showed the same sort of belief in the product that we’ve created as we have. We have worked with five out of the five most trusted brands in Australia in the sport.”

Kestelman: “The number one thing that has to be done for any business is to actually fix the pillars, the basics of the business, and the first one or two years was really figuring out what business we were actually in. What is the product? We’re actually in the business of entertainment, so we look at ourselves as an entertainment product and part of that entertainment is the quality of the game on the court. We had to fix what was happening on the court and then off the court for corporates, fans, both at the game and on the TV screen. That’s been the labour of love and a lot of hard work.

“A big part of it is in sponsorships and partnerships. How do we get outcomes for our business partners, for their businesses? That’s how we live and breathe as a business to understand their business and to get them outcomes through a platform that everyone loves, which is sport.

“The difference with us is, because it’s owned by business people, we really dive into understanding their businesses a lot more and figuring out how we can use our product to get outcomes for them.”

“They’re enjoying it and it’s certainly great for Melbourne United because they expose them to the range of clients that they have. Crocmedia is led by Craig Hutchison, who is very, very creative and he finds ways to bundle products together to expose new people to the game. I think they are a happy owner and the club is very happy as well.”

Watch Your Money’s interview with Larry Kestelman here.
• Hear him speak about NBL media rights and what he learnt from Patrick Delany.

The Big Bash League has wrapped up with a memorable grand final that saw the Melbourne Renegades snatch an improbable victory as the Melbourne Stars looked like cruising to a win. Seven’s BBL audiences have never matched what Network 10 did the previous year. Even when factoring in the additional numbers watching Fox Cricket (which 10 never had to compete with), the total viewing this season hasn’t matched the 10 2017-18 numbers since January 6 – until the finals.

The grand final numbers on Seven on Sunday are as follows:

There was some commentary about the poor state of rugby ratings on television recently.

However the first weekend numbers for the launch of the SuperRugby season were strong for Fox Sports. Whether or not this new momentum can be retained as other football codes move in remains to be seen.

An early season game of rugby league screened on FTA and STV on the weekend. The Friday match in Melbourne featured Australian Indigenous All Stars V New Zealand Maori Kiwis.

The W-League Grand Final was a cracking match with some great skills and plenty of goals.

The TV broadcasters had 22,000 watching on Saturday afternoon via Fox Sports and then less than 50,000 tuning in on Viceland on FTA.