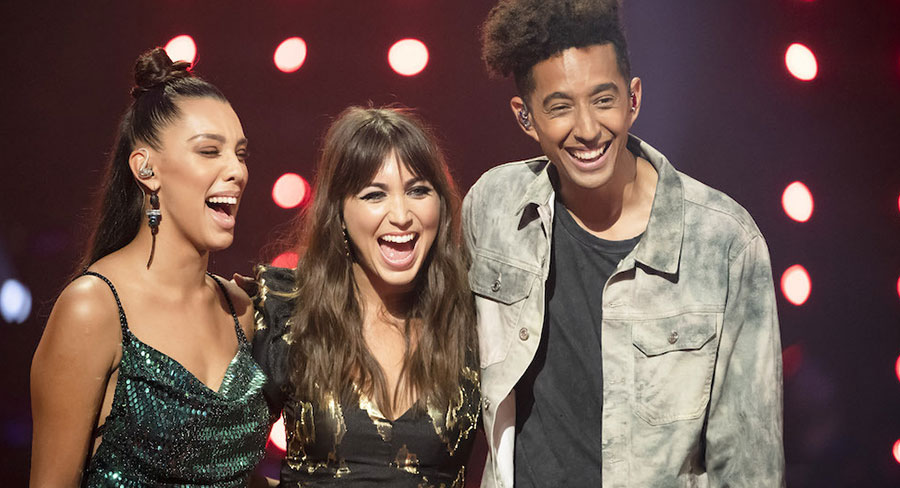 Seven dominated in the primetime and breakfast news slots.

Seven dominated in the primetime and breakfast news slots.

House Rules had just two episodes last week with one of them over 750,000.

It might rather forget the launch of The Super Switch with 308,000 and a slightly more competitive 381,000 for the second episode.

Nine’s share was down week-on-week after Origin boosted it to a winning position in week 23.

Nine’s The Voice pulled the biggest TV audiences this week with two of the three episodes, both knockouts, over 1m. The final of the blind audition episodes slipped below 900,000 on Sunday June 6 though in an episode with plenty of filler as the coaches completed their teams and the episode was also up against Australia v India in the World Cup cricket on Gem.

MasterChef hit a series high on Wednesday with 731,000.

The channel is working hard to promote its total viewers and on that front Five Bedrooms did very well, up from 332,000 in week 23 to 678,000 seven days later with catch-up, encore screenings and BVOD.

Also adding many more views in total viewers were Mr Black, Kinne Tonight and Have You Been Paying Attention?

News bulletins delivered the biggest audiences followed by Australian Story and Four Corners next best with each just over 580,000.

Alan Jones featured on Anh’s Brush With Fame with the numbers down slightly to 544,000.

The combined channel share of SBS was steady on 7.7%, but the primary share was down 0.1 to 5.2%. The channel’s biggest crowd gathered for coverage of the Australia v Italy Women’s World Cup football match on the Sunday night with 439,000.

Who Do You Think You Are? did 403,000 for the episode featuring Kerri-Anne Kennerley.