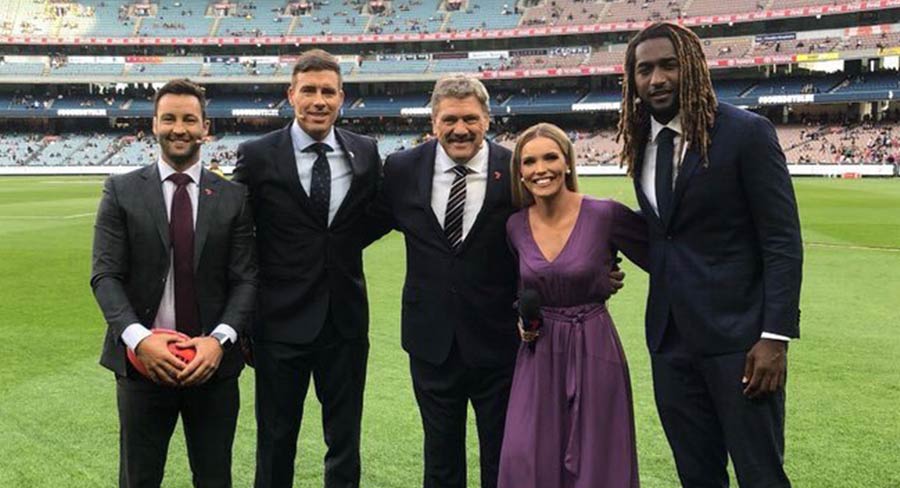 • Seven is back: High flying Thursday with share leaping to 25.2%
• Tigers v Blues, Game 1 2019 AFL audience up 14% in Melbourne
• Seven’s highest share this year, plus 7TWO and 7mate top multis
• Waleed and Scott Morrison moves the needle on The Project 6.30pm The start of the AFL season gave Seven a huge Thursday boost. It gave Seven its best primary share this year and equal second best since last October. Seven’s winning combined channel share was 36.8%, which was not only the best this year, but the best since that Royal Wedding Friday night in early October last year. A Better Homes And Gardens Special on global gardens screened on Seven and 7TWO in different markets with an audience of 254,000.

A Current Affair screened across four markets – no Brisbane – with 481,000.

Viewers in AFL markets saw RBT and then New Amsterdam.

The Project featured Waleed Aly with Prime Minister Scott Morrison in an ad-free interview to start the program. The segment boasted a metro audience of 585,000, which was up 93% on last week’s 6.30pm average audience. It proves the audience will tune in earlier for the right content – although finding something that compelling every week would be a challenge.

The Project had its biggest one hour audience since October 2018. The segment with the PM also attracted 226,000 Facebook live streams.

On Monday night, Waleed Aly meets with the Prime Minister of New Zealand Jacinda Ardern to talk in the aftermath of the Christchurch terrorist attack.

The only Australian journalist invited for a sit down interview, Aly hears first-hand the tragic events of Friday 15 March, the day 50 people lost their lives and another 50 were injured.

Escape From The City was in Orange last night with 366,000 watching.

That programming combo delivered a primetime primary share of just 9.1%, the station’s lowest since January. Melbourne dropped to 8.2% where a lot of the ABC Tiger supporters were missing.

The final episode of UK drama Trust Me was a cracker with 75,000.