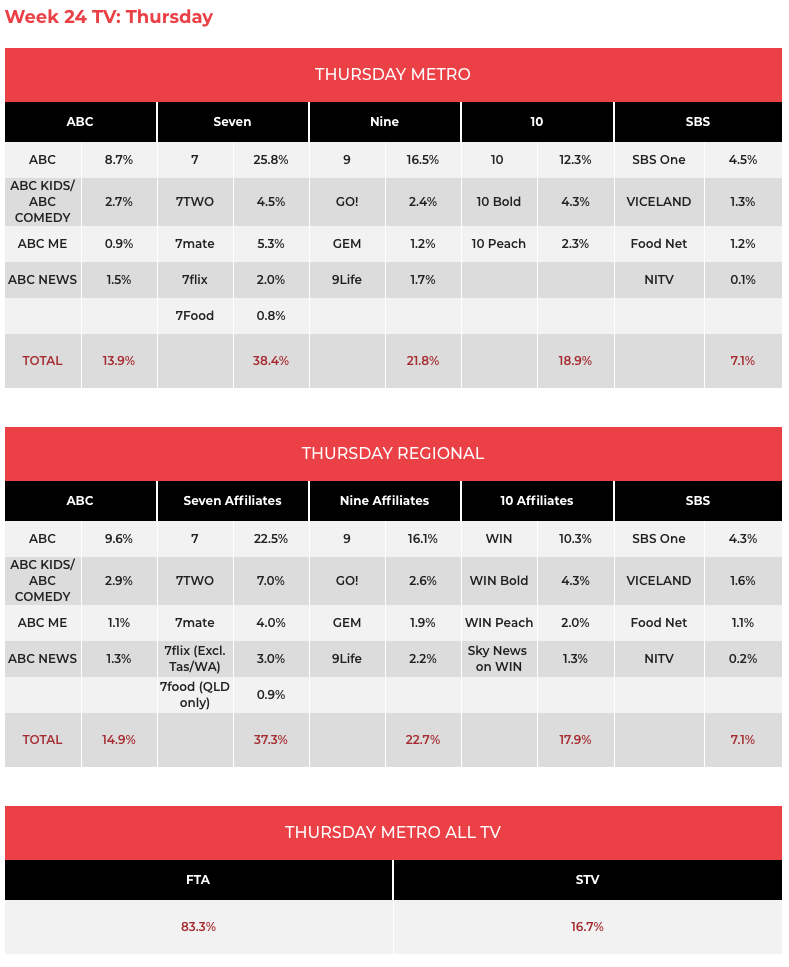 Home And Away episodes on offer varied around the network with live AFL on the primary channel in Melbourne and Adelaide. The average network audience was 575,000 after three nights close to 700,000 earlier in the week.

Britain’s Got Talent screened in all markets at very different times with 303,000 watching.

Queen singer Adam Lambert was a guest on The Project after 7pm, talking about Bohemian Rhapsody and singing for the classic rock outfit. And who knew he had a bit part in the movie! The episode was on 403,000.

After joining the judges and contestants on the MasterChef team challenge at Hanging Rock last night, Maggie Beer was back for the elimination challenge. After 565,000 last week, this week’s Thursday episode was on 663,000.

The first of three new episodes of Lune Media’s Taboo then did 309,000. When an episode screened during Pilot Week it did 277,000. Host Harley Breen certainly did the heavy lifting during a media blitz over the past couple of weeks.

Escape From The City did 343,000 with home hunters looking for a property around Rutherglen in northern Victoria. 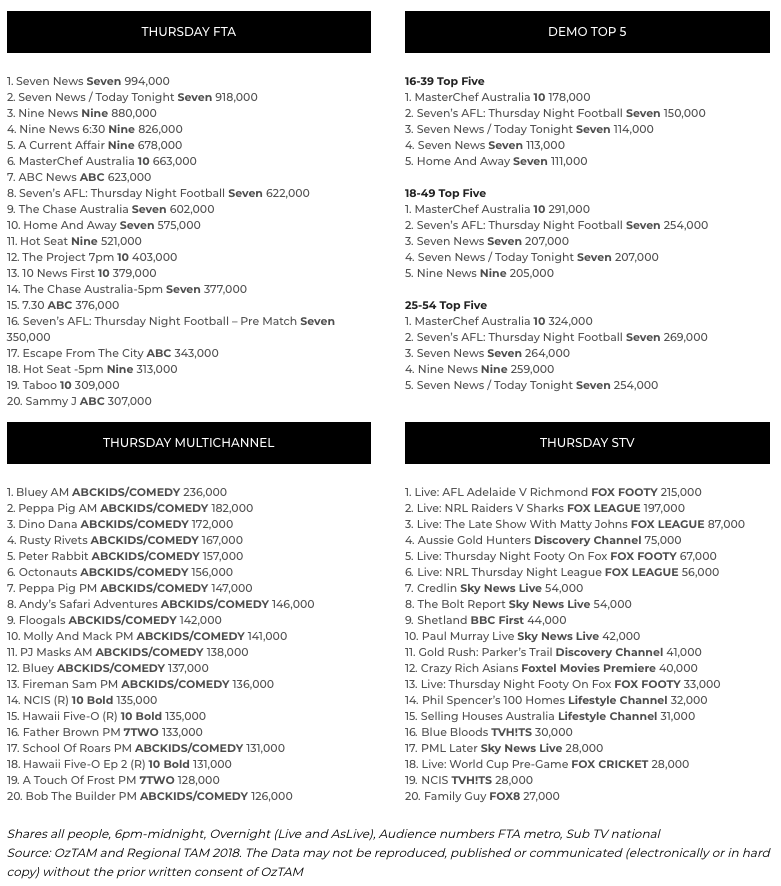