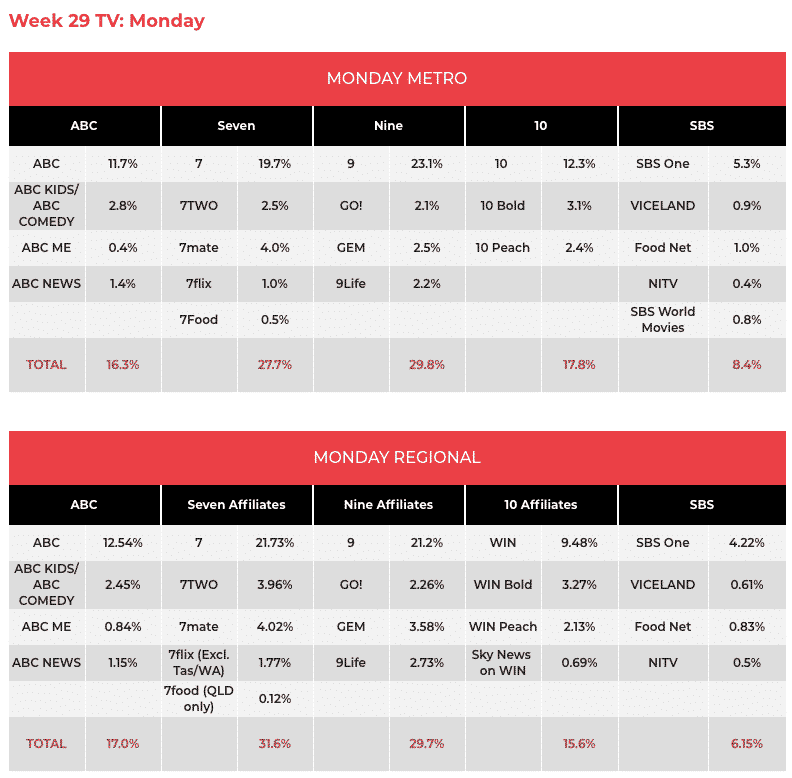 The House Rules final challenge sees the teams remaining having to create a luxury loft in a week. Best reno will be crowned 2019 champion. The start of the Grand Final was on 644,000 after 784,000 on Sunday.

A shoplifter featured on the first A Current Affair of the new week with 830,000 watching.

An episode of Murder, Lies & Alibis then did 442,000. The program featured the full never-before-told story behind the greatest bank heist in Australian history.

On The Project, Susie O’Neill spoke about swimmer Mack Horton while actors Travis Fimmel and Luke Bracey discussed a new film. The episode was on 512,000 after 7pm.

MasterChef Australia fan favourite Tim Bone, known in the MasterChef house as T-Bone, has been eliminated for the second time in the competition.

The Prince Harry doppelganger has fallen from the throne one night short of cooking in the Grand Finale, which means Larissa, Tessa and Simon are this year’s Top 3 and will battle it out for the coveted title tonight.

Have You Been Paying Attention? was on 668,000 with a cast featuring Ed Kavalee, Abby Coleman, Marty Sheargold, Ash London and Sam Pang, with guest quizmasters Belinda Sharpe and Ricardo Goncalves.

Back Roads was in Victoria’s wonderful Fish Creek with 645,000 watching.

Four Corners featured part one of Hero or Villain: The Prosecution of Julian Assange from reporter Michael Brissenden and did 509,000.

Media Watch included a report on how Channel 10 had covered the George Calombaris salary scandal. The episode was on 503,000.

Q&A then did 352,000 with UK political strategist Alastair Campbell among the guests.

The channel has found another British Royal Family doco in Spending Secrets Of The Royals which did 173,000 at 7.30pm. 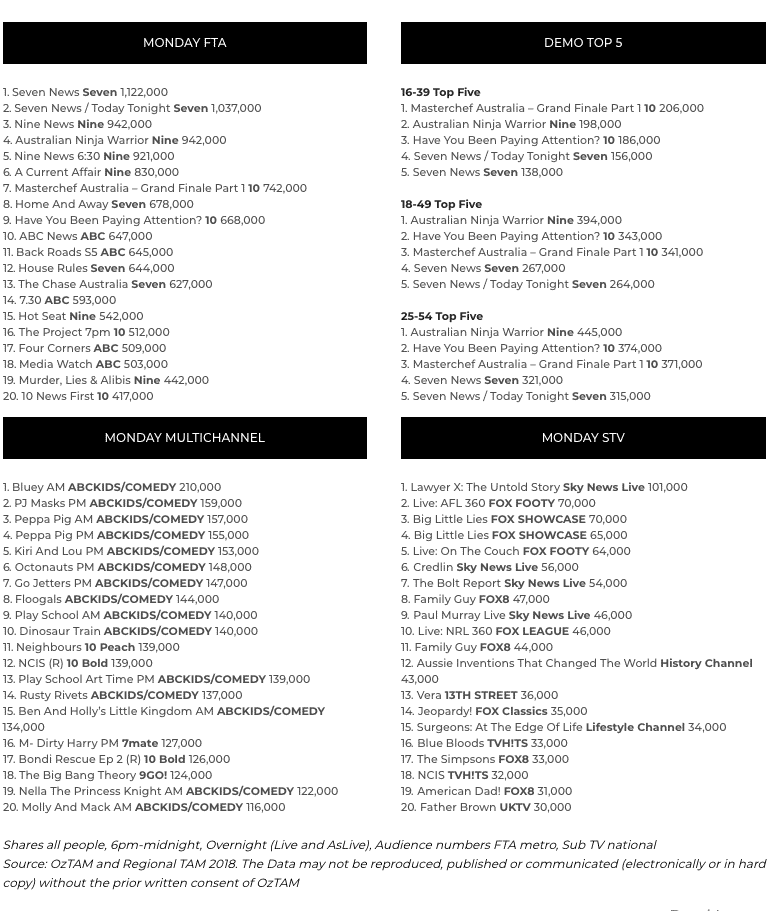