Nine has segued seamlessly from the Australian Open fortnight of victories into the start of TV’s #1 reality show – Married At First Sight. The show’s seventh season started with two weddings on the first episode with over 1.1m metro watching the ceremonies and the aftermaths. Add in the regional and streaming audiences and the total number will surely be closing in on 2m.

Also doing well on Nine last night was the return of A Current Affair after a fortnight off. The audience of 772,000 saw a MAFS preview.

Later in the evening Nine was in British Royal Family mode with Harry and Meghan: A Royal Crisis on 566,000 followed by a repeat of Diana: The Day the World Cried on 260,000.

Nothing wrong with Seven News audiences last night where the metro total was over 1m for the hour.

It was My Kitchen Rules: The Rivals that needed to lift after a poor launch on 498,000. The numbers did climb, but only ever so modestly, to 517,000. A couple of more poor performances will mean its average audience could be locked around 500,000 unless the channel reveals some major newsworthy scandals.

10 has replaced I’m A Celebrity with Survivor and the 24 players on Australian Survivor: All Stars attracted a launch episode audience of 624,000. The 90-minute opening took a while to get to the action and it ended with the surprise elimination of a former winner. While the program didn’t launch as well as previous Australian Survivor episodes, Network 10’s chief content officer Beverley McGarvey said: “We’re pleased with the audience for the first night of Australian Survivor: All Stars. On a very competitive night, it performed well in our key target market of under 50s and generated excellent year-on-year growth in its timeslot. The new season is fantastic and we can’t wait for viewers to see how it unfolds.”

The ABC had a big night on a primary share of 14.7% with the return of Four Corners and Q&A. However both programs were outrated by the little show that causes some industry angst, Media Watch. As Paul Barry started with a News Corp and Sky News examination, the audience was sitting on 633,000, winning its timeslot and outrating many programs last night.

Four Corners was hosted by Hamish Macdonald and featured frightening bushfire video and incredible stories of survival with 592,000 watching. One reason it may not have done better is some may have found it too harrowing to relive some of the recent fire crisis again.

Q&A saw Macdonald back on duty in front of a big audience to talk bushfires and where to now. The episode ran close to 10.45pm and did 484,000 which is the biggest audience for some time and perhaps amongst the best ever.

The return of The Royal Family Affairs & Infidelities performed best for SBS with 178,000. 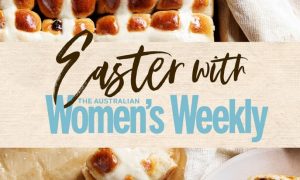