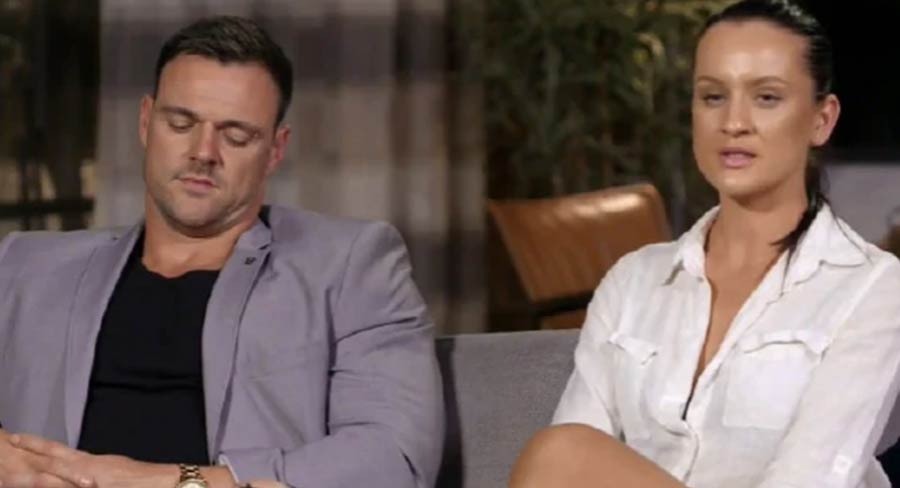 The gap between first and second widened last night, although Seven was able to marginally lift its Sunday primary share from 18.4% to 18.8%. With Nine able to claim its best start in a decade, Seven is recording its lowest shares in Q1 for close to a decade.

My Kitchen Rules did 751,000, which was well down on last Sunday’s 902,000. It was a disappointing result for beauty queens Veronica and Piper who botched their main course with Pete and Manu scoring them just 4 out of a possible 20.

A colossal 30% primary share wasn’t a huge deal in the past but it is a rarity these days as 20 separate channels jostle for OzTAM share on the FTA platform. Driving the Nine result of course was Married At First Sight, which did well after coverage was splashed across News Corp Sunday newspapers. The more Nine try to hose down the scandal elements (Are they? Really?) the more the public wants.

The audience of 1.659m last night pushes the episode into the ratings books. The best last year were the series final of MAFS on 1.90m while the biggest regular entertainment episode on any channel last year was the final dinner party on MAFS, which did 1.76m. The next best regular episode last year (not a series final) was the launch of The Block on 1.25m. (All those 2018 numbers are consolidated 28.)

After MAFS, 60 Minutes managed to creep just over the 1m mark as Michael Jackson’s latest accuser made allegations to reporter Liam Bartlett about what went on inside the Neverland Ranch.

The channel had its lowest Sunday primary share of the year with 9.0% (discounting Sunday of Week 1 which was technically the last Sunday of December).

The broadcaster has bet big on new 7.30pm franchises this year and so far the score before last night was 1 from 2. Meaning Dancing with the Stars was a keeper and Changing Rooms was not.

It might to too early to put the new Sunday Night Takeaway in the second category, but it was not a great launch result with 383,000. However going up against a show as hot as MAFS is not easy for anyone. The format screams Saturday Night to some, although the would be a massive roll of the dice given commercials broadcasters reluctance to program anything except sport and movies on the quietest TV night of the week.

The Project wasn’t able to provide much of a lead-in audience with 302,000.

Sunday Night Takeaway ran well over the advertised finishing time, which means the corrected number could be even lower.

“Chris & Julia’s Sunday Night Takeaway was a big swing for 10 last night and while we’re disappointed it didn’t have a bigger impact, we’re happy to have offered fresh, family-friendly entertainment as an alternative on a Sunday evening. Chris and Julia pulled off a mammoth task and we’re so proud with how seamlessly they pulled the show together, mere moments after arriving back from Africa.

“The great thing about a live show is that we can listen to the feedback and tweak the show making it snappier as it builds over the coming weeks.

“We can now promote all of last night’s popular segments retrospectively and show a broader audience that next week you too could Win the Ads or become part of the Happiest Minute on television!”

The final of the three-part Magical Land Of Oz looked at human impact on wildlife with 538,000 watching after the first two episodes were also both over 500,000.

Part two of a repeat screening of Secrets Of The Pyramids attracted the biggest audience with 154,000 after 7.30pm.

A doco on the bombing of PanAm flight 103 released 30 years after the tragedy, Lockerbie: The Unheard Voices, did 132,000.