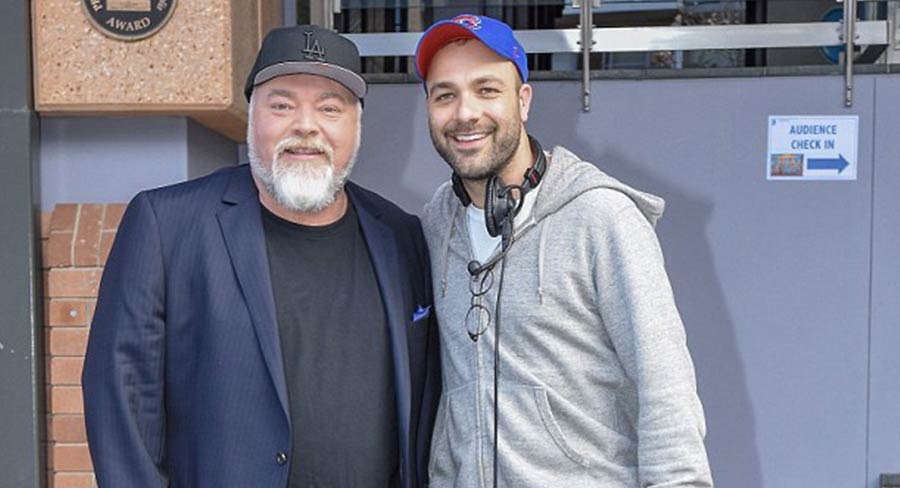 Just weeks after finishing as the executive producer of The Kyle and Jackie O Show, long time radio producer Bruno Bouchet has taken on the role of managing director of the King Kyle business.

Bouchet’s departure in early November from KIIS 1065 was the first part of a major Sydney breakfast show shakeup at ARN in Sydney. The second of two Bouchet bombshells to rock Sydney radio was dropped when his wife Laura revealed just after the start of radio ratings this year she too was quitting as Jonesy and Amanda’s EP for a role at SCA’s Triple M.

After Kyle revealed on air last week he had a new manager, Bruno Bouchet told Mediaweek: “Over the past 10 years, Kyle and I have worked together on radio, TV and on his book – stepping into the role of managing director of King Kyle seems like the next logical step in our working relationship.

“The company’s expanding quickly into a variety of different sectors (alcohol and freight just to name a few) and I’m pumped to be at the helm of King Kyle’s next chapter.”

The move means Bruno returns to be involved with ARN much sooner than any of the executives might have expected. It also means a change to the boardroom table when it comes time for contract talks for the highest paid entertainers in Australia. Bruno will now have a seat at that table alongside former Austereo managing director Brad March who now manages Jackie Henderson who is part of his Marchmedia talent stable.

Bruno told Mediaweek about the change of role: “Having a background in business was definitely one of the reasons Kyle brought me on board, but – honestly – I think he liked the idea of having a cranky Frenchman with a gorgeous dad bod join his company.

“It was only in December that I left the executive producer gig of the radio show, I think that – coming back so soon – means I have to hand back my farewell present … so if anyone wants a diamante-encrusted pimp cup with the initials ‘BB’ engraved on it – feel free to hit up ARN management for it.”

About the management change within King Kyle, Sandilands said:

“Normally with former staff I have the same regard for them as used toilet paper, but in Bruno’s case he was too good to throw away. With Bruno running things for me in Australia, Andrew Hawkins will continue to represent my interests on the H2coco board and run the music company in Los Angeles. Tegan Kynaston will continue her incredible job as director of communications. With such a strong team, I’ll now be able to spend more time concentrating on watching Foxtel.”