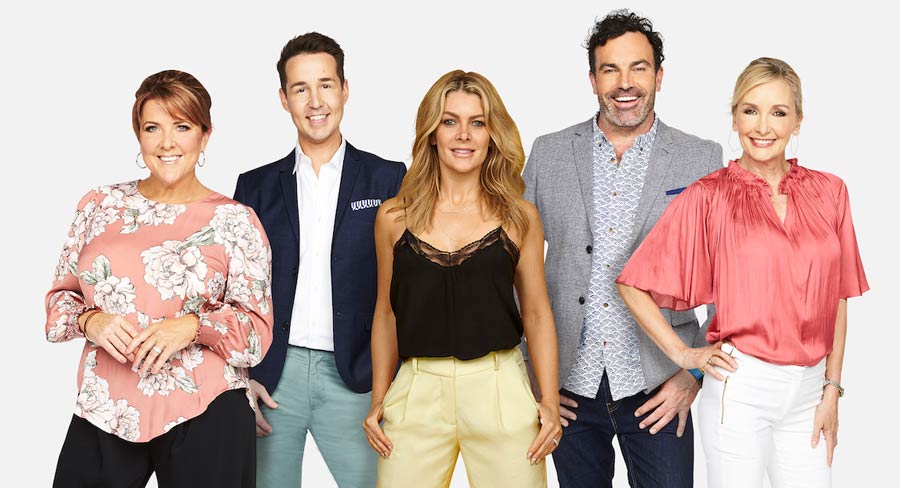 My Kitchen Rules featured the group two team of Victor and G who had the hard task of following Tuesday’s Hall of Famers. Their main course of Pork Rib pleased the judges, but they missed with their entrée and main. They trail the group leaders by 46 points. The final episode of the MKR week did 766,000 down 816,000 from last week.

A Current Affair carried a story about a Queensland fake doctor busted again. The episode did 717,000.

Married At First Sight ended its third week just short of a season high on 1.29m. The episode was all over the media this morning in a return to form and it means three of four episodes this week were over 1.25m.

After MAFS wrapped for the week, 9Life’s Talking Married was seen by 157,000. Tough night for the primary channel with a midweek share under 10%.

The numbers for The Project were soft with 323,000 after 7pm despite Eric Bana spending time on the desk at the end of the episode. The smaller audience wasn’t an ideal launching pad for Changing Rooms.

There were tears during the first Changing Rooms reno reveal. At first the homeowners didn’t know where they were at first glance, but when it sank in where they were they seemed thrilled with the result. And so they should be as the rooms were significantly better than before. Same during the second room reveals – tears and then joy at what happened.

The Changing Room launch numbers were (very) disappointing on just over 200,000 yet it will have some clear entertainment air tonight against Seven’s sports alternative. Although it would be brave to forecast too much growth after these numbers. 10 has already indicated the show won’t be back at 7.30pm on Wednesday next week after the poor launch.

Hard Quiz featured Alcatraz, REM, Indonesian political history and Meccano as the specialist subjects. Tom Gleeson went hard on one of the guests who had early onset Parkinson’s disease. “Why did you go early? Did you want to beat the rush?” The episode did 607,000 after 571,000 last week.

Network 10 has helped promote the stars of Rosehaven this week – Luke McGregor was on Hughesy We Have A Problem on Tuesday and Celia Pacquola was a panelist on The Project last night. The ABC sitcom did 429,000 after 452,000 a week ago. The studio audience that was part of Get Krack!n last night included Merrick Watts sitting in the front row. “This is the best studio audience we have ever had!” claimed the girls after no studio audience last week because they were on location on the Murray River. The Get Krack!n attempts as audience participation were hilarious – if only Ellen’s audience looked that disinterred on her show. Watts played an audience member called Mark and he traded “Fuck you” insults with the hosts. After launching on 263,000 a week ago, episode two did 234,000.

McMafia has found a place on FTA with the channel launching the first series last night with a double episode that averaged 173,000.

Earlier in the night a repeat of Gourmet Farmer was on 115,000 followed by Great British Railway Journeys on 176,000.