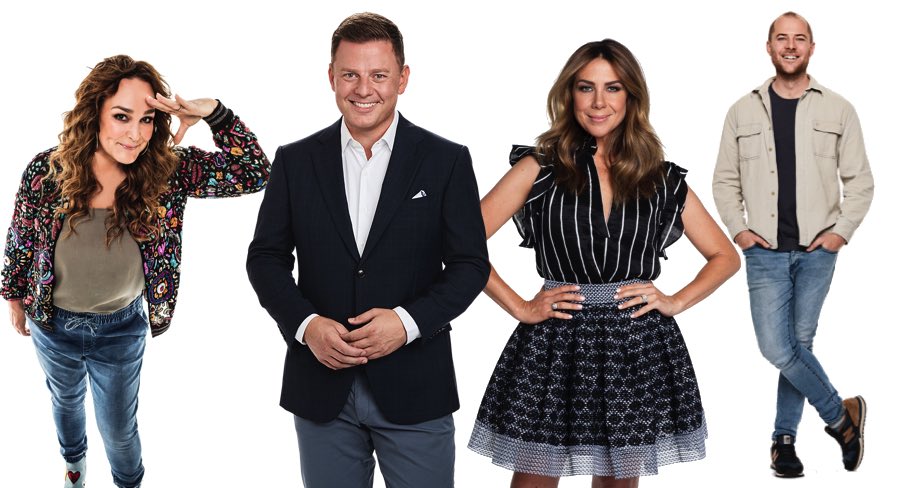 • Find out the winner of the Best Drive Radio Show

For this category Mediaweek mixed both FM and AM drive radio shows. Perhaps unfairly though, given that the AM nominees on this list are single-city programs while the FM shows are national.

It is therefore no surprise that the results have heavily tilted in favour of FM shows.

As a reminder, here are the nominees for this category: Nova Entertainment won 14 ACRAs at the Commercial Radio Awards earlier in 2018 with the national drive show Kate, Tim & Marty winning three of them.

Without wishing to diminish the power of the combo, Marty Sheargold is the single most critical part of the Nova drive mix. He is the comedic bomb thrower who lobs comedy gold that is often edgy, unpredictable and nearly always hilarious.

Radio professional Tim Blackwell is the glue that holds the trio together. He also contributes his own comedy gold of course, and he pushes and prods Marty and Kate to bring out the best in them.

Kate Ritchie is the TV star-turned-radio sensation who helps draws a huge audience eager to hear how she will go challenging her co-stars in comedy combat across the two hours of their weekday program.

Trying to analyse how and why it all works is probably a step too far so let’s not indulge any more. Suffice to say, it’s a great show and a fun listen! Definitely the new kid on the block in this trio – although both Jane Kennedy and Mick Molloy are no strangers to radio having worked together a long time ago as part of The D Generation on Melbourne’s Triple M. The station paired them again at the end of 2017 and although creatively the magic has worked, their program has yet translated to radio ratings gold. The show started under the watch of executive producer Sam Cavanagh who at first left on long service leave and later quit radio to work in an ad agency.

In noting their success in 2018, let’s not overlook the contribution of Dangerous Dave, the straight man anchor on Triple M drive and a long-time Triple M contributor. We have written many times here about how this successful combo is now at their third radio network. The partnership started at Nova with a breakfast show that ran for 12 years. After a year out of radio, they reunited at ARN handling a new national drive show on the rebranded KIIS Network. After three years at ARN they switched over to SCA’s Hit Network, taking over from Hamish and Andy in the drive slot at the start of 2018.

They have finished the year at the top of the FM tree in Melbourne. The show is #2 in Brisbane and Perth, #3 in Adelaide and let’s not mention Sydney where the station does them no favours.