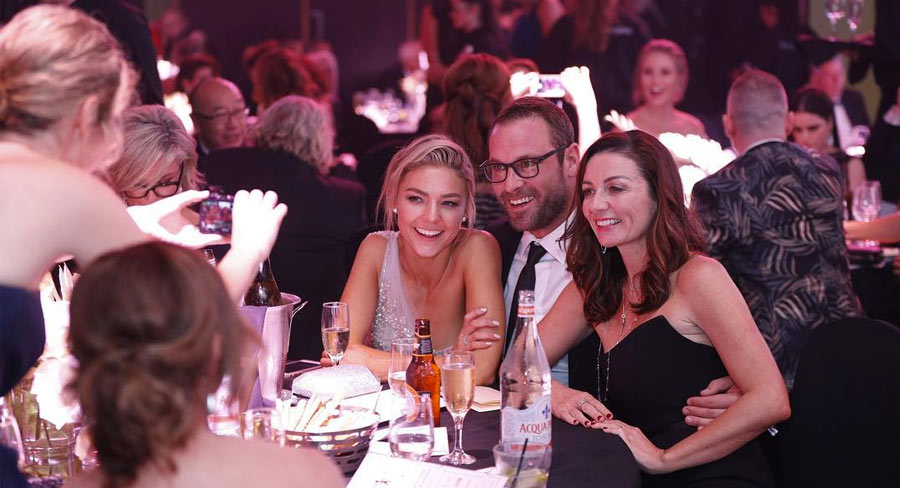 Network Ten was the big winner at the 60th TV Week Logie Awards on Sunday night, securing eight wins from 21 nominations, including a Gold Logie for Grant Denyer.

Network Ten managed a total of 21 nominations at the 2018 TV Week Logie Awards, and ended the night with a network-best of eight wins.

After 22 nominations for no wins in previous years, Grant Denyer is now the owner of two TV Week Logies.

The biggest winner was FremantleMedia’s Wentworth, which won three Logies.

Both A Place To Call Home and Selling Houses Australia were unlucky after multiple nominations for both. Four wins from 20 nominations was a pretty good conversion rate for the ABC at the 60th TV Week Logie Awards.

The network could also maybe make a claim for a piece of the Grant Denyer wins after The Weekly, Hard Chat, and other ABC TV and radio shows got behind the #Denyer4Gold campaign Tom Gleeson launched last week.

David Anderson, ABC director of entertainment and specialist, said: “Congratulations to our Logies winners and to all our nominees for helping to provide distinctive programs of relevance and value to the public.

“The ABC is dedicated to delivering original Australian content and Australian voices every day, all over the country.

“The Logie Awards winners exemplify the rich diversity and depth of programs across the ABC that inform, educate and entertain Australians.”

The Nine Network could rightly be a little disappointed with two wins from its 22 nominations at the TV Week Logies this year. While it is an honour to be nominated, it is also pretty good to win too.

The network grabbed a third Logie with 60 Minutes making it into the TV Week Hall Of Fame.

Doctor Doctor or Rodger Corser were up for five awards for no wins.

Tracy Grimshaw too was the recipient of no Logies despite three nominations, yet she was a winner for the way she conducted herself in the lead-up, which of course included her Mediaweek interview. When actor Hazem Shammas arrived on the TV Week Logies stage last night at The Star to accept his Logie, he joked, “I don’t need this. I have just danced with Kelly Rowland.”

Shammas was one of the audience members who jumped up to jive with Rowland as she performed a medley of tunes just before his win was revealed.

Two wins from nine nominees was a great result for SBS although Safe Harbour may be a little stiffed it didn’t win more with nominations for Nicole Chamoun and Ewen Leslie, who were both also magnificent in Safe Harbour.

The CEO and managing director of SBS, Michael Ebeid, congratulated the winners and everyone involved in social media posts last night.

Two wins from five nominations is a result that very much pleased the Stan contingent after it made a real splash on Logies weekend on the Gold Coast with a drama funding announcement at a Logies eve event.

After the awards for its Romper Stomper series, Mike Sneesby, Stan’s CEO, said: “Stan is so proud of producers John [Edwards], Dan [Edwards], Geoffrey [Wright], our outstanding cast including Jacqueline McKenzie for her extraordinary Logie-winning performance and the whole team that brought this remarkable and important story to the screen. As the future of television unfolds we are so excited to be part of it and this award is important recognition of where we are heading.”

Upon its 2018 New Year’s Day premiere on Stan, the six-part series became the most successful in Stan’s history, recording more viewing in its first 24hrs than any previous premiere. The series was picked up by BBC Three for the UK territory and by SundanceTV, which saw the show broadcast in multiple territories on the SundanceTV Global channel including Eastern Europe, the Netherlands, Spain and Portugal and Latin America.

The Seven Network is reporting a best-ever ratings performance so far in 2018. That success didn’t translate to the Logies though with just one win from its 12 nominations this year.

Home and Away continues as the most successful show ever in 60 years of TV Week Logies. However, as winner Ray Meagher noted last night, even it needed to win more than just one award per Logies night to keep up its average.