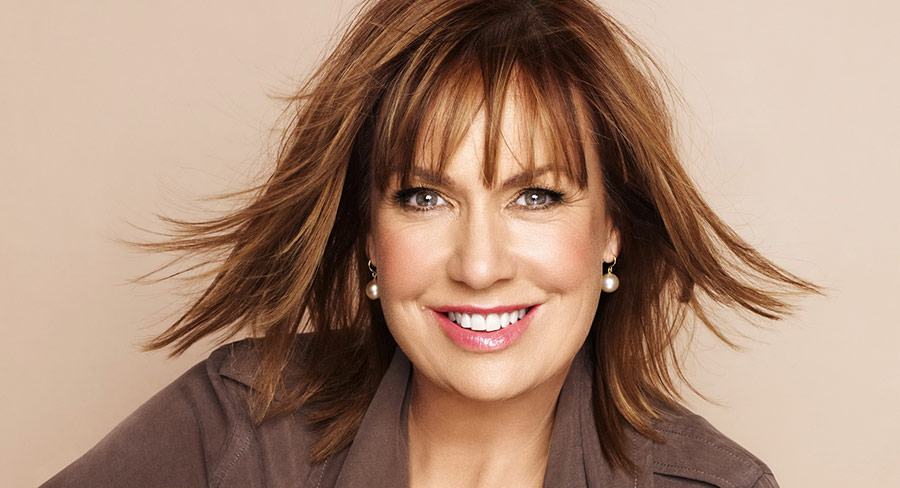 Tracy Grimshaw on Logies, offers from Seven and TEN, support for ABC

• It’s all happening, Gold Logie nomination and her own TV Week cover
• ACA host reveals how Nine stopped her from accepting jobs at Seven & TEN
• Despite 37 years in commercial media, Grimshaw is a huge ABC fan

“I am still getting my head around being in contention for a Gold Logie,” Nine’s Tracy Grimshaw told Mediaweek on the morning live voting opened again for the 2018 TV Week Gold Logie nominees.

“It’s been a 37-year career and it hasn’t happened yet… and now suddenly it has happened,” she said with a laugh.

“I am immensely honoured and flattered,” she added in a more serious tone. “I am also a bit baffled. It is nice and I am enjoying the ride.” Grimshaw admitted she hadn’t followed Logies voting closely in years gone by, but she was aware this is the first year a week of voting takes place up until moments before the announcement of the winners.

She started to chuckle again when she said, “There is still another week of lobbying to be done.”

The host of Nine’s A Current Affair admitted she finds herself in the unusual role of self-promotion.

“There is nothing uncomfortable about being in contention for something like this… it is just all round lovely.

“Promoting myself is not my natural state.

“It is not painful to answer questions [during interviews] obviously. I just need to grow up. [Laughs]

Along with a first-ever Gold Logie nomination, Grimshaw also got her own dedicated TV Week cover this week. “It would be all the nominees surely,” Grimshaw said when we broke the news to her. “Well, that’s it… I could retire right now. I have now kicked every goal I have ever wanted to kick.” [Laughs]

Grimshaw noted she had been in contention for various TV Week Logies over the years, but never the Gold. This year she is up for three in total. “My little head is spinning.”

Changing the subject, Mediaweek asked her about the overdue recognition for ACA which, despite winning its timeslot nearly every night of the year, still manages to fly under the radar to a certain extent.

“It is extraordinary for a show that wins its timeslot nationally every night. Other [lower-rating] shows seem to make more noise and get more attention. I don’t say that with any resentment at all. Maybe it happens because we have been on-air for so many years and when you have been around for a long time you kind of get taken for granted by the commentators.”

We asked Grimshaw if the perception some have about the program was very different from the reality, she replied: “Most of the people who might criticise A Current Affair don’t watch it. They might parrot what they read elsewhere.

“We are a hybrid show and we know that. We will be as likely to do a whole half hour on Don Burke or Tick and Kate Everett talking about their daughter Dolly as we will report on feuding neighbours or how to make your dollars go further in the supermarket.

One of the highlights of watching A Current Affair is its sense of humour and the tongue-in-cheek approach to some of its stories.

As well as enjoying a laugh, the reporting team remains pretty dogged, not afraid to confront people trying to avoid them.

“We take people’s security pretty seriously these days now that we have a vigilant HR department,” said Grimshaw.

“Twenty or 30 years ago when Marty King was getting belted over the head with watering cans you had to be a little bit tougher then. These days everyone has to look after themselves.”

Executive producer Steven Burling returned to the show six months ago after a break during which time he worked at 60 Minutes. “He had been my producer on ACA at one stage and then he ran the Sydney office for a period. He is doing an amazing job,” said Grimshaw.

Grimshaw and many of the team have been with the program for many years. “It’s a really happy office,” said Grimshaw, looking for an explanation about what bonds them together.

“I can’t compare networks because I have spent my whole career at Nine so I can’t tell you what it is like to work at Seven or Ten or the ABC. My experience of Nine over 37 years is that it encourages longevity. It is a hard place to leave – you put down roots and you develop friendships. The ACA office exemplifies that.”

Office disputes are few and far between, with Grimshaw explaining there are occasional different points of view about how to approach a story. “But everyone knows their job and what the show is.

“Most importantly we know who our viewers are and we know what they want. We know how they are living their lives and what their priorities are.

Feedback is important with the host saying people won’t hesitate for a minute to tell them what they think about the show or a particular story.

As to the future of A Current Affair, Grimshaw said: “I like the direction the show has taken over the past year. When I first started [13 years ago] I wanted to bring the interview back to ACA. At that stage the interview was dead on the program. There was a view that talking heads were boring for our viewers. But of course people are fascinated by talking heads and a good interview. It is well and truly back and I am happy with that.

“The direction we have taken that allows our reporters to do longer-form pieces is also a good change.”

Grimshaw also noted that EP Burling allows longer stories to now run either side of an ad break. “That is quite innovative and it allows the reporters to really structure a longer story. You need to be able to back your people and we do that.”

Tracy Grimshaw could have moved to Seven

“There have been offers for me to work elsewhere over the years, but not armloads,” admitted Grimshaw. “I have been offered various things, but not in recent years. Probably the general view is that I am entrenched at Nine. It was not possible for them to get me to leave earlier so why would I leave now?”

She said a couple of the offers nearly tempted her to depart. “As you are obliged to, I brought it to the powers-that-be at Nine and they offered me something attractive, which persuaded me to stay.”

Without wishing to specify what the job offers were, she told Mediaweek, “I have had job offers from Seven and Ten, but not in recent years. And I am not suggesting to you I have had people beating down the door. I have never been offered anything by the ABC.”

Although Grimshaw hasn’t worked at the ABC, she appreciates what they do during a time when they have been the brunt of much criticism.