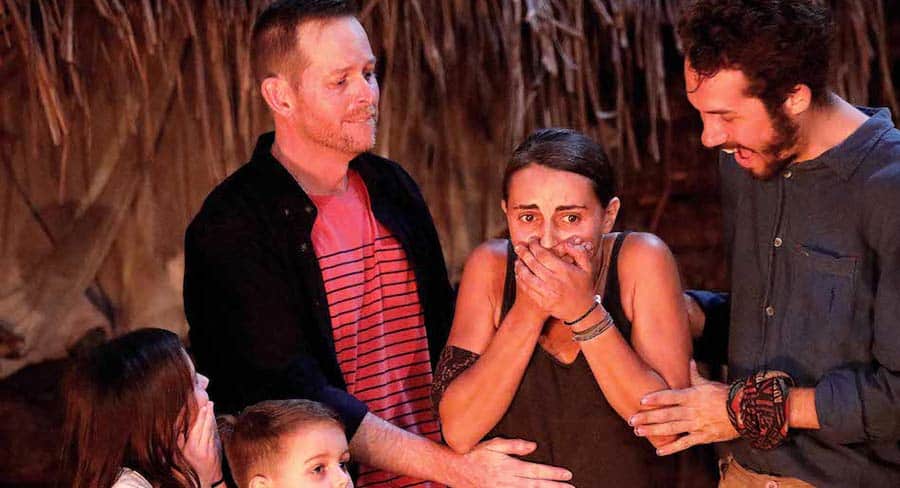 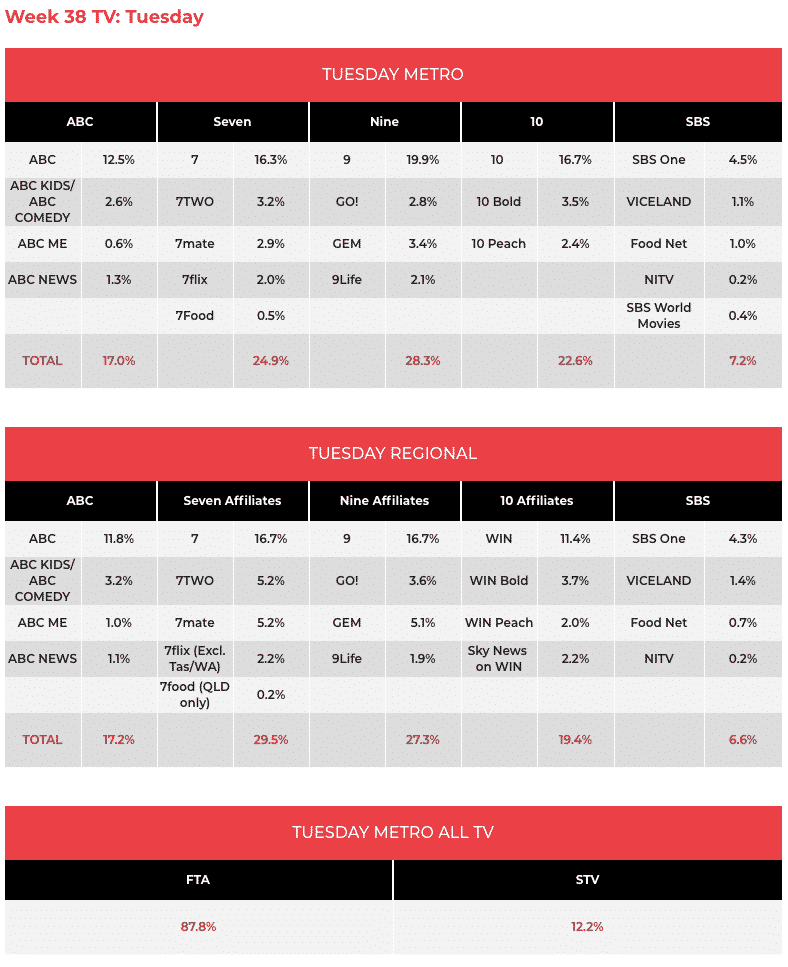 The channel’s ob doc double Border Security and The Force used to be an unbeatable combo in the schedule. Not so much these days. Last night both episodes were close to 450,000. They replaced Dogs Behaving (Very) Badly, which moved later in the evening with 161,000 watching.

A Current Affair slipped to 791,000 after 845,000 on Monday. The show provided another warning for investors thinking of timeshare as a way to spread their portfolio.

The Block doesn’t get outrated much, but last night it trailed Network 10 all people and in demos. As some light relief during Kitchen Week, Scott Cam held a lucky dip with all teams collecting large cash prizes except Mitch and Mark who only managed a $50 prize. They weren’t happy. The episode did 857,000 after 968,000 on Tuesday last week.

The penultimate episode of SeaChange was on 494,000 after 537,000 last week. In the new Mediaweek TV podcast, Andrew Mercado said he has had enough of the show, claiming recent storylines have been way too bazaar.

The Project was a plug-a-thon after 7pm with lengthy segments on Survivor, an interview with Luke in the studio, and then The Masked Singer, with Tommy Little visiting the set. The episode did 530,000 after 7pm. 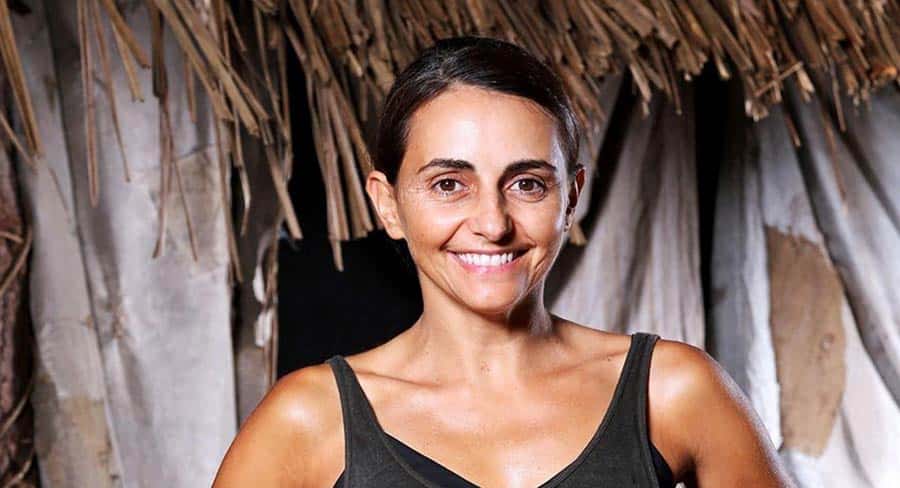 The final moments of Australian Survivor lifted above 1m for the second time in a finale episode in the four years the franchise has lived at Network 10. And for the third time in four years a woman has been the Sole Survivor. This year it was the smiling assassin Pia Miranda, with the actress clinically detailing how she went about claiming her victims in an explanation of her methods to the jury last night. Baden was perhaps the surprise package this season getting all the way to the final two. But he failed to win over the jury with all nine members swept off their feet by Pia who won in a 9-0 landslide. For her trouble she walks away with half a million dollars. If 10 decides to invite all former winners back for the All Stars episode next year she could be visiting Fiji again sometime soon.

The final episode started on 923,000, which was actually just 3,000 less than the audience watching the Monday episode this week. By the time the jury was ready to vote the audience climbed to 1.04m, the first time over 1m since The Winner Announced reached 1.08m in 2016. The season last year didn’t end until the second week of October with both parts of the final under 900,000.

This year’s Survivor final again made 10 the #1 channel and network under 50 and all key demos for the night.

Old People’s Home For 4 Year Olds had the biggest audience after the ABC News with 546,000, down from 658,000 a week ago with one episode left in the season.

Earlier in the night Foreign Correspondent was on 389,000. 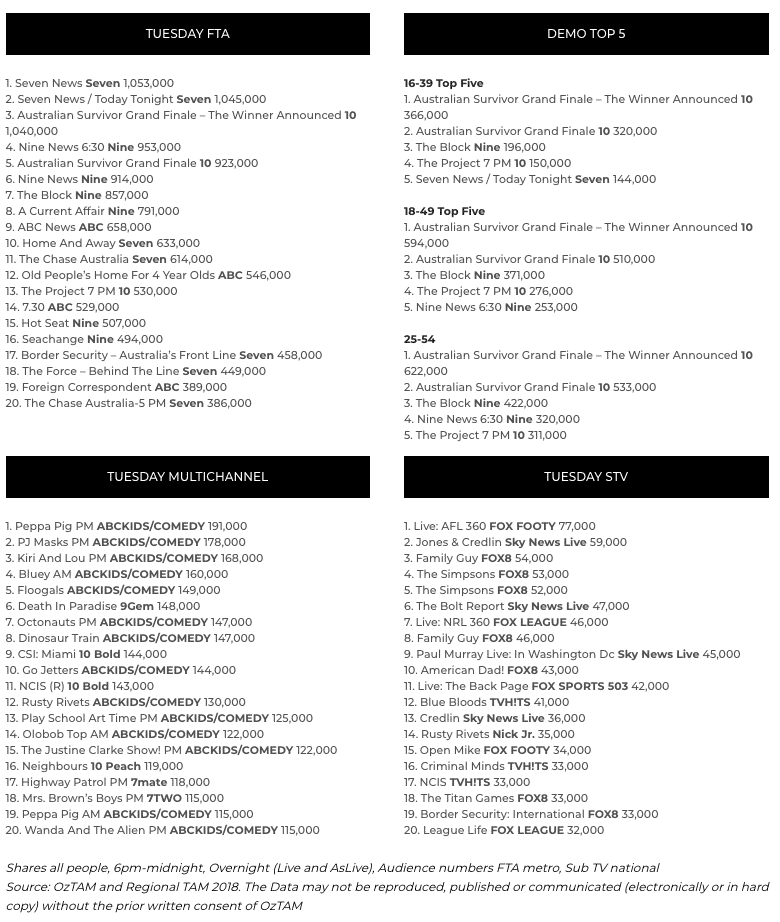