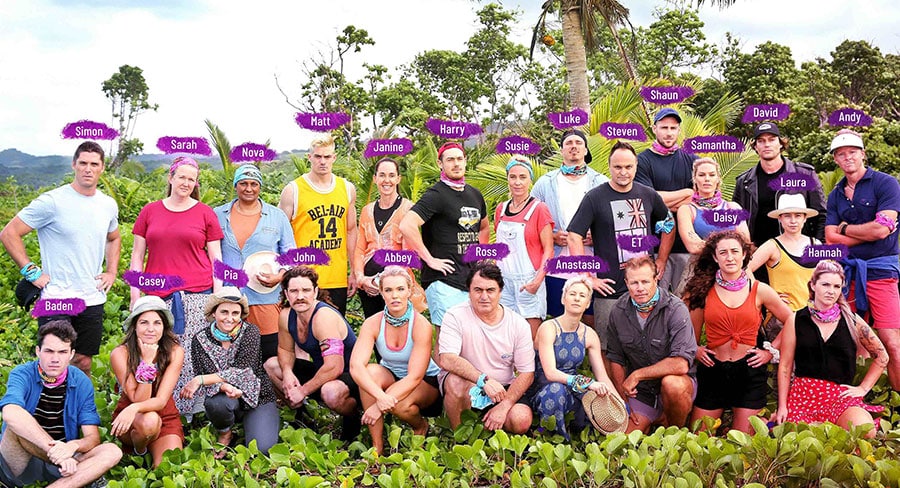 • The season that outwitted, outplayed and outlasted them all

The votes have been tallied and this season of Australian Survivor broke audience records across all platforms – television, online and social – outperforming 2018’s record breaking season, reports Network 10.

Alliances were broken in the game and outside of the game, these were records that were broken this season: 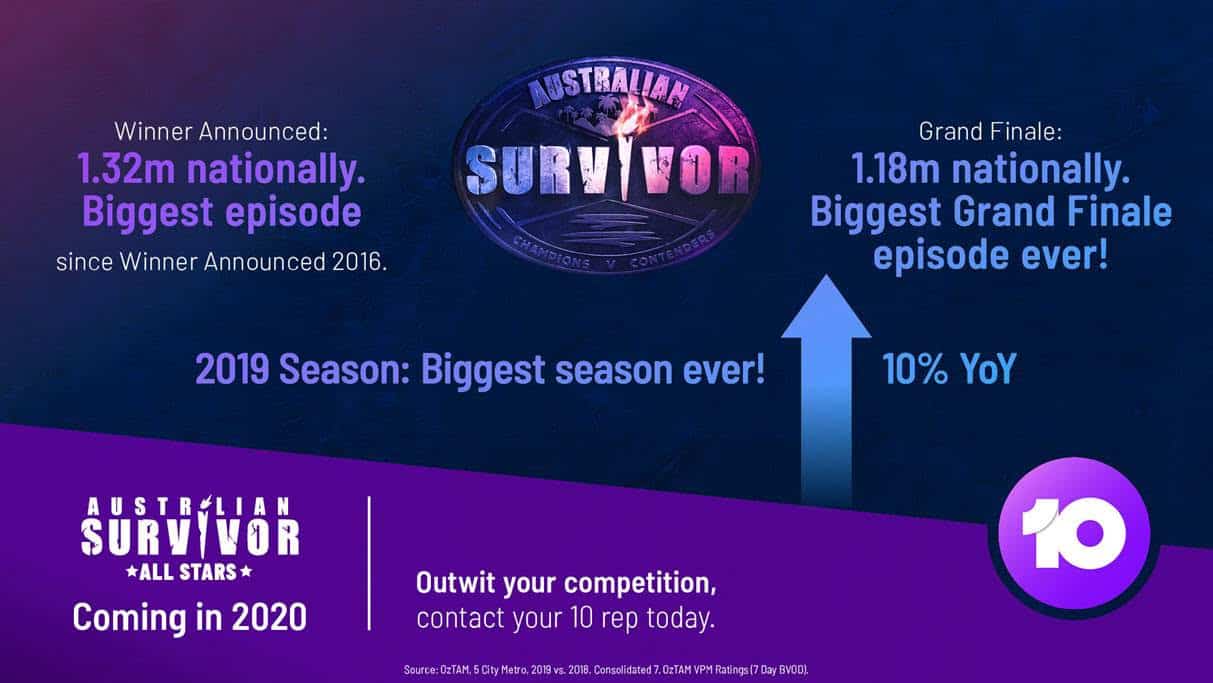 Australian Survivor’s 10 Play companion show, The Jury Villa, which followed the journey of jury members after they are eliminated from the game, achieved an average BVOD audience of 52,000, UP 64 per cent year on year.

In the important advertising demographics, Australian Survivor was a challenge beast and across its run was the #1 show in under 50s and all key demos (16 to 39s, 18 to 49s and 25 to 54s).

Network 10’s chief content officer Beverley McGarvey said: “From the gameplay to the blindsides, the contestants to the challenges, we’ve really enjoyed bringing this season to audiences.

“The contestants gave it their all, right until the end. The final endurance challenge was the longest we’ve had across all seasons – six hours and 40 minutes. Congratulations to Baden Gilbert who secured his place in the final two after winning the challenge. And congratulations to our 2019 winner, Pia Miranda, for outwitting, outplaying and outlasting our phenomenal group of contestants.

“Pia played an incredible and understated game which ultimately won her the title of sole survivor in a unanimous vote. A very deserving winner.

“I’d like to extend thanks to our contestants who put everything on the line during the game, our brilliant production partners Endemol Shine Australia, excellent host Jonathan LaPaglia and everyone at 10 who worked tirelessly on sharing the Survivor story with the rest of Australia.”

The penultimate episode of the season, which broke hearts across Australia as fan favourite and people’s champ Luke Toki was eliminated, was the highest rating episode of the season (excluding the finale) attracting an average metro audience of 927,000, 1.09 million nationally.

The most-watched episode on 10 Play was episode 22 which saw Luke Toki play a tribal advantage to blindside Abbey Holmes. The episode was watched by 98,000 across 7 days on BVOD.

The most popular episode of The Jury Villa was the episode that saw old rivals contender Shaun Hampson and David Genat reunited out of the game after their respective blindsides. This was watched by 58,000 across 7 days on 10 Play.

Network 10’s chief sales officer Rod Prosser said: “This season, Australian Survivor delivered game changing results for our sponsors. I’d like to thank those who have supported us through our biggest season ever. We would not have been able to achieve such a successful season without you.

“Six seasons in and it’s fantastic to see the show continuing to break creative boundaries for brands and advertisers. Bring on season seven!”