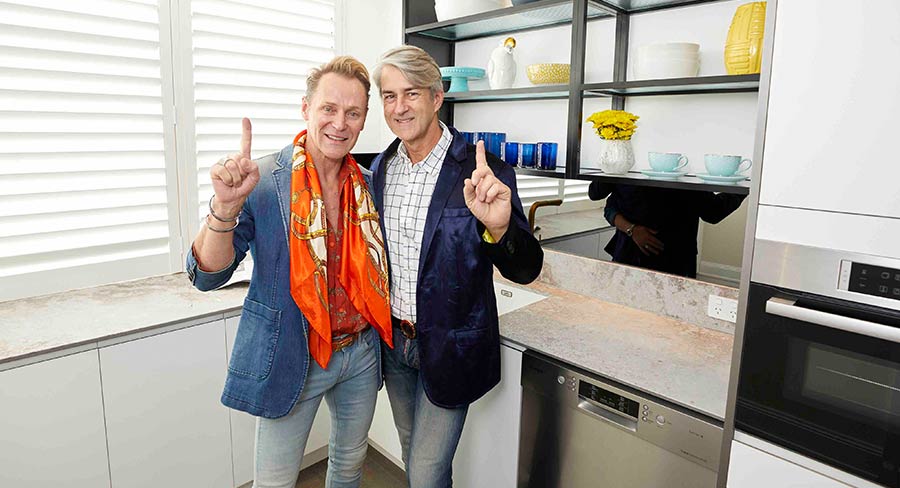 • The Block passes the hallway mark with another 1.1m+ audience
• Nine final night of Test cricket pushes it network share over 42%
• News and Australia’s Got Talent keeps Seven competitive 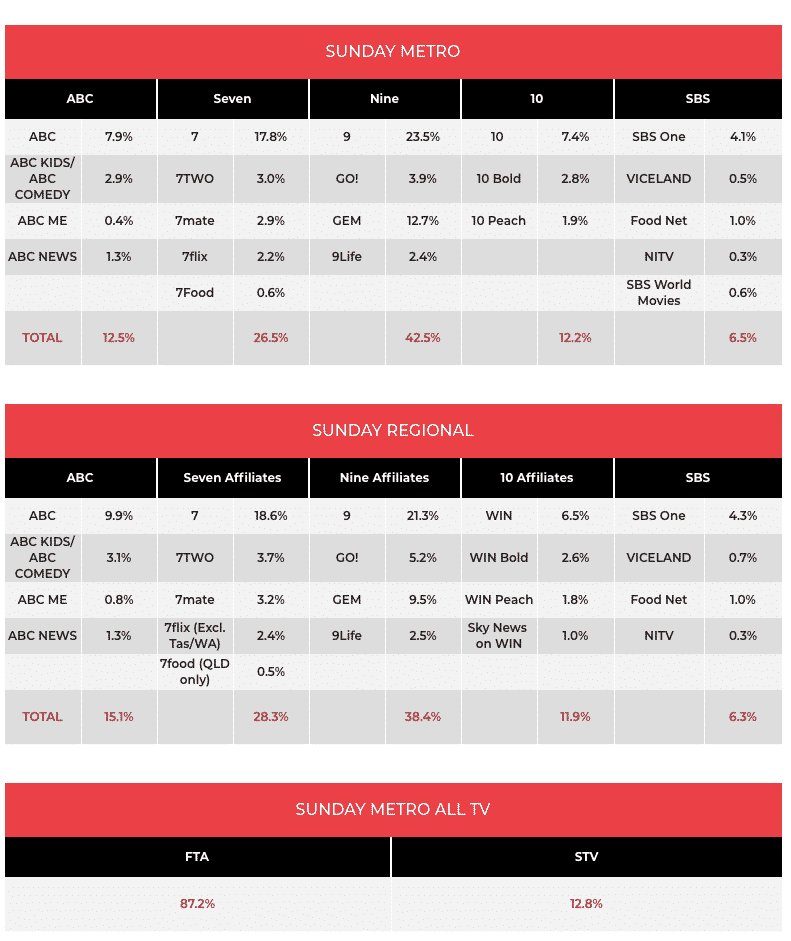 At last the Australia’s Got Talent grand final is on the horizon. The last semi-final screened last night with 659,000 watching after 700,000 watched the semi final a week ago.

Sunday Night then featured a report from Steve Pennells taking a mother home to visit Chernobyl. The audience was on 400,000 after 390,000 for the previous episode.

The last night of Test cricket for the foreseeable future on Nine helped the broadcaster to a network share of 42.5%. The primary channel was on 25.5%, well ahead of Seven on 17.8% while the primary shares for 10 and the ABC were both just under 8%.

The cricket isn’t helping shares elsewhere, but Nine is keeping its big audiences tuned into The Block with another 1.1m+ Sunday audience after 1.14m a week ago. Last night was the reveal of the master ensuites, sort of. Scott Cam blew time after some work finishing of the various rooms and then tried some standup comedy before reading out the scores. He also noted the show is at the halfway mark. Style guru Neale Whitaker said Mark and Mitch were displaying Chutzpah as they show off their various rooms. They were perhaps lucky to win though with what was dubbed a “party penthouse” against some great bathrooms, work which included one bathroom with a tap in the ceiling!

60 Minutes followed with Allison Langdon spending time with the Backstreet Boys on tour, which included watching from the front rows at one of their concerts. The episode did 509,000 after 665,000 a week ago.

On 9Gem the final day of The Ashes saw Australia crumble as it fell well short of the target of 400,000 in its second innings. The audience was 593,000 for the first session, but as the wickets fell, the number dropped to 247,000 for the second session.

Sunday afternoon sport on Nine saw audiences of 500,000 for the last of the first weekend of NRL finals. The grand final of the Super Netball did 187,000.

The Project was the broadcaster’s biggest show with 349,000 after 7pm.

Richard Attenborough was called on again for the 7.40pm slot with Empire of the Ants on 333,000.

Michael Portillo returned to the 7.30pm timeslot with his wonderful Great Indian Railway Journeys, which did 194,000.

The doco Backtrack Boys from Catherine Scott then did 104,000. 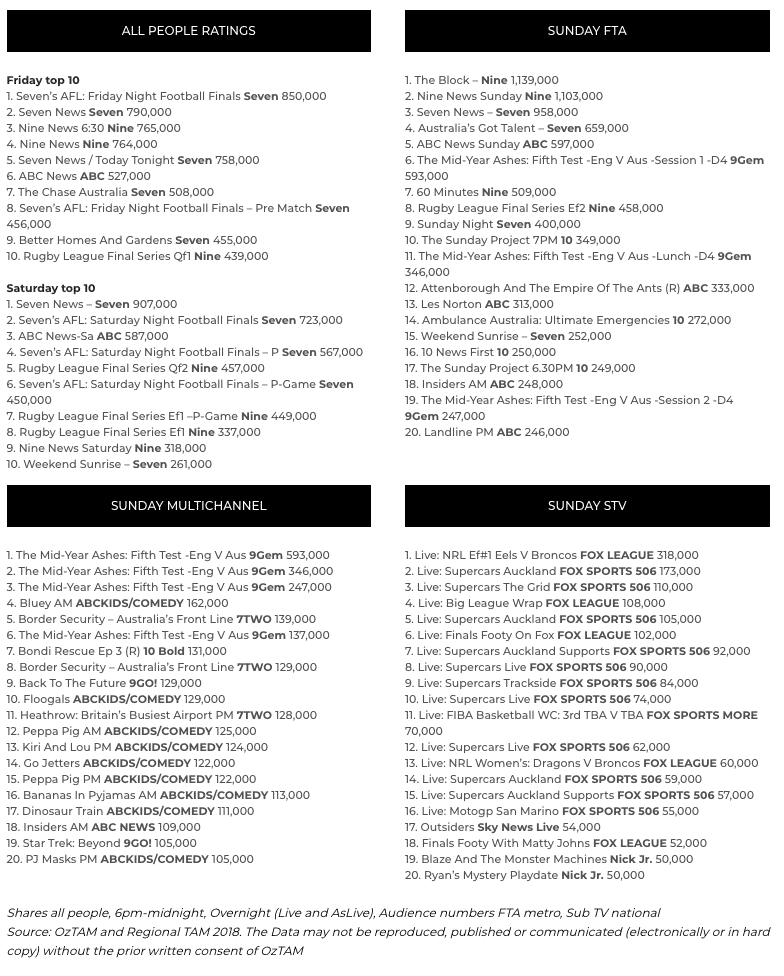