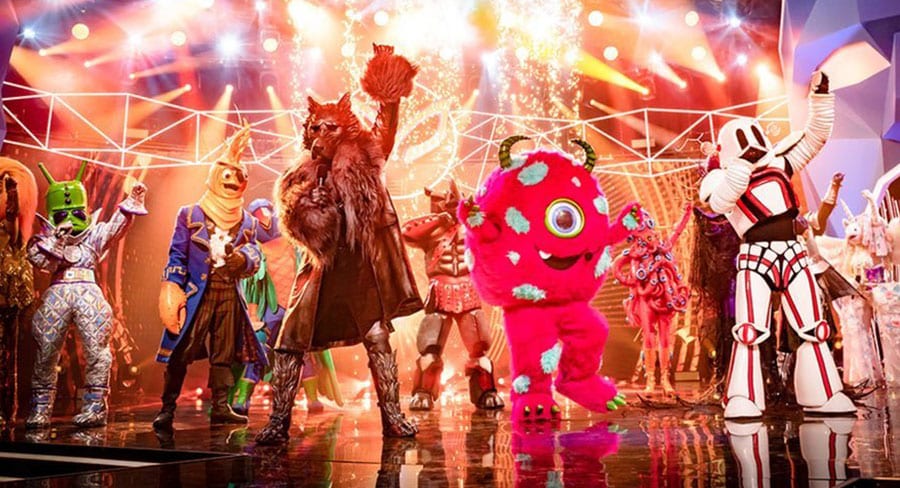 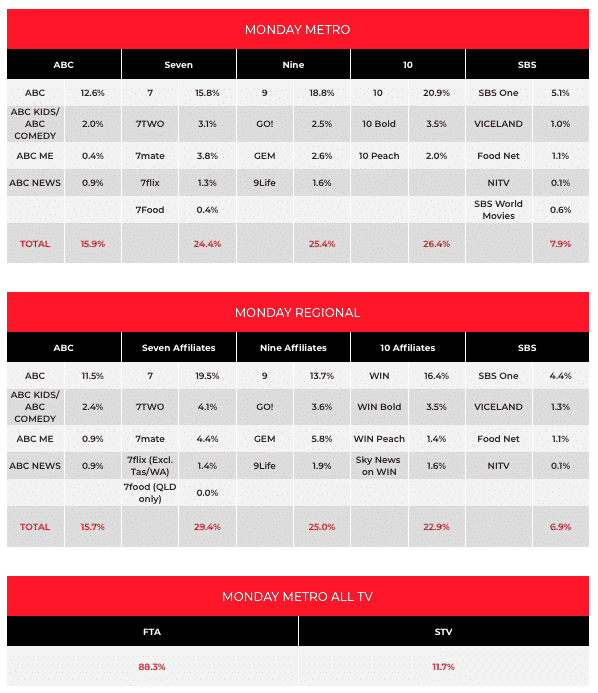 Leila McKinnon was guest-hosting A Current Affair with an exclusive Sylvia Jeffreys interview with Jeff Fenech. The episode was on 756,000 after a week 42 average of 672,000.

The Block started Hell Week, which is being labelled the biggest week ever in Block history as the teams finish off the remaining interior of the build – hallways, a media room or study and any remaining powder rooms, laundry, stairs, bedrooms, flooring or skirting. The Monday episode was on 897,000 after 978,000 a week ago.

The broadcaster has taken a double win with a primary and combined channel share victory with its biggest 6.00-10.30pm audience in 12 months.

The Project bumped returning comedy genius Josh Thomas to the first half hour of the show. It was perhaps appropriate the awkward comedian got caught up in an awkward interview that got stuck on his dog without him having time to reveal how he had been building his US career. Later in the show The Masked Singer got the prime spot with Hughesy joining the desk to talk up the final. The episode hit 550,000 after 7pm following a week 42 average of 446,000.

The Masked Singer Australia was the power behind 10’s massive night with 1.050m watching the first part of the Grand Finale. That later grew to 1.372m for the reveal of Cody Simpson as The Masked Singer. The only one of the celebrity panellists who guessed correctly was the one that was thought by some to be a dud pick for the show – Lindsay Lohan.

Have You Been Paying Attention? had been having a great run of episodes over 800,000, now the series has recorded successive weeks over 900,000 – 926,000 last night. Tony Martin stood in for Ed Kavalee and he joined regular Sam Pang plus guests Marty Sheargold, Ash London and Melanie Bracewell.

Tommy Little was then back on after his appearance on The Project, with Just For Laughs on 370,000.

Australia Story featured the amazing story of Jock Palfreeman‘s 12-year fight for freedom from a Bulgarian prison with 508,000 after 659,000 watching a week ago.

Four Corners reporter Michael Brissenden examined Lawyer X and the underbelly murder investigations. The audience of 533,000 got in ahead of much to follow, this and next year, from Sky News, Nine and Foxtel, among others working on Lawyer X projects.

Media Watch then did 487,000, taking the opportunity to have another swing at Kyle Sandilands.

Annabel Crabb guest-hosted Q&A, but some of the Tony Jones regulars didn’t front with 277,000 watching.