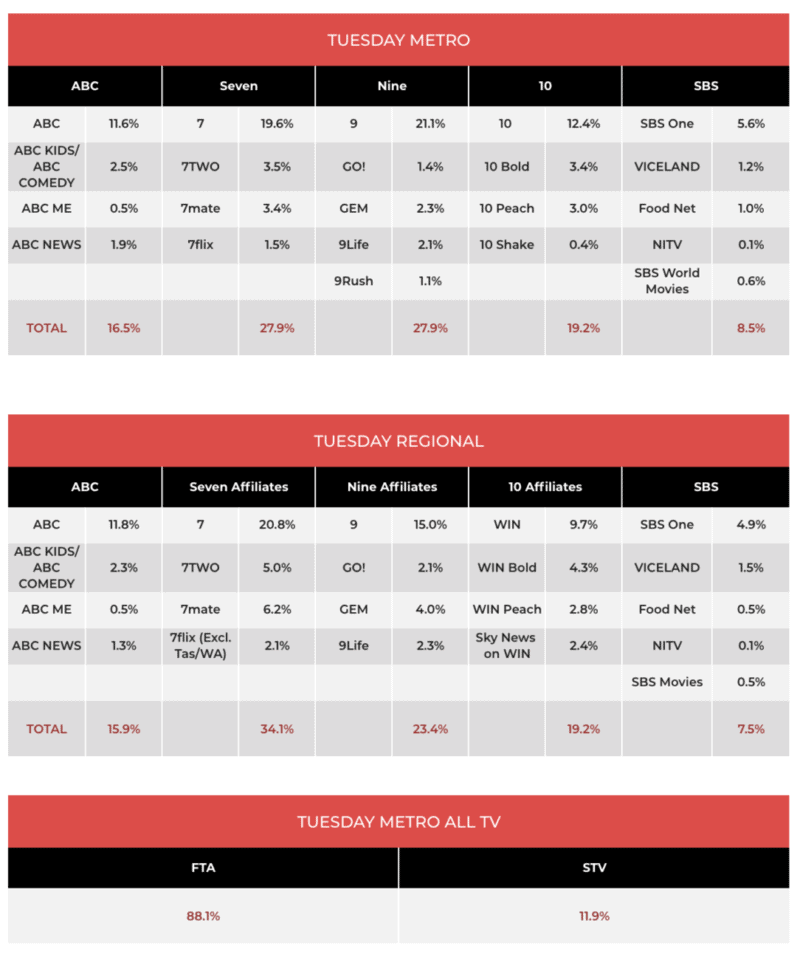 Episode two of SAS Australia featured life after the exit of Roxy Jacenko. There were a further two voluntary withdrawals with Schapelle and Arabella both departing. Following a launch episode pulling 834,000, the second episode delivered 795,000, keeping the show narrowly ahead of The Block. The battle for the key demos was close with just a handful of viewers separate the Seven and Nine 7.30pm formats.

Nine: A Current Affair started with reports from Martin King and then Brady Halls. The Tuesday audience was 775,000 after 731,000 on Monday and was one of the offerings that kept Nine in front of Seven last night.

The Block was in the middle of Hallway Week with a challenge added to the episode featuring some Block Allstars from the 2019 series. After 835,000 on Tuesday a week ago, the episode was on 793,000 last night, just 2,000 behind SAS Australia.

With the US election two weeks away, Nine launched The Trump Show after The Block with friends and foes commenting on the US President’s move from reality TV to the White House. The series launched strongly on 483,000.

The contestants on Junior MasterChef had to make donut topping and fillings with Ben in all sorts of trouble during the cook. At the end of the show Phenix and Salvo were sent home. After 576,000 last week on Tuesday, last night did 470,000.

SBS: A repeat of Every Family Has A Secret was on 217,000 as was the following repeat episode of Insight. 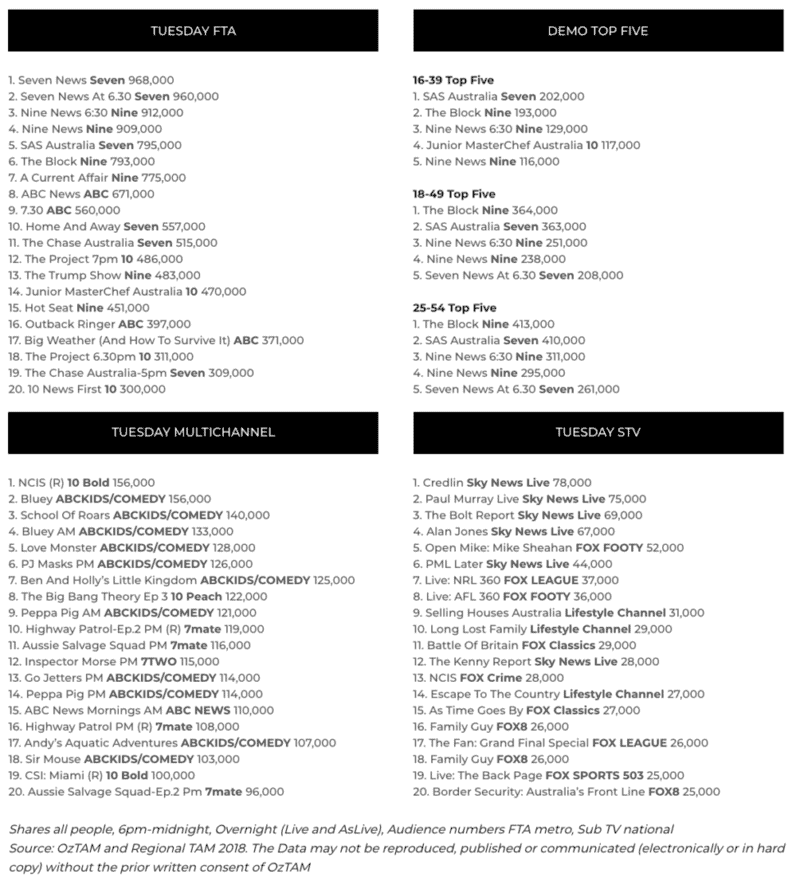