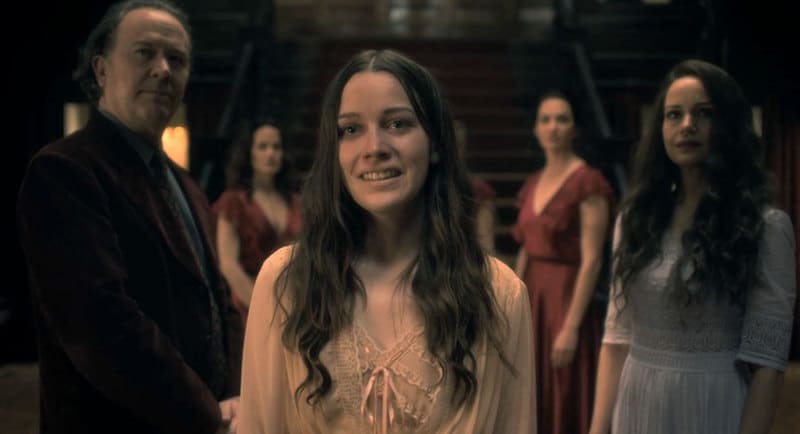 • The Boys stays at #1 on all the charts

The Boys has continued it’s shut out of the TV Demand charts in both Australia and New Zealand. The Amazon Original continues to benefit from the release of its second season which started on September 4 and concluded on October 9. Now that the season has ended we may start to see a slow in the momentum for the show.

The Netflix Original The Haunting of Bly House is the most noticeable new entry on the Digital Original charts. The show features a young governess hired to look after a man’s niece and nephew, however, apparitions begin to haunt the house. The show is loosely based on Henry James‘s work, primarily his 1898 novella The Turn of the Screw.

The series serves as the second entry in The Haunting anthology after The Haunting of Hill House was released in October of 2018, with neither stories being related. Both seasons share similar casts with Oliver Jackson-Cohen, Henry Thomas, Carla Gugino, Kate Siegel and Victoria Pedretti, appearing in both and portraying different characters.

Another new entry to the Digital Originals chart in NZ is Emily in Paris. The show stars Lily Collins who plays an American PR exec who moves to Paris for work. The Netflix Original comes from Darren Star who is responsible for creating shows such as Beverly Hills, 90210, Melrose Place, Sex and the City, and Younger.

Netflix continues to dominate the Digital Original charts with five entries on the charts in both Australia and New Zealand. 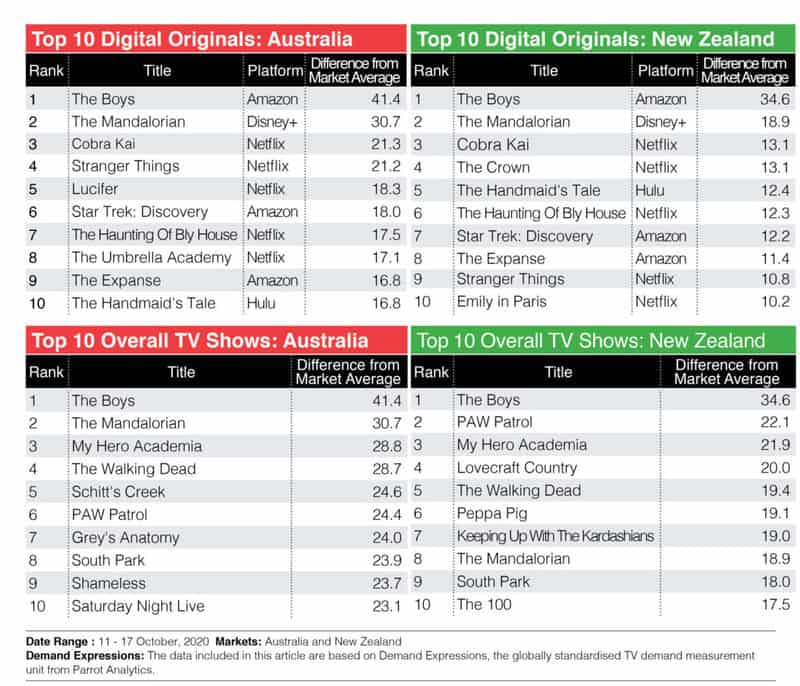