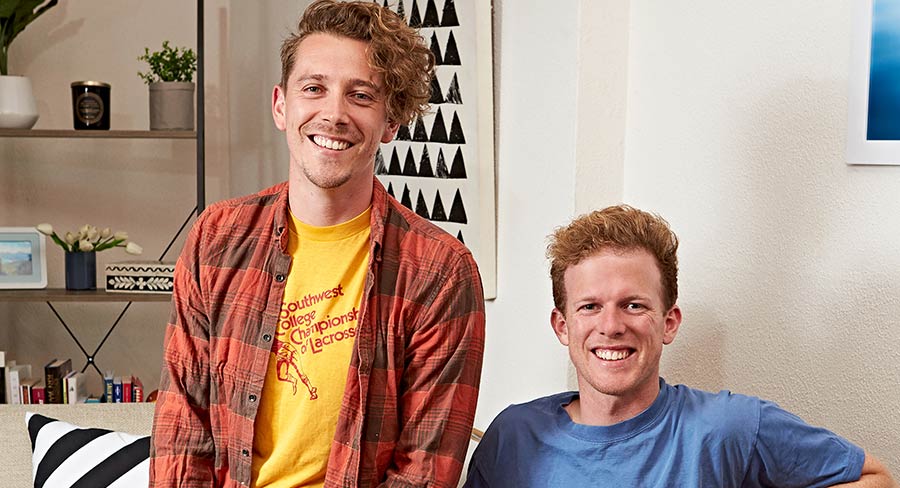 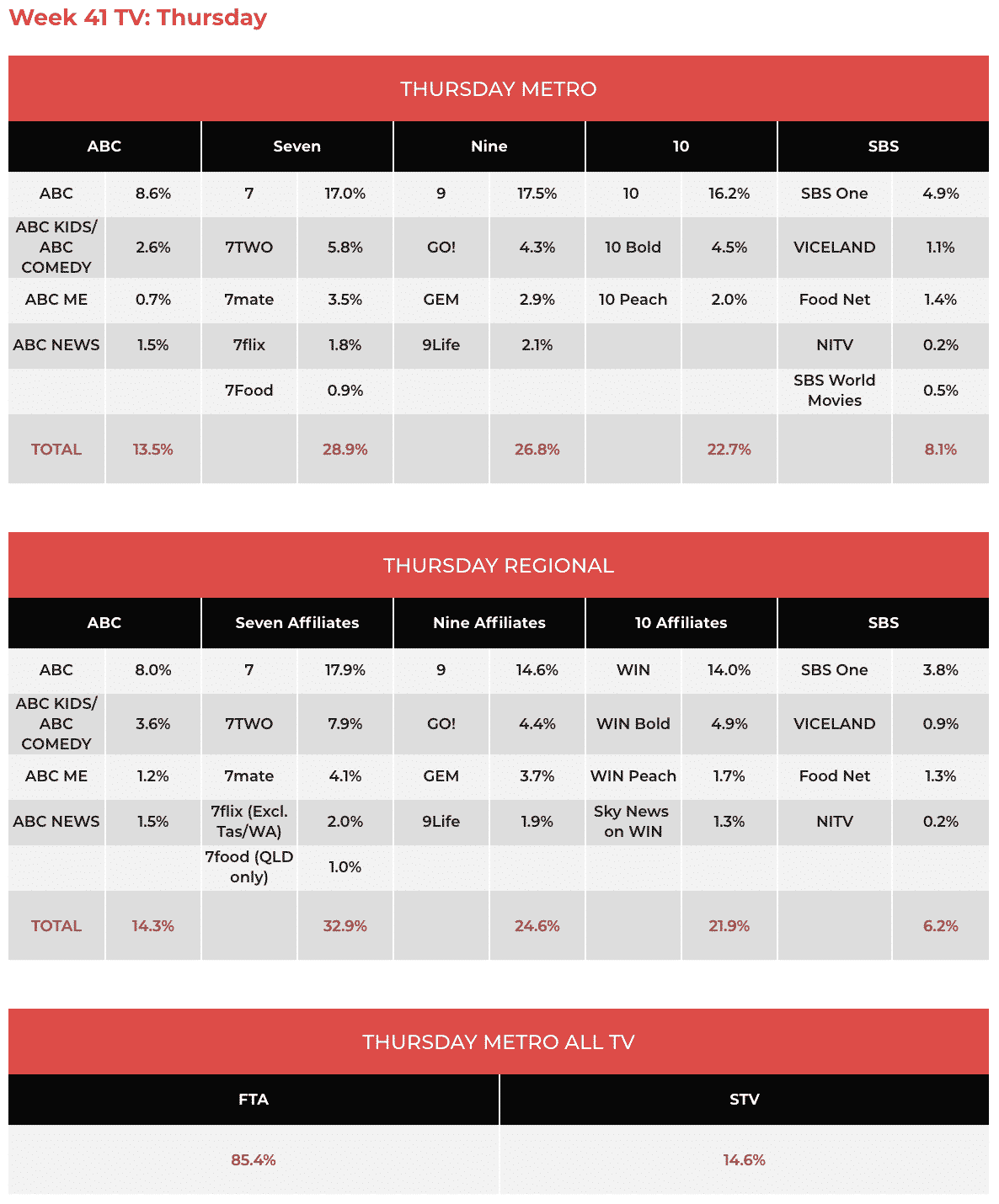 The Block had a rare Thursday outing because of the NRL Grand Final taking over Sunday this week. The episode featured Scott Cam ordering trades off of site for one of the teams as their cash burn meant their ability to finish the property is in question. The episode was on 747,000.

Rachel Corbett was co-hosting The Project with Waleed Aly and Maude Garrett interviewed Will Smith in Los Angeles. The episode did 427,000 with the hosts interviewing the new MasterChef judges near the end of the episode.

Gogglebox managed to attract the channel’s biggest audience of the night with 704,000 after 561,000 a week ago.

Much of the evening was filled with the men’s World Cup Qualifier between Australia and Nepal. The audience was 191,000 as Australian won its second successive qualifier.