• In the last decade APRA AMCOS group revenue has climbed 113.4%

More songwriting and composing royalties were paid to music creators, music publishers and overseas collection societies than ever before by APRA AMCOS, according to the Australasian music rights management organisation. APRA AMCOS has reported a record-breaking $471.8m in total revenue for the 2018-19 financial year. 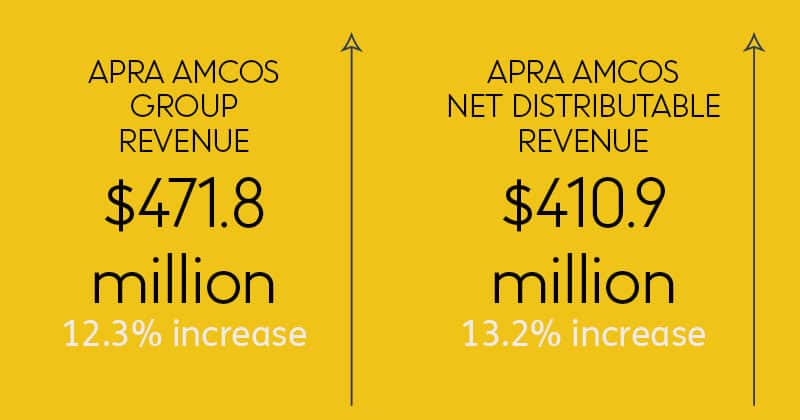 For the second year in a row, digital is the standout revenue category with $175.4m, delivering 30.4% growth on last year’s results. The revenue generated from digital’s three sub-categories all increased year-on-year: 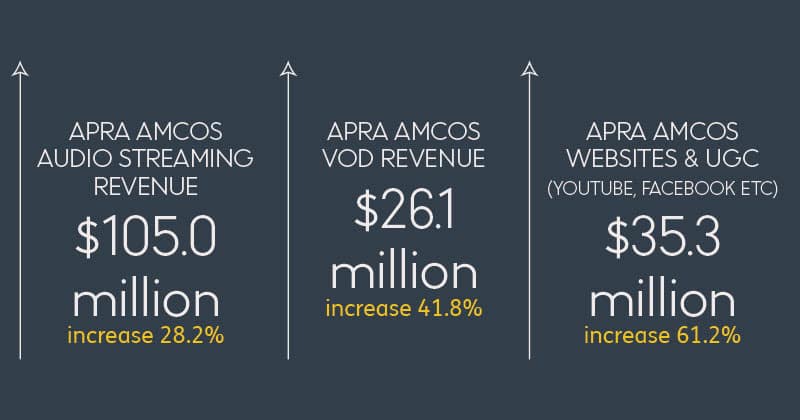 Since 2012-13, when audio streaming had its first full financial year impact with $2.4m collected, the category has grown an astonishing 4,275%.

SVOD and websites/UGC combined accounted for the biggest increase of all revenue types in the financial year, with a 52.1% uplift from the previous reporting period. The result is not only a reflection of how music is being consumed and used across digital platforms, but captures the first full financial year since APRA AMCOS’ licensing agreement with Facebook and its affiliated platforms Instagram, Oculus, and Messenger.

The launch of OneMusic Australia on 1 July 2019 marked a new era of how music is licensed for use in businesses, and coincided with APRA AMCOS Chief Executive Dean Ormston’s first year in the top role.

“This year, APRA AMCOS firmly laid the groundwork for how we will better serve our 103,000 members and over 145,000 licensees into the future – by listening to our members, by making life simpler for our licensees and by ensuring a world’s best service culture that is focused on efficiency and transparency,” said Ormston.

Income from live music and concerts passed the $30m benchmark for the first time, an increase of 19% on last year. The growth of live in the past decade is significant: in 2019-10, live music income totalled $16.6m. 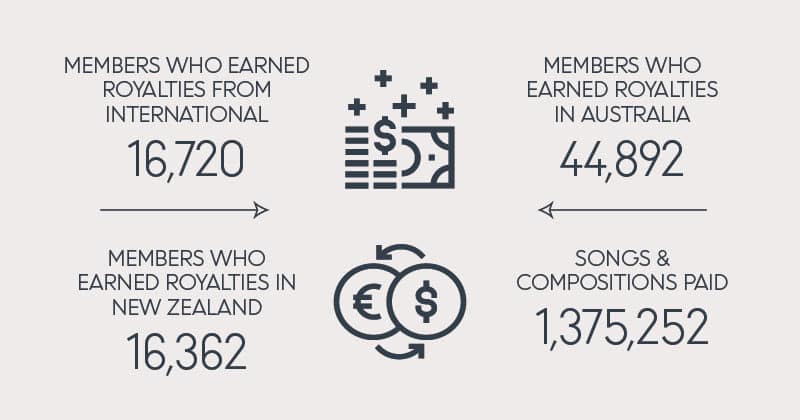 A record number of APRA AMCOS members earned live performance royalties for the songs they played at gigs of all sizes across Australia and New Zealand. $7.1m was paid to 17,222 members, 15,663 of those unpublished.

44,892 APRA members earned royalties in Australia, with close to one-third earning royalties from their music being played or performed overseas. Revenue from international sources continue to increase annually, with $45.8m APRA revenue reported – up 4.8% on the previous year.