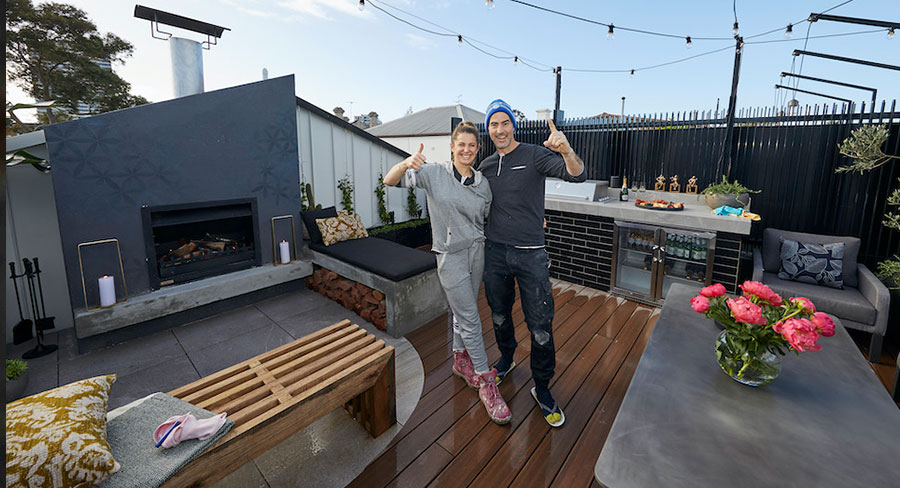 • Seven relies on brides and cops, Peter Helliar returns to The Project 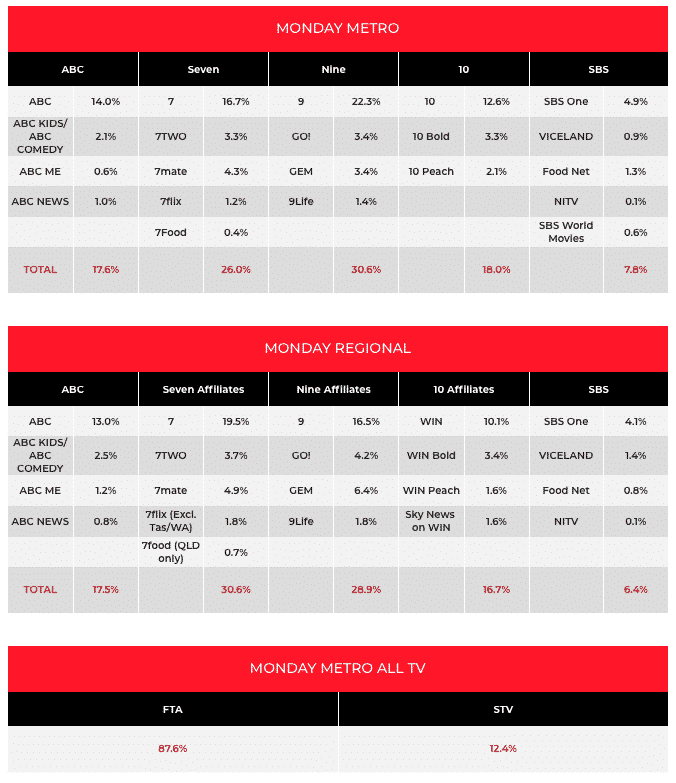 Home and Away was the bridge between the winning news bulletin and the not-so-winning reality format. The soap opera had an average of 523,000 last and has started week 45 on 609,000.

It was the first night at work on the final spaces on The Block – front gardens and courtyards. The Blockheads have been hard at it for 95 days so far, and they got a brief respite as Keith and Dan’s team of tradies did the structural build before the teams take over for the landscaping. As Scotty Cam pointed out, the street appeal could have a big impact on their auction price next weekend.

Peter Helliar was back on The Project after taking leave to work on his sitcom How to Stay Married. Guests on the Monday night episode included two authors promoting their work – broadcaster and maths nerd Adam Spencer and footballer and cricketer Alyssa Perry. The 7pm weekday edition of The Project averaged 397,000 last week and has started week 45 on 479,000.

The teams on The Amazing Race Australia finally got to board a plane in episode three. There wasn’t much jostling at the airport for a flight though – all the teams were on the same four-hour flight from Seoul to Hanoi. There they had to perform a number of challenges, including a horrid rice eating contest, before Rowah and Amani were the last to check in, very relieved to then learn it was a non-elimination leg. After launching with 634,000 a week ago, the show’s second Monday was on 532,000.

There was no Sam Pang on Have You Been Paying Attention? as he is in New York with the rest of his Nova 100 breakfast colleagues. Ed Kavalee was on duty along with Kitty Flanagan, Denise Scott, Tim McDonald and Lloyd Langford. The Cup Eve episode did 611,000.

Sports Tonight then got an early timeslot with Francesca Cumani and Roz Kelly part of a Cup Eve special episode that did 132,000.

Australian Story featured country school principal Mark Morrison who is transforming the lives of troubled teens. The episode was on 572,000 after 574,000 a week ago.

Four Corners was looking at the police investigation into the disappearance of young William Tyrell and how they targeted the wrong man. The episode was on 574,000 after 511,000 for the previous episode.

Media Watch reported on the story of the magistrate, the law clerk and the press. Host Paul Barry asked if media coverage played a role in the tragic death of Ashleigh Petrie? The episode did 550,000.

Q&A featured a panel of five women in an episode hosted by Fran Kelly with 297,000 watching. 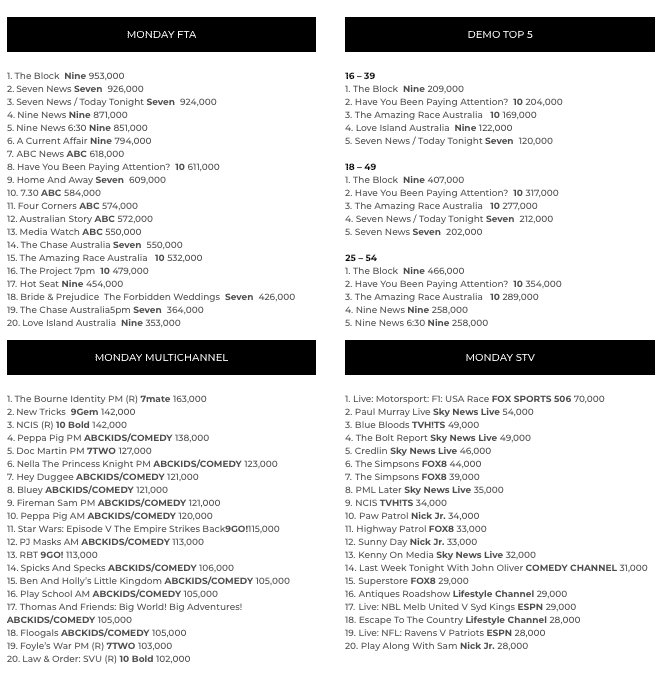