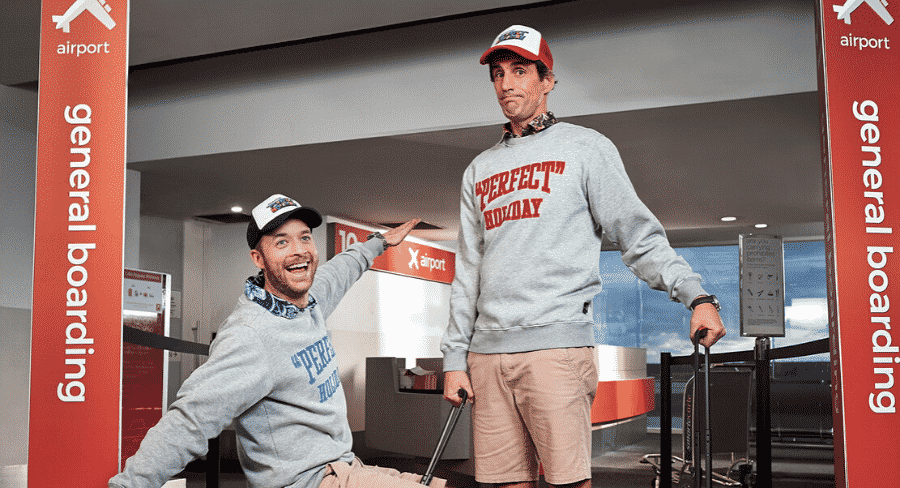 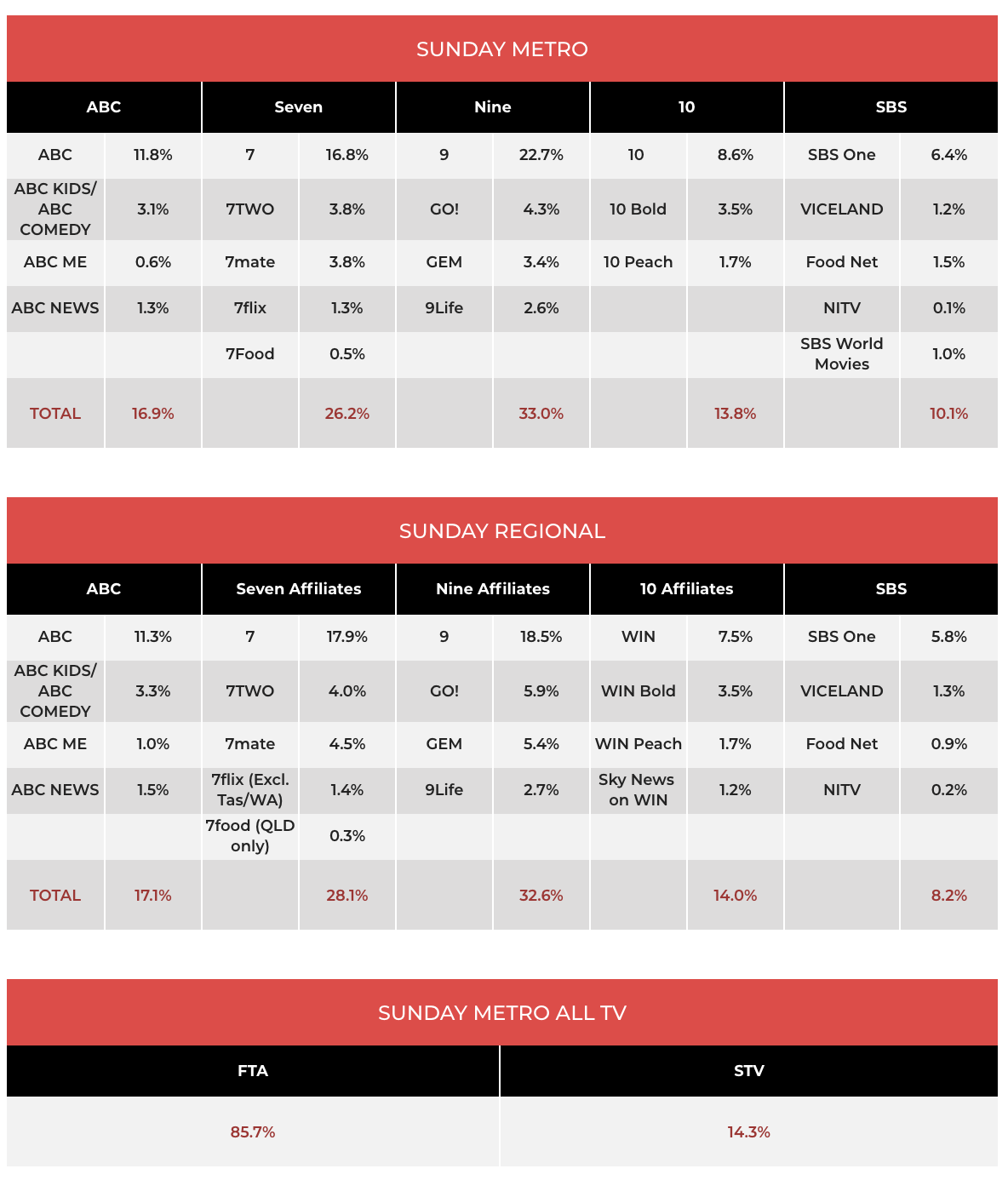 After a first season in back in 2016, Seven launched the second season of Zumbo’s Just Desserts with a first episode audience of 446,000. That was enough to rank in the top 10 and the episode was #2 in the timeslot behind Nine. The series launched on a Monday originally with just over 1m metro.

The return of Hamish and Andy to primetime together has kept Nine in winning form on Sunday night. The first episode of Perfect Holiday didn’t muck around, taking the touring duo straight to the action on a speedway for buses just outside Seattle. The audience warmed to it immediately, with an audience of 881,000 for the first of three episodes.

Nine’s 60 Minutes then did 568,000, enough to give Nine three of the top five and secure a strong winning share.

The channel has been without a major franchise on a Sunday for some time and this is the ninth week out of 10 that share slipped into single figures.

Jamie Oliver was programmed initially with The Naked Chef Bares All, yet it seems a Graham Norton re-run went to air with 272,000 watching.

The channel’s fallback position on Sunday night when it is not doing property is David Attenborough. Last night it was his series Pangolins with 420,000 watching.

It was “all aboard” for the broadcaster with three hours of train travel from 7.30pm.

The trains delivered the second-best Sunday share for the channel since June. 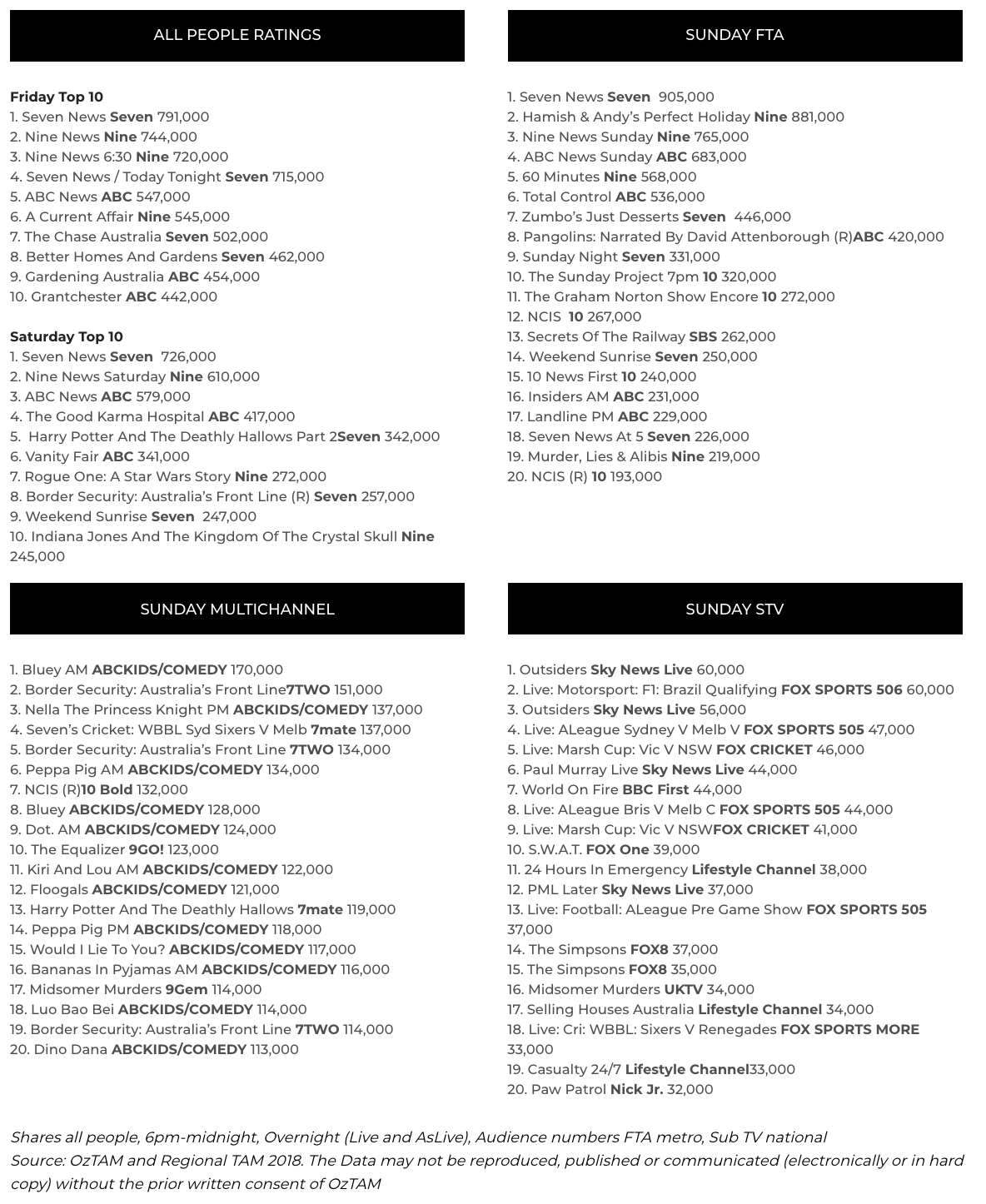