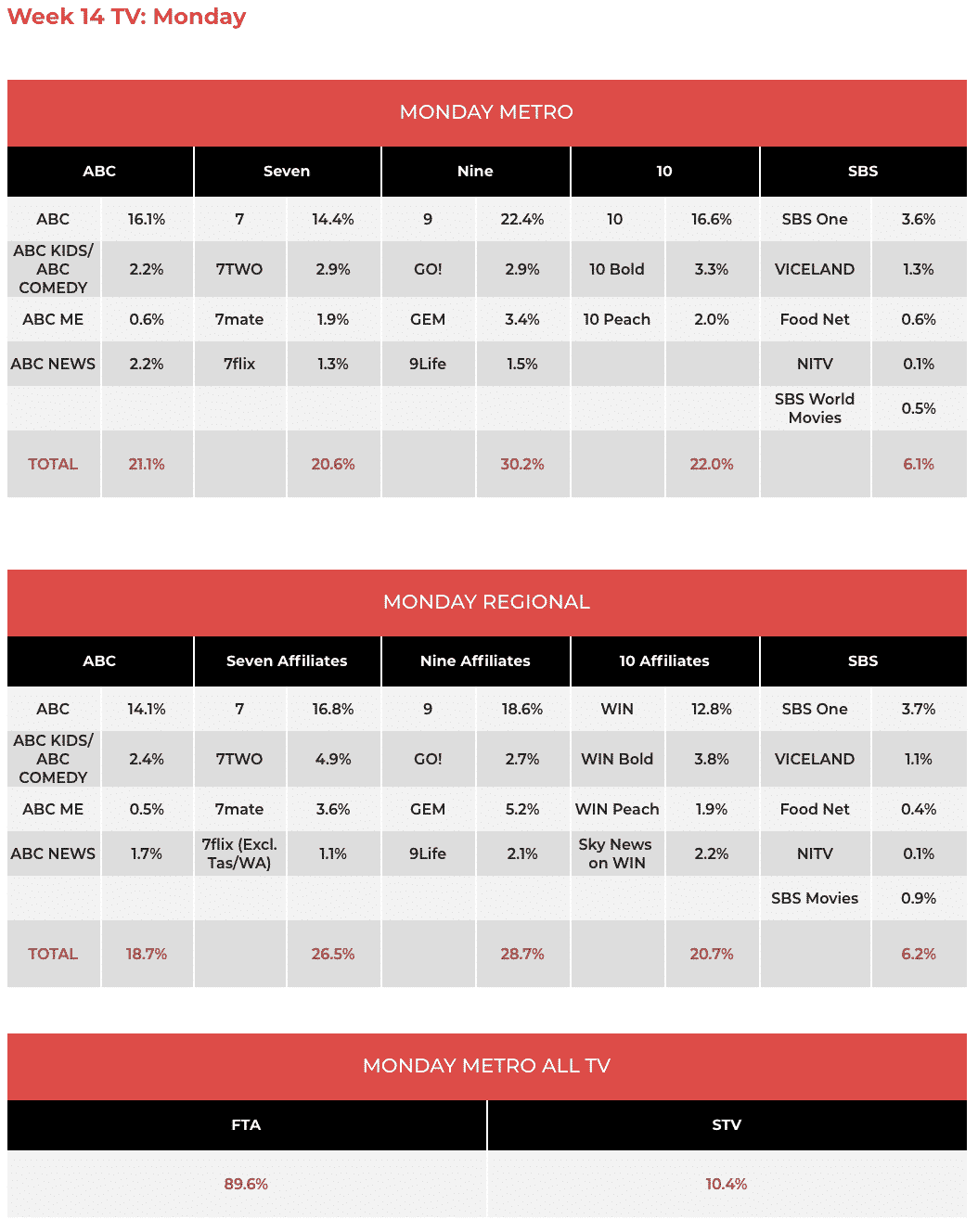 Nine: Tracy Grimshaw is hosting A Current Affair from a home studio this week. She started the Monday program interviewing the Treasurer who was also on The Latest at the same time and then on 7.30 a little later. The program continues to pull big numbers with 938,000 last night after a week 13 average of 802,000.

Married At First Sight Monday saw vows from the remaining couples with the audience on 1.122m which is almost identical to the number a week ago.

Seven: The Monday share was the lowest for survey 2020 and the second-lowest on any survey night. The primary channel doesn’t need much non-news content to get it through the critical timeslots in the last week of Q1 survey. Last night it seems to have chosen Border Security to follow The Latest. The on doc did 386,000 and was followed by US drama 9-1-1 on 299,000. Seven has also reported it set a VOD record for a second successive day as viewers enjoy 7plus content.

10: The second of two big nights of reality finals for the network. On Australian Survivor: All Stars, the three finalists all had reasons to do better with a second chance – the first time around David was ousted with an Idol in his pocket, Mo retired hurt and Sharn went to the final two, missing out on the title by one vote to Shane Gould. The final night started in fine style with many of the audience who invested heavily in the 24 episodes shedding a tear along with the contestants as they were reunited with families ahead of the final challenge. David won the final immunity and ultimately chose to take Sharn through to the final tribal council and virtually guaranteeing his victory. The final episode started with 876,000 and ended with 984,000. The Reunion episode then did 625,000 which is the biggest Reunion audience ever. There has never been an All Stars series or a regular series at this time of year before so there is no direct comparison. But here are what previous season finals of Australian Survivor, all broadcast in September or October, have rated:

ABC: It was very much a COVID-19 night on the channel and check the news and current affairs numbers for how the programs performed. Q&A had a second successive week over half a million with the show ranking #1 in its timeslot toward the end of its time on air. Q&A ended with one of the panellists performing – Aussie singer-songwriter Josh Pyke.