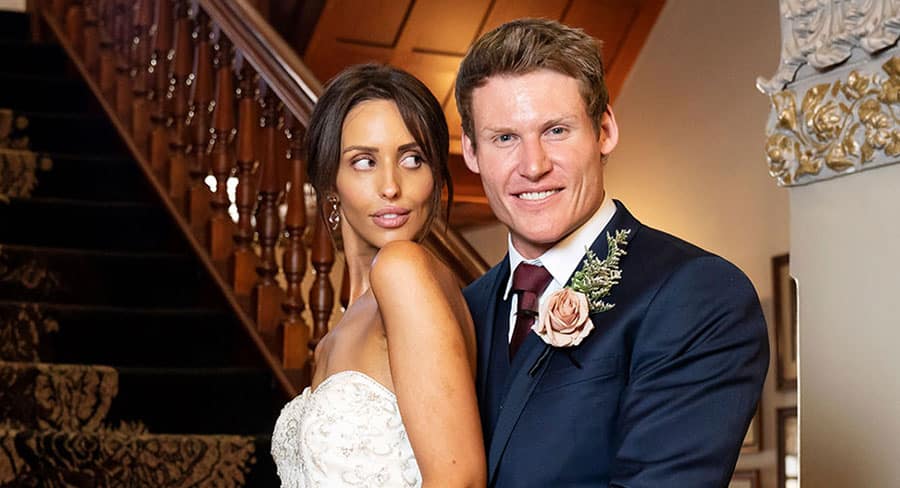 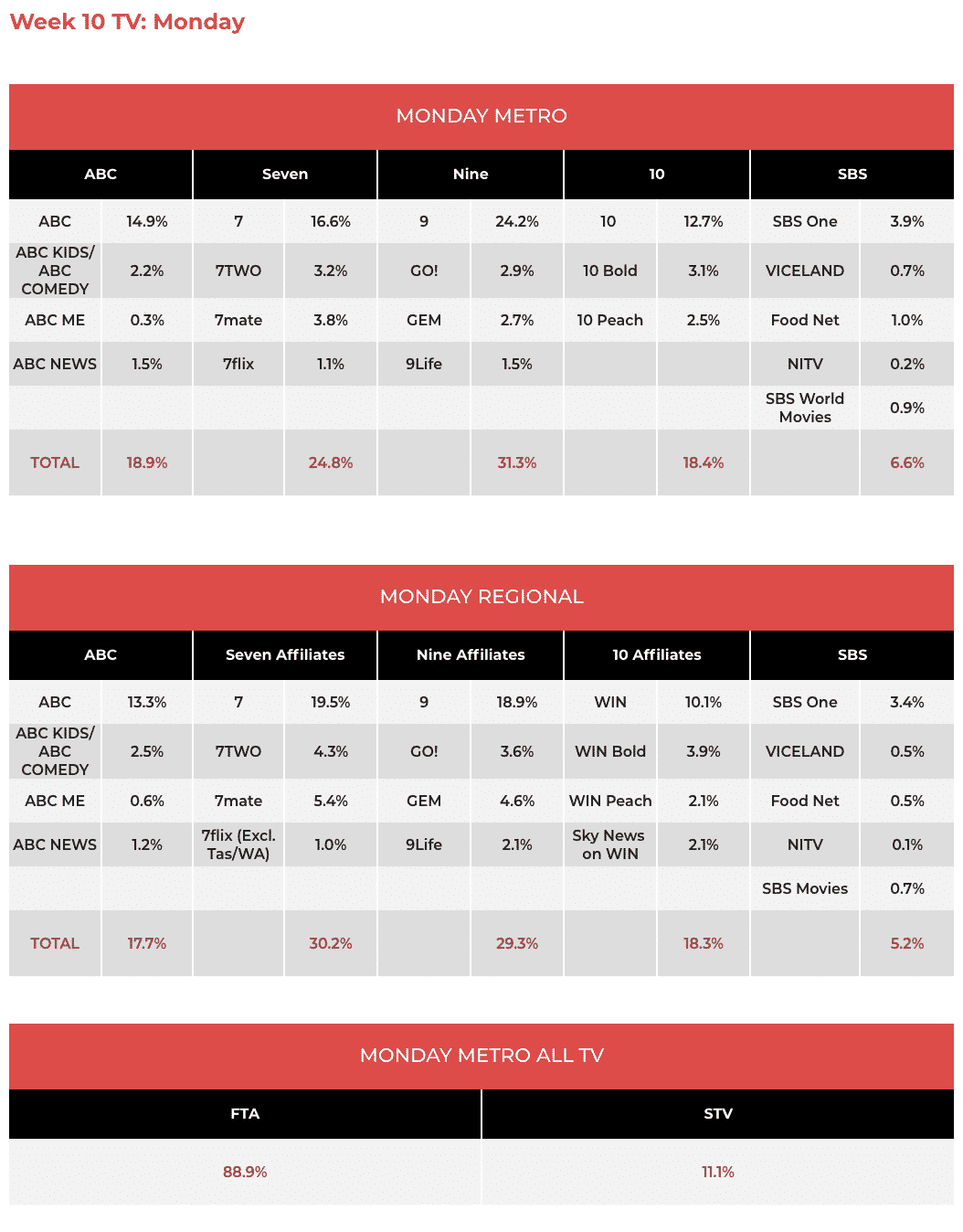 A Current Affair began its new week on Nine with reporter Alison Piotrowski from on location in Bigga talking to host Tracy Grimshaw about the Twelve Tribes Sect and a police investigation believed to be looking for possible burial sites. The episode did 779,000 after a week nine average of 644,000.

The day after the drama of Sunday’s commitment ceremony saw two new weddings on Married At First Sight including the return of the unluckiest bride ever – Lizzie. At the start of the episode company director Michael was very unhappy about how he is being treated. Law graduate and his new wife Stacey didn’t seem convinced when he said: “We are in a bad place now, but we will come back bigger and stronger than ever.” The Monday episode of the hottest show on TV did 1.087m after 1.026m a week ago.

On 10 The Project featured Hughesy promoting his show later in the night and actor Eddie Perfect with updates on the spread of coronavirus. The Monday edition was on 448,000 after 7pm after an average of 391,000 last week.

On Day 27 Harry was the subject of much discussion on Australian Survivor: All Stars as remaining contestants were eager to find out what his advantage was. It gave him the ability to shut down the next Tribal Council, if he didn’t get to Tribal Council he was wondering if he should have given that advantage to Nick who is part of his plans to go all the way. Turns out he should have passed it on. Nick was sadly voted out in another Blind Side at Tribal Council organised again by David who continues to be the master strategiser. The Monday episode did 602,000 after 647,000 a week ago. Tonight it’s merger time with 12 contestants remaining.

The wonderful story of Marlion Pickett was featured on ABC’s Australia Story with 602,000 watching.

Four Corners then looked at young Australians growing up without a gender. The episode did 483,000, down from 794,000 a week ago. 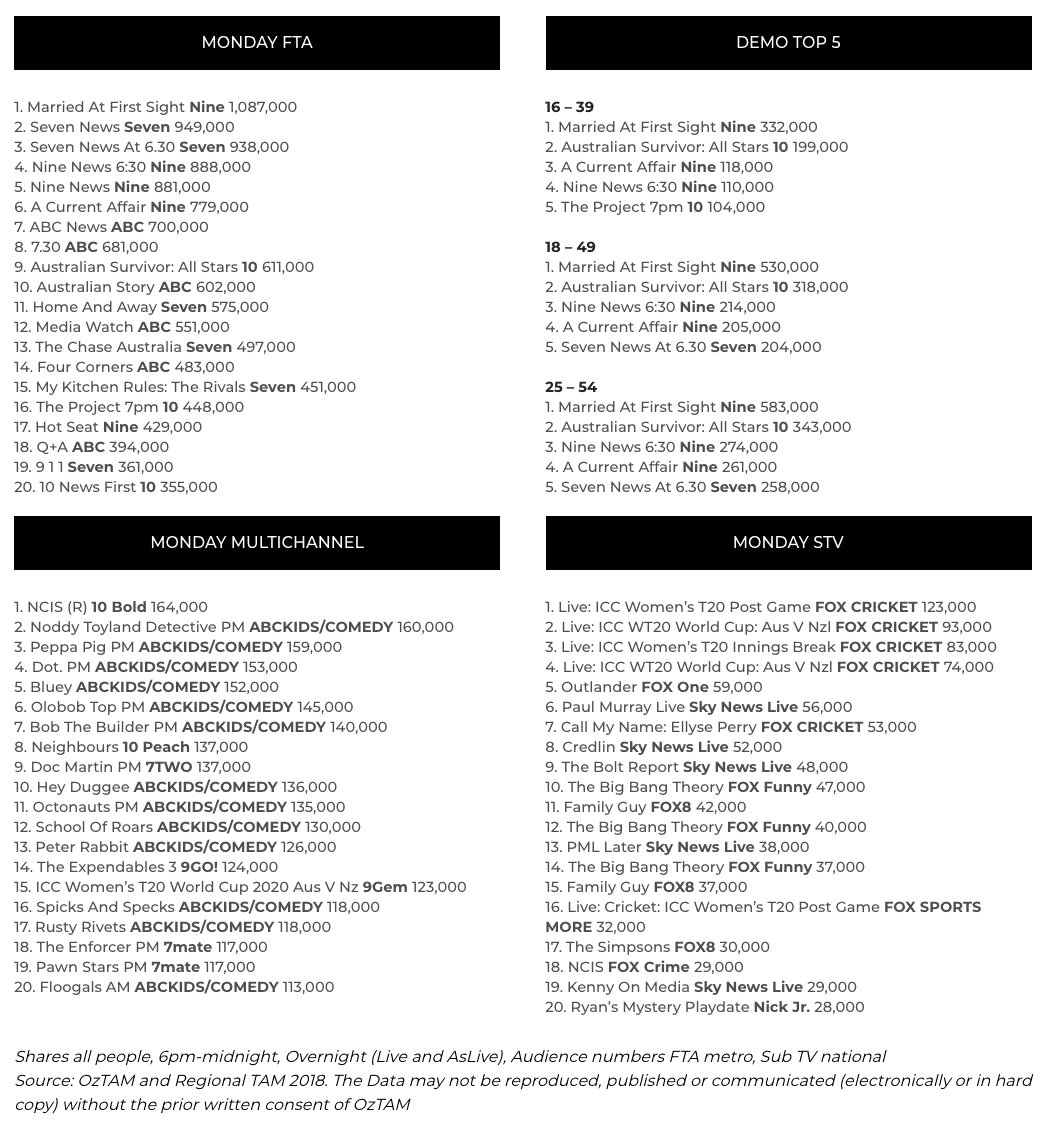