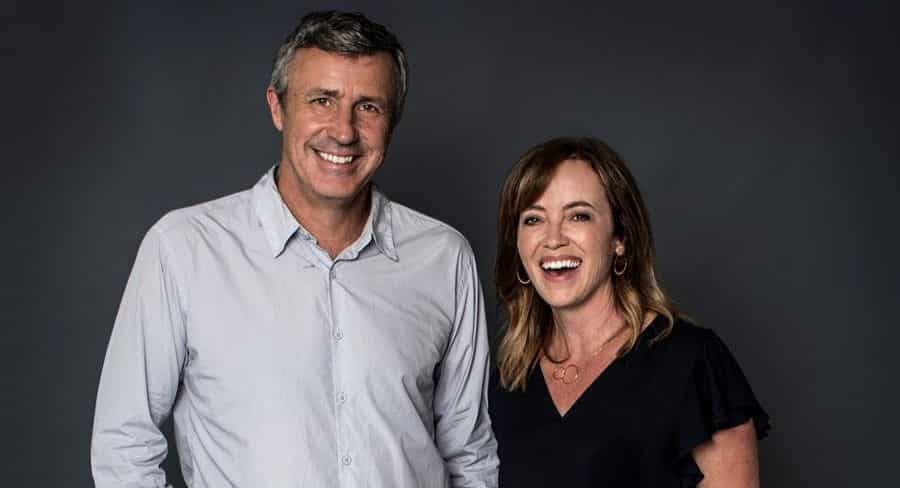 • In their first hire, Alexandra Cameron has joined the company as development and production coordinator

Troy, the ex-head of TV production and acquisitions for eOne Australia and former partner in Hopscotch, and Finlayson, former Director of Television at the ABC and COO at SBS, bring together a wealth of experience and extensive local and international networks in an unrivalled partnership.

Based in Darlinghurst, Sydney, Wooden Horse will focus on developing a pipeline of world-class IP that will continue to be fed as projects move into development.

Matt Okine’s Stan Original Series The Other Guy season 2 (also streaming on Hulu in the US) is the first show produced under the Wooden Horse banner in partnership with Aquarius Films. The same team is also working together on the feature film adaptation of Okine’s debut novel Being Black n’ Chicken n’ Chips.

With Finlayson’s projects from his company Headland Media, Wooden Horse has eight projects in various stages of development with Australian broadcasters, international distributors and screen agencies. They include a six-part drama for Stan written by Jane Allen (Cleverman) and based on a true crime set in Cape York; a comedy series written by James O’Loghlin (collaborators include Alison Bell, Tristram Baumber and Natesha Somasundaram) and a literary adaptation of the critically acclaimed novel by Emily Maguire, An Isolated Incident.

Additionally, Wooden Horse has just secured the adaptation rights from Curtis Brown for award-winning young novelist JP Pomare’s In the Clearing– a psychological thriller that draws inspiration from the infamous Australian cult, The Family.

The team is also working with Polly Williams and Entertainment One in the UK on a British Australian co-production created by Giula Sandler (Glitch) whose recent work on White House Farm for ITV has garnered international attention.

“Our partnership is a case of the whole being more than the sum of its parts,” said Finlayson. “Jude has an outstanding reputation for creative judgement and indomitable energy. Most of all, we both believe in the incredible potential of the Australian television industry and our focus will be on working with the best writers and talent, finding the best people and partners to grow with us to bring great projects to life.”

Troy said: “I’m delighted to partner with Richard on Wooden Horse. He is greatly respected among our industry peers and his experience and relationships are unparalleled. Our skills complement each other perfectly and I look forward to shaping the company alongside him. At Wooden Horse, we believe in strength through collaboration and I can’t think of a better person to partner with. We also hope to leverage our local and international relationships to collaborate externally with the best of the best.”

In their first hire, Alexandra Cameron has joined the company as development and production coordinator. Cameron met Troy when she was working as a producer’s attachment for The Other Guy season 2. A former News Corporation journalist Cameron worked with Jungle Entertainment, and on productions including Lambs of God and A Place To Call Home.