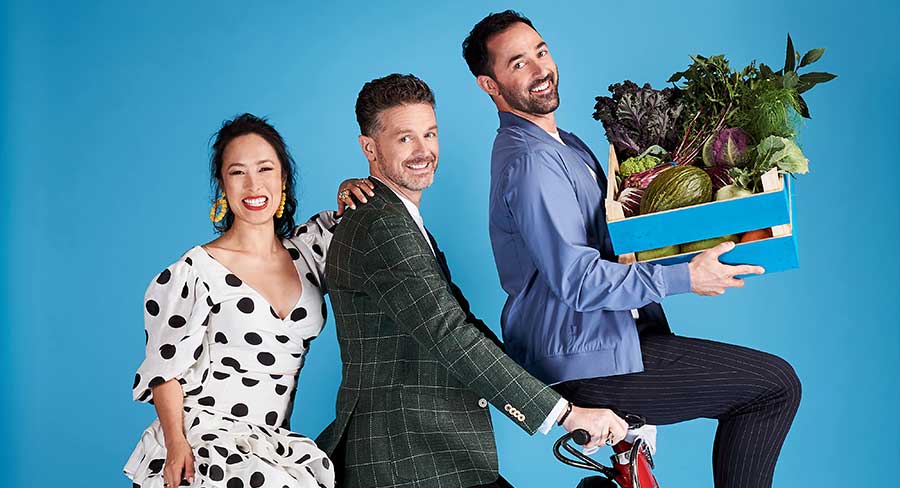 • Return of The Front Bar helps Seven to all people wins
• Top 10: MasterChef and Callum lead channel to demo #1 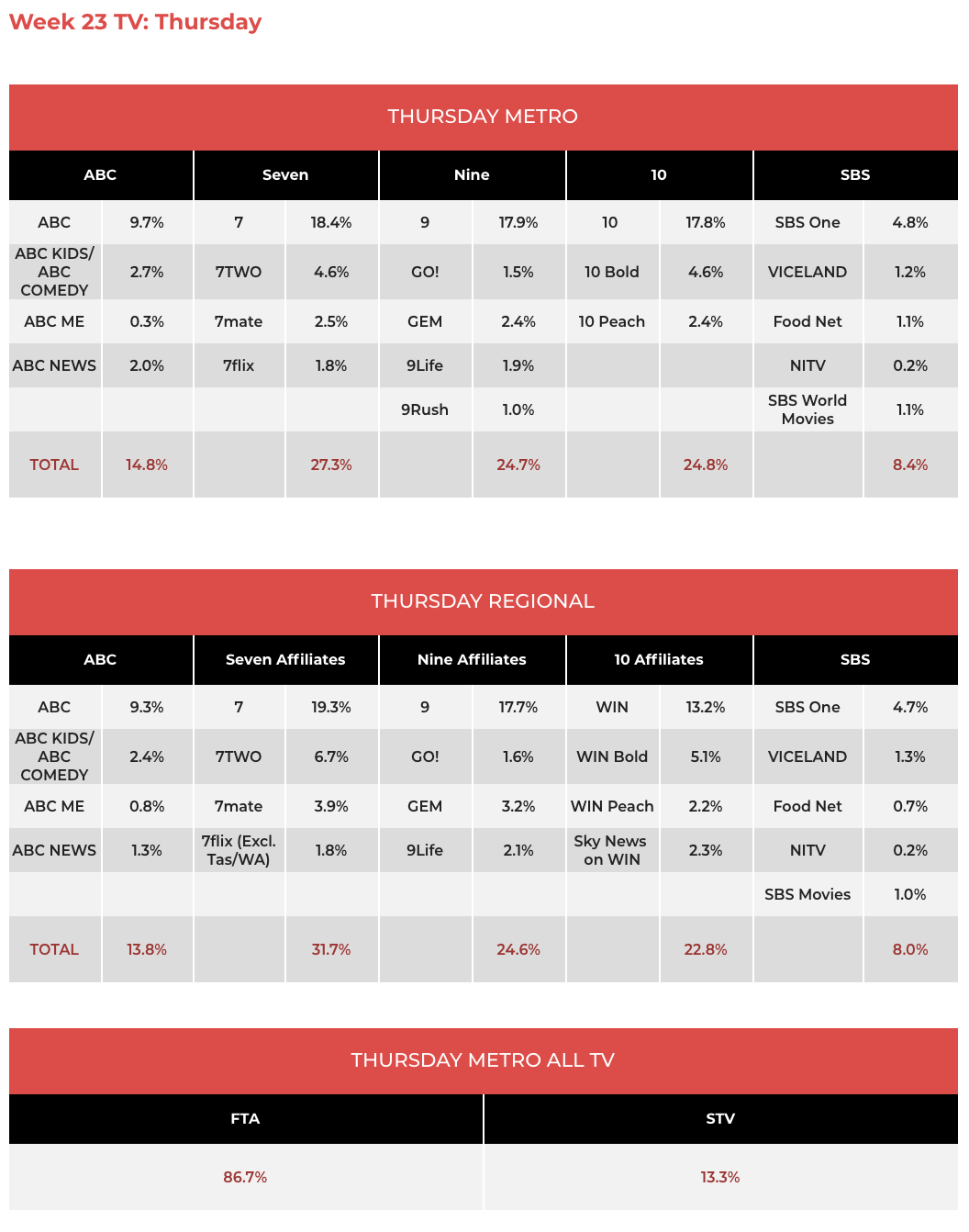 Seven: Home and Away and finished its week on 637,000 after three other nights all above 600,000.
Britain’s Got Talent then did 485,000.
The Front Bar returned with a tribute to Dennis Cometti after his Hall of Fame induction, a message from Neale Daniher then a visit from his daughter ahead of The Big Freeze on Monday, a remote interview with Gil McLachlan and a visit from Daisy Thomas. As the show ended on Mick’s Multi, Sam Pang asked “How did this segment survive the coronavirus?” The episode was on 338,000 with 220,000 in Melbourne.

Nine: Karl Stefanovic has been hosting A Current Affair his week. The Thursday episode featured an interview with Prime Minister Scott Morrison with 689,000 watching. This comes after audiences of 859,000, 762,000 and 752,000 earlier this week.
The NRL match was a blowout with the Broncos failing to score as the Roosters put on 59 points. The Nine audience was 386,000 after 493,000 a week ago.

10: Marc Fennell was a guest on The Project as he continues his promo campaign for his new Audible podcast Nut Jobs. The episode was on 572,000 after Wednesday was just over 600,000.
The three-way contest for immunity featured Poh, Khanh and Callum cooking across three rounds – a toasty in 15 minutes, a dinner in 20 minutes and then a dessert in 30 minutes. The judges were scoring each dish out of 10 and the electronic scoreboard made an appearance too. Callum was four points behind after two rounds but a dessert dish pushed him to the top of the scoreboard and secured him the first spot in the top 10. One of the other 10 contestants will be eliminated on Sunday. The episode was on 970,000 after 960,000 a week ago.
The MasterChef crowd was enough to again make 10 the #1 network and channel under 50 and in key demos.

SBS: The final of The World’s Most Beautiful Railway did 255,000 followed by a repeat of Britain’s Most Historic Towns on 166,000. 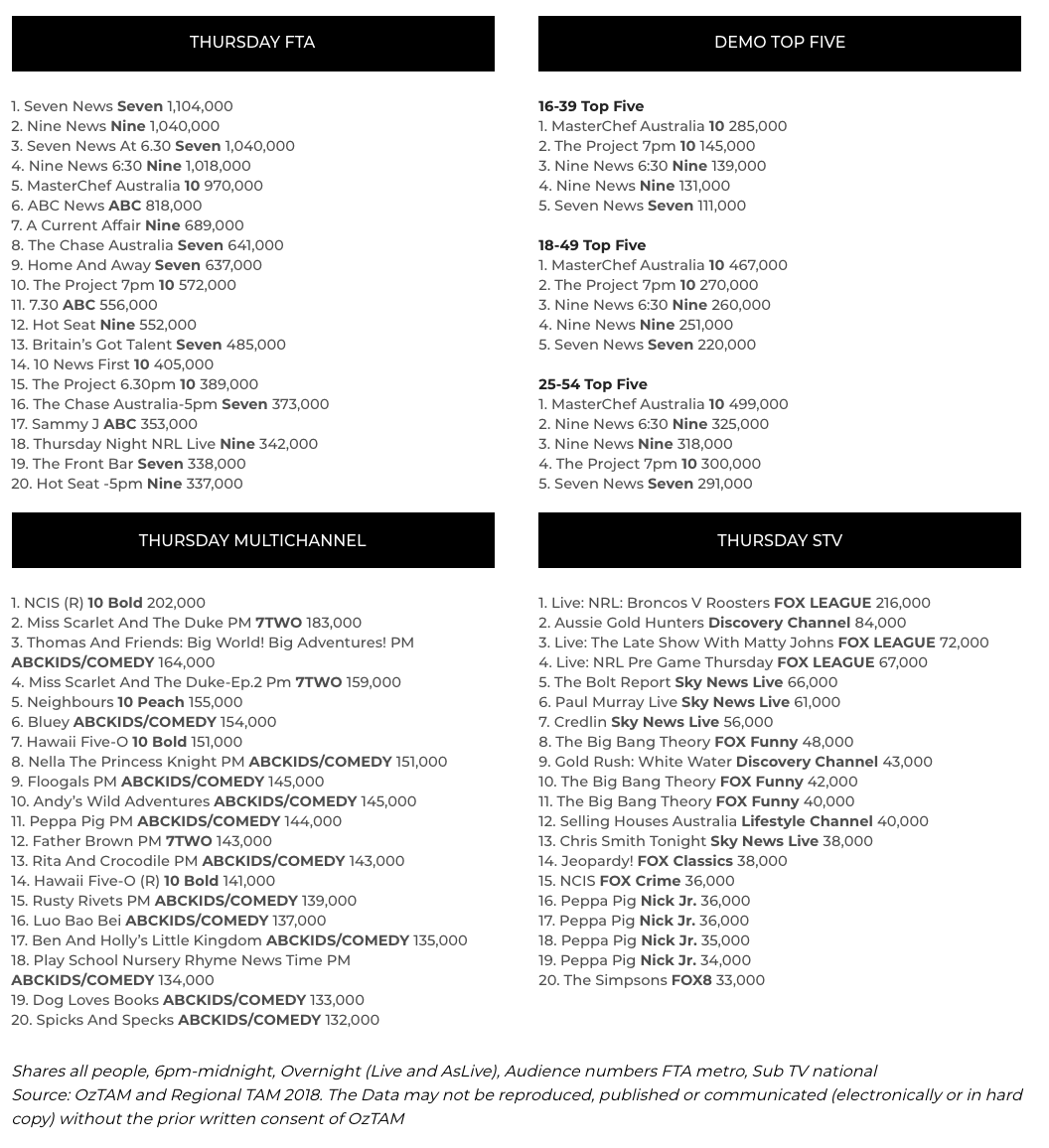