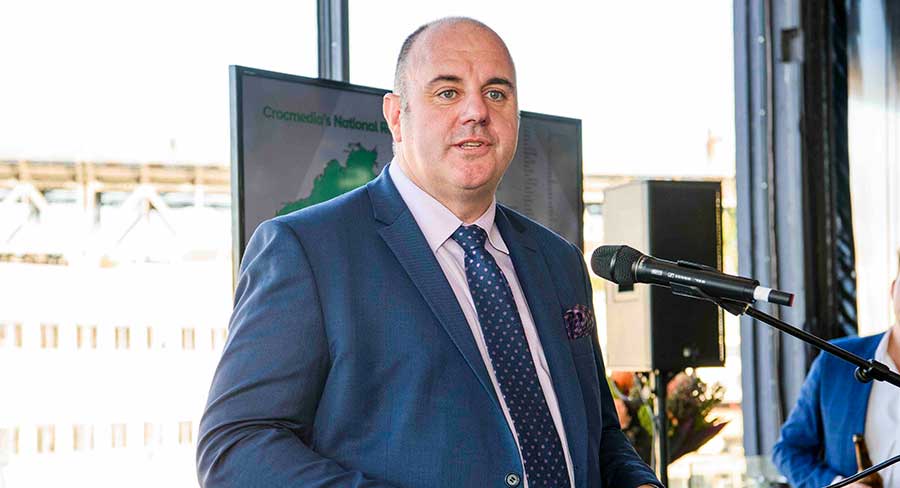 • 2CH had been owned by EON Broadcasting and it will receive a total payment of $11.2m

Sports broadcaster SEN’s parent company Pacific Star Network (trading as Crocmedia) has announced its expansion into Sydney with the acquisition of the 2CH 1170 AM radio licence and plans to acquire an additional licence 1539 AM Sydney.

2CH had been owned by EON Broadcasting and it will receive a total payment of $11.2m over a two-year period for the licence.

Crocmedia chief executive officer Craig Hutchison addressed 2CH staff this morning about the acquisition and short term plans. It is expected that the AM music station will eventually change format and become a Sydney sports station branded SEN, a sister radio station to SEN in Melbourne and Sydney.

In a statement Hutchison said he was excited to expand the company’s owned radio platform and audience reach into Sydney.

“The opportunity to own and run a commercial licence in Sydney is rare – especially on a station and signal that has built such a loyal audience as 2CH. Combined with our plans to launch racing service SEN Track into Sydney, we are incredibly excited to expand our footprint into Australia’s biggest city,” Hutchison said.

To support the company’s growth, Simon Dennis has been appointed as group commercial director – NSW. Dennis formerly enjoyed a long career at SCA in Adelaide and Sydney as group sales director and has also worked for Groupon and ARN.

“I’m super excited to be working back in radio and helping grow the SEN brand locally,” Dennis said.

In the short term 2CH will continue with existing programming. The licence for 1539 AM will become the third SEN Track station in NSW and the seventh in Australia. It will feature a local breakfast show hosted by Sydney sports broadcasters Joel Caine and Jimmy Smith.

In NSW, Breakfast with Joel and Jimmy will provide a local lead into each day’s racing coverage – commencing 22nd June on SEN Track 1575 AM Wollongong and 801 AM Gosford. It will start soon after in Sydney when SEN Track launches on 1539 AM.

“With the NRL back with a bang, and fans craving sport, we can’t wait to give listeners their morning sports fix,” said footballer turned commentator Smith.

Joel Caine who played for the Balmain Tigers, the Wests Tigers and remains the highest ever points scorer for West Tigers, said he was thrilled to be joining SEN Track.

Racing will take centre stage each day after breakfast, with SEN Track offering racing fans previews, analysis, insights and reviews of key races across the country along with interviews with owners, breeders, trainers and jockeys.

“We are incredibly excited to launch SEN Track – Australia’s first independent racing, harness and greyhound radio racing service into Sydney and we are delighted that we can maintain our parochial approach to state-by-state content, with our new local breakfast show,” said Hutchison.

“The radio signals we have acquired all sit in great spots on the AM dial, and will be paired as always with an aggressive digital strategy.

“We can’t wait to get right behind NSW racing, harness and greyhounds and help attract and keep new fans to these great industries in the fun and social tone that SEN Track seeks to hit each day. And with two of the state’s most entertaining sports identities getting us off and racing each morning, we expect plenty of fun and insights along the way,” he said.