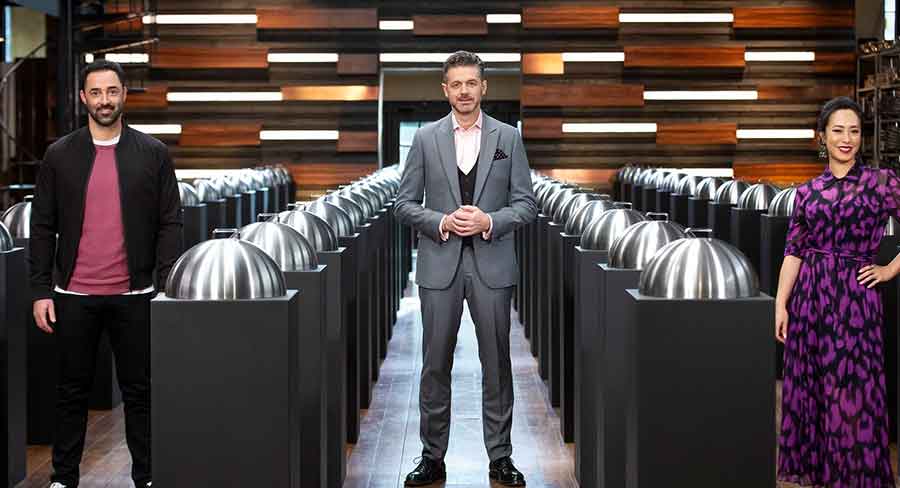 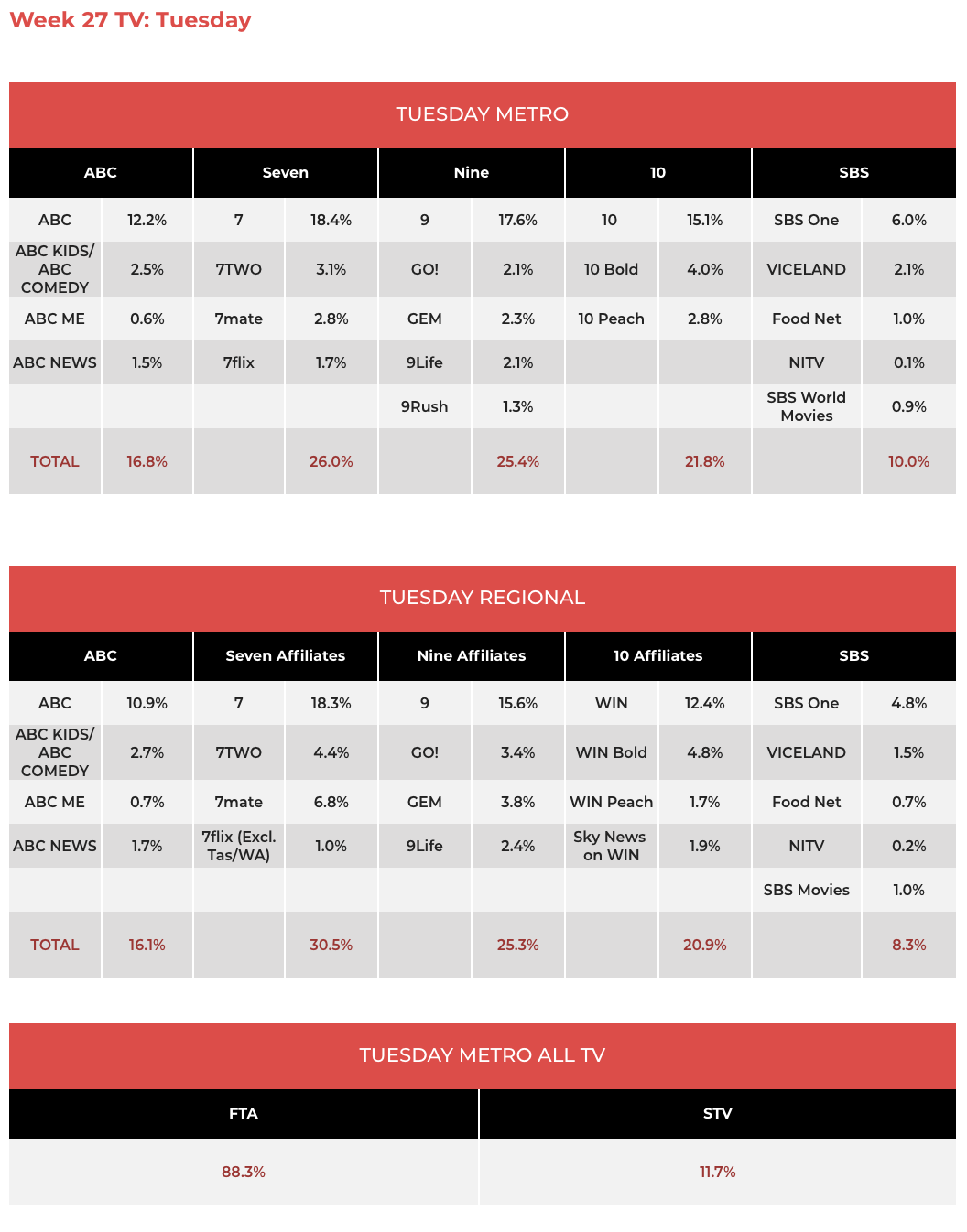 Seven: After 657,000 on Monday Home and Away grew to 669,000 on Tuesday.
Big Brother was on 695,000, down marginally on the numbers last week. Big Brother turned housemate Dan’s frown upside down with a surprise “visit” from girlfriend Ana who reassured him the love was still there. When it came time to vote, Hannah got five of the six votes. On departure she said: “I’m completely heartbroken. I honestly thought I had the numbers, but you can’t trust anyone I guess. It’s obvious that Dan, Xavier and Mat have the most influence in the house and I don’t see anyone breaking them up.” The impact of Covid-19 will be felt in the house next week for its final few episodes.
Gordon Ramsay’s 24 Hours to Hell and Back saw the British chef visit the family running the Cajun restaurant Bayou on the Vine in Kansas City. The audience was on 249,000.

10: The challenge of recovering from a bushfire and tackling a virus where special reports on The Project with a Tuesday audience of 560,000 at 7pm after 584,000 on Monday.
MasterChef saw Poh, Reynold and Laura battle for immunity and a place if the Back to Win top five. The three contestants had to cook from ingredients hidden under a MasterChef kitchen full of cloches. Reynold’s dessert was the difference between taking part in the next elimination cook and getting immunity. The audience was 975,000, up from 957,000 on Tuesday last week.
The latish slot went to the 2019 Montreal Comedy Festival with comedians from around the word including 10’s Peter Helliar and Nath Valvo. The special did 317,000.

ABC: How Sweden tackled Covid-19 was the subject of Foreign Correspondent with 532,000 watching.
The first episode of Joanna Lumley’s Hidden Caribbean is as good a substitute for travel as we can get at present. She started the adventure in Havana and had 450,000 watching.

SBS: Julie Bishop was the guest on Who Do You Think You Are Australia? After 297,000 last week, the show was on 403,000 last night.
Insight was on 247,000 and featured guest host Alice Matthews with an investigation of how a person can feel a sense of belonging when they have turned their back on everything. 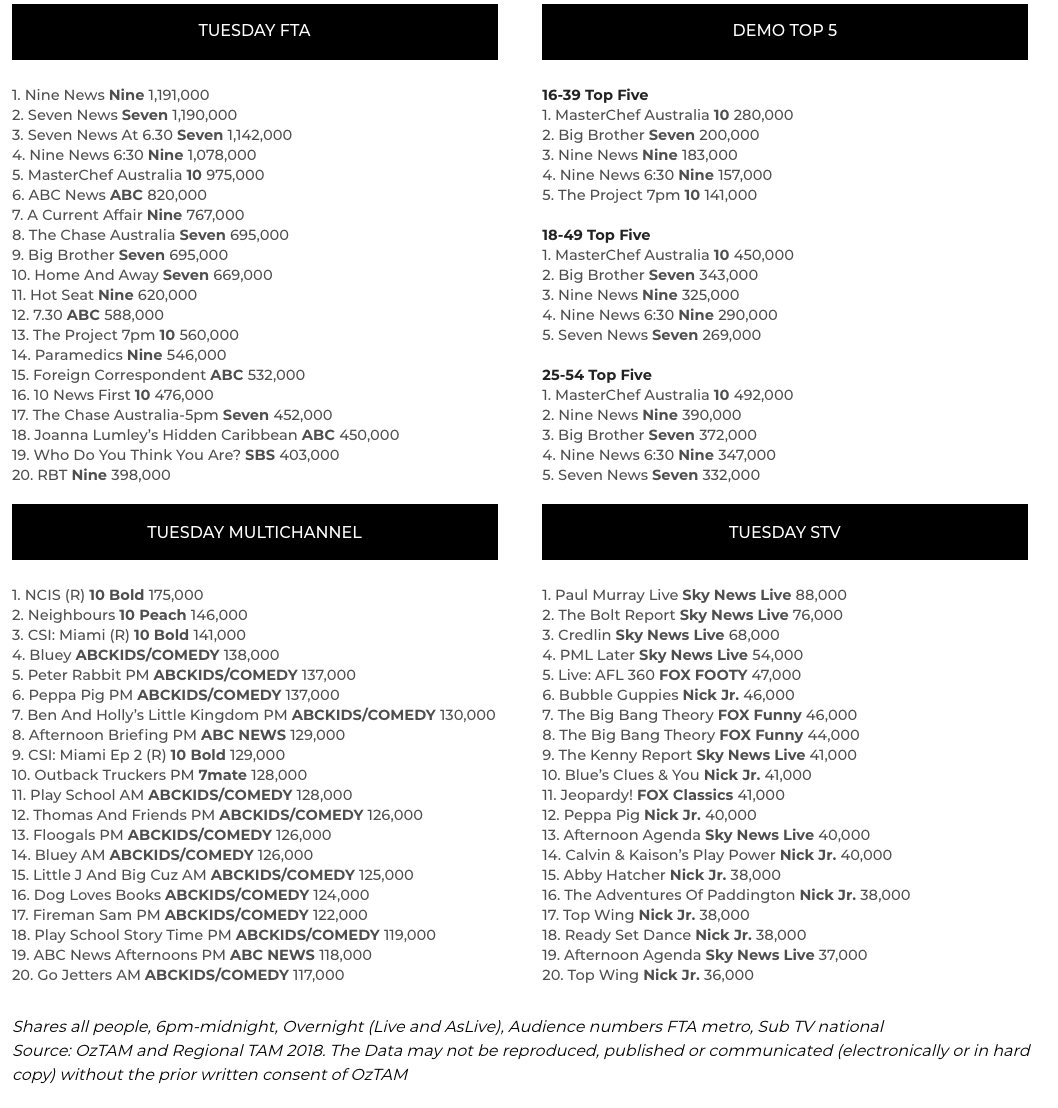