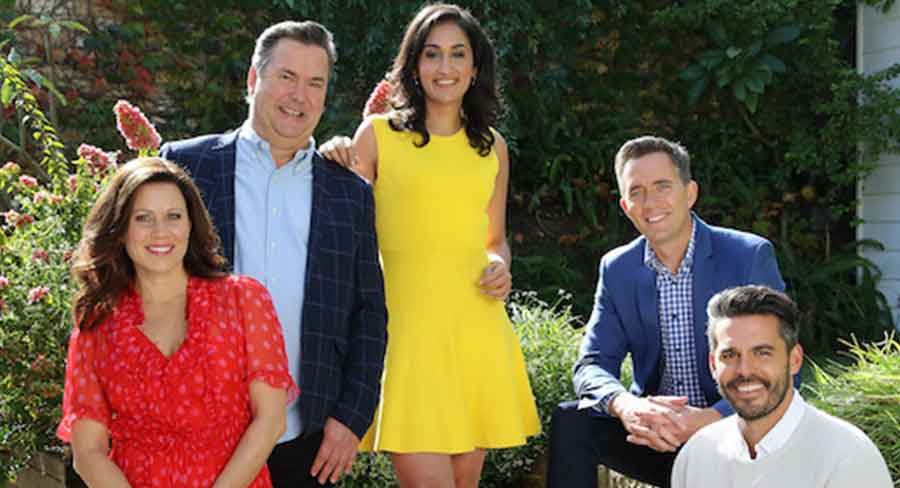 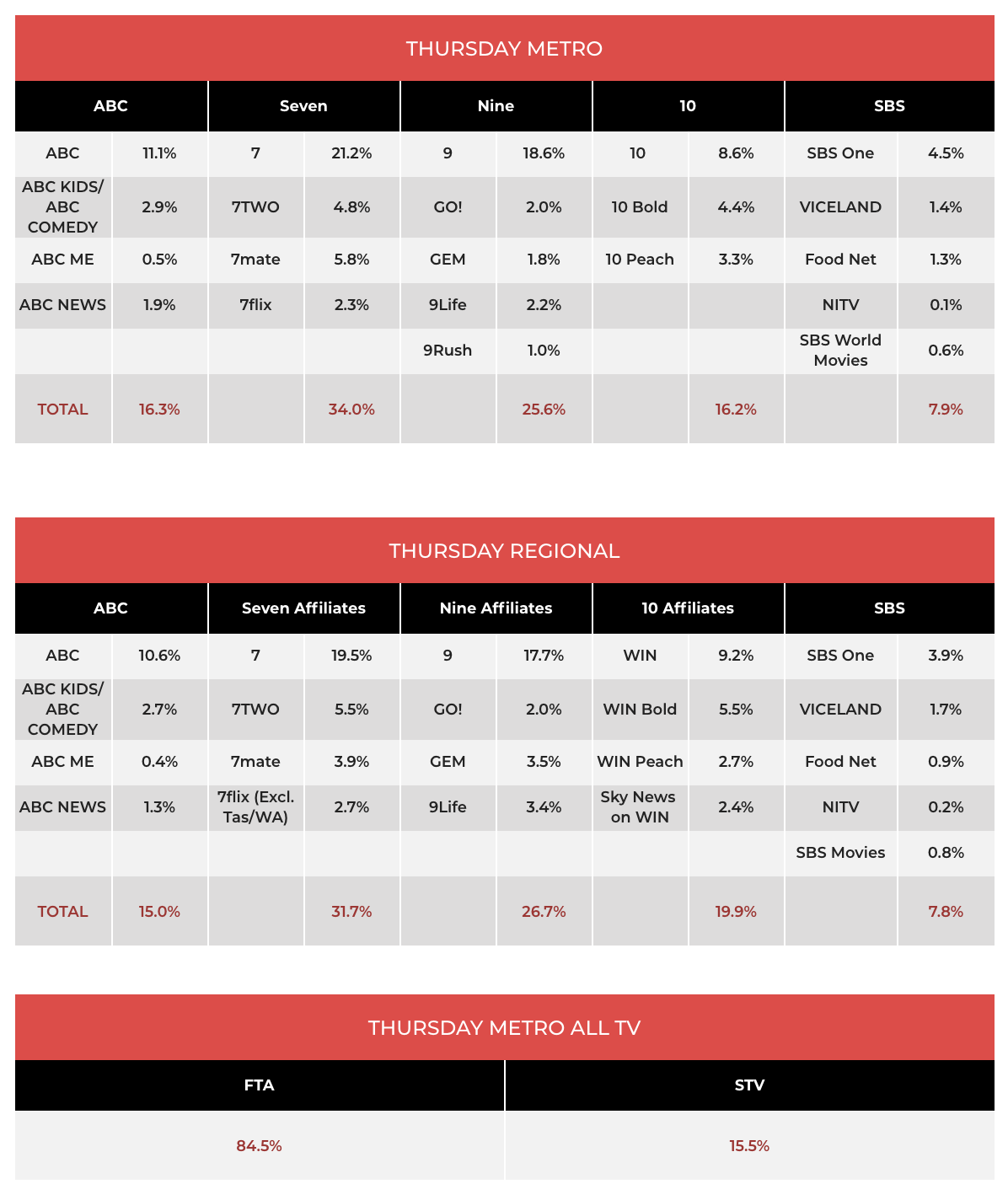 Seven: Home and Away ended its week on 558,000 with no Adelaide screening early because of the football.
The AFL Thursday clash came from Sydney where the Swans played Western Bulldogs. There was added significance to the game as it was played on the day of the death of AFL recent Hall of Fame inductee John Kennedy. Kennedy’s grandson Josh was playing his 250th game for the Swans last night. The metro audience of 544,000 was well down on last Thursday’s 633,000. The Melbourne audience was 317,000 after 404,000 a week ago.
The numbers still keep Seven on target for its most consistent ratings week of the year with shares over 19% every night so far.

Nine: On Nine’s Thursday Night Football NRL clash Penrith Panthers took on South Sydney Rabbitohs. The audience was 376,000 with 247,000 in Sydney with less interest in the Sydney derby in Brisbane with 106,000 watching. The Sydney audience was up from 168,000 on Thursday last week.

ABC: A couple wanting to move to the Noosa Hinterland was the property search on episode 25 of Escape to the City with 320,000 watching.
Earlier in the night The Heights did 207,000.
Even earlier in the night Alan Kohler ended his string of special reports for 7.30, while Leigh Sales interviewed Qantas CEO Alan Joyce. Let’s hope the company’s projections about international travel are way out. The 7.30 audience was on 648,000.

SBS: World’s Busiest Train Stations was the channel’s best with 197,000 watching the episode about Howrah Terminal, the busiest station in India.
The Secret Life of Al Capone then did 177,000. 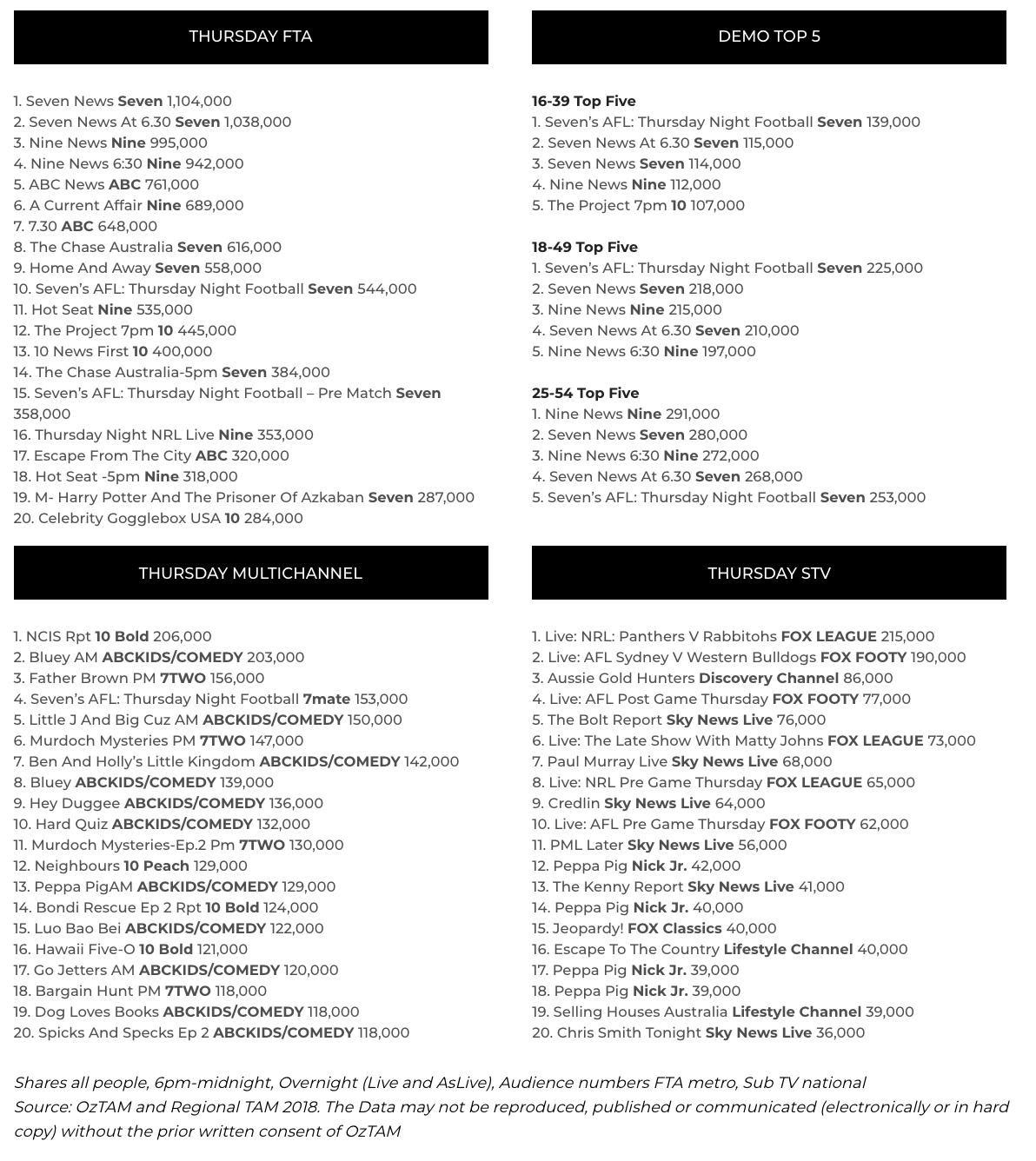