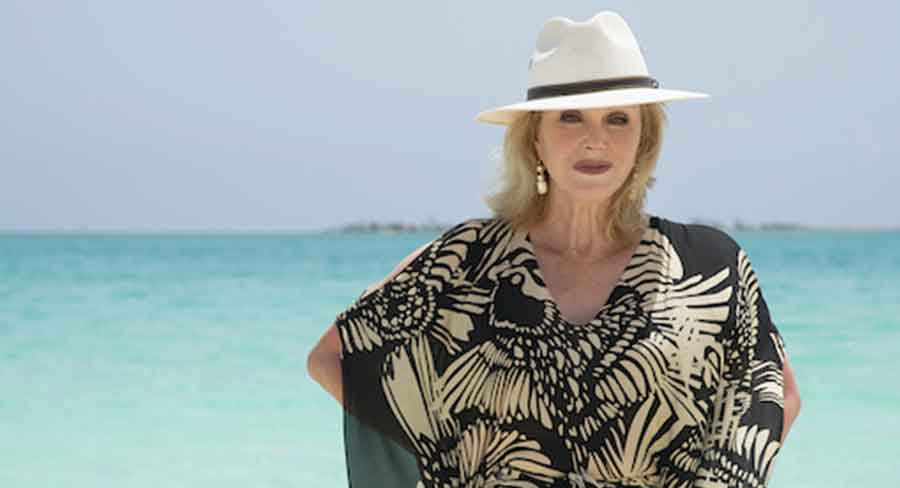 For just another spin-off, 9-1-1: Lone Star (Monday on Seven) gets it right with Rob Lowe and Liv Tyler in the leads. It’s punchy and self-deprecating and its “we are the world” supporting cast should make Sam Newman’s head explode.

Brian Michael Smith can also been seen in Disclosure: Trans Lives On Screen (Netflix) which reveals that 80% of all representation on screen has always been extremely negative and dehumanising, especially all the violence and trans serial killers (Psycho, Dressed To Kill, The Silence of the Lambs etc).

Crocodile Dundee (Stan) doesn’t get a mention but the scene where Mick sexually assaults a trans woman in a bar, and everybody laughs as she runs away, is pretty transphobic. Hoges will always be a legend, and lots of movie comedies from that era did worse, but let’s at least admit the past wasn’t perfect. Much better we remember positive Australian portrayals like Carlotta, Priscilla and Georgie Stone in Neighbours (weeknights on 10Peach).

Does producer Ryan Murphy ever sleep? His second series of The Politician (Netflix) has also just dropped and once again, his casting is out there. Bette Midler, Judith Light and Gwyneth Paltrow star alongside a wildly diverse cast where everyone looks fabulous while getting to chew the scenery.

One of Aaron Spelling’s worst ever flops was 1989’s Nightingales, which was about student nurses, always in their underwear, and described as being “demeaning to the profession”. Things are much more serious today in Canadian drama Nurses (Monday on FoxOne). It’s set in Toronto and the cast is multicultural and multi sexual. Sensibly dressed too.

The problem with Nurses is that we have seen it all before. The medical genre is as tired as the crime procedural, which is why Dead Still (Monday on Acorn TV) tries something not done before – a photographer who shoots dead corpses in 1880’s Ireland and keeps stumbling upon murders he needs to investigate with the help of an aspiring actress and gravedigger.

Joanna Lumley’s Hidden Caribbean (Tuesday on ABC) is a two-parter through Cuba and Haiti. Even with humidity hair, she still looks divine, still thinks everything and everybody is “extraordinary” and I could watch her travel somewhere wonderful every night. Delightful.