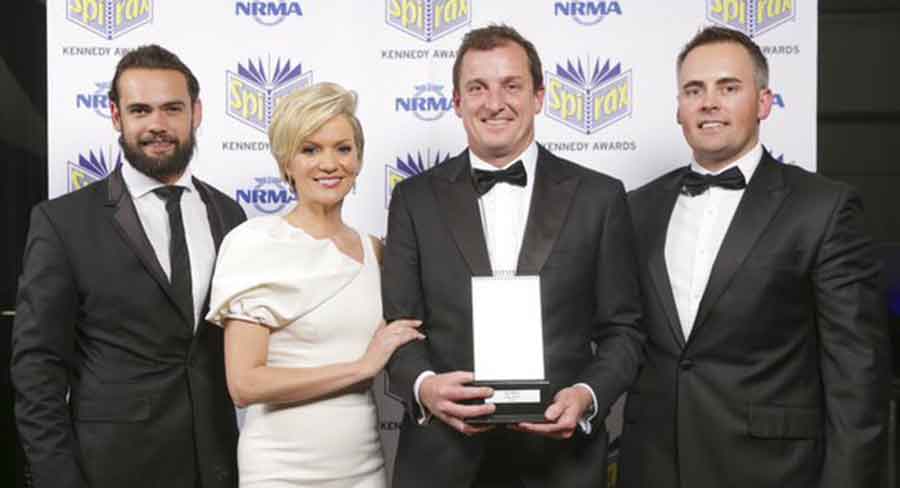 • Finalists in all 35 categories will be announced on July 22nd.

The Kennedy Foundation will again be supported by Network 10 as sponsor of the coveted Harry Potter Award for Outstanding Television News Reporting in the 9th year of the NRMA Kennedy Awards for Excellence in Journalism.

Network 10, a foundation sponsor of the inaugural Kennedy Awards in 2012, renewed its generous support of the award named after one of the network’s legends in 2018 and has backed up for a third consecutive year in 2020 to again recognise outstanding television news reporting.

The coveted television award will be presented at this year’s gala awards night at the Australian Turf Club’s Royal Randwick Ballroom, Royal Randwick, on Friday, August 7 following the Prime Minister’s recent easing of restrictions on gatherings of more than 100.

“In what has been a colossal news year, the NRMA Kennedy Awards and the Kennedy Foundation is extremely grateful to again have the generous support of Network 10 in this, the ninth year of the awards,” Fazzari said.

“The late, great Harry Potter was the face of crime reporting at Network 10. Harry was a true professional who set important standards for television news reporting and it is only appropriate that 10 is again recognising Harry’s contribution to journalism through the award.”

Fazzari said Network 10 will be well represented at the Kennedy Awards this year with 10 News First presenter, Sandra Sully, joining a stellar line-up of presenters on stage on August 7.

“I am not sure what Harry would have made of 2020, but I know he would be impressed by the work of our industry through such difficult times.

“At a time when journalism reaffirms its critical importance, we are proud to help celebrate Harry’s legacy with an award in his name.”

The NRMA Kennedy Awards for Excellence in Journalism, named in honour of legendary Sydney crime reporter Les Kennedy who died aged 53 years in 2011, continue to recognise our finest media professionals and those who have put so much back into the industry.

Entries have been streaming since the May 11 opening date and the Kennedy Foundation which stages the annual awards is keen for last year’s record for entries to be challenged in 2020.

Finalists in all 35 categories will be announced on July 22nd.

The awards include the richest prize in Australian Journalism – the $25,000 Kennedy Award for Journalist of the Year. Entry registration and work from the current financial year needs to be received by close of business July 1.

Registration is completed via www.kennedyawards.com.au and then submit your entries, 400 word supporting statement and a head shot to: kennedyawardsjudging@gmail.com