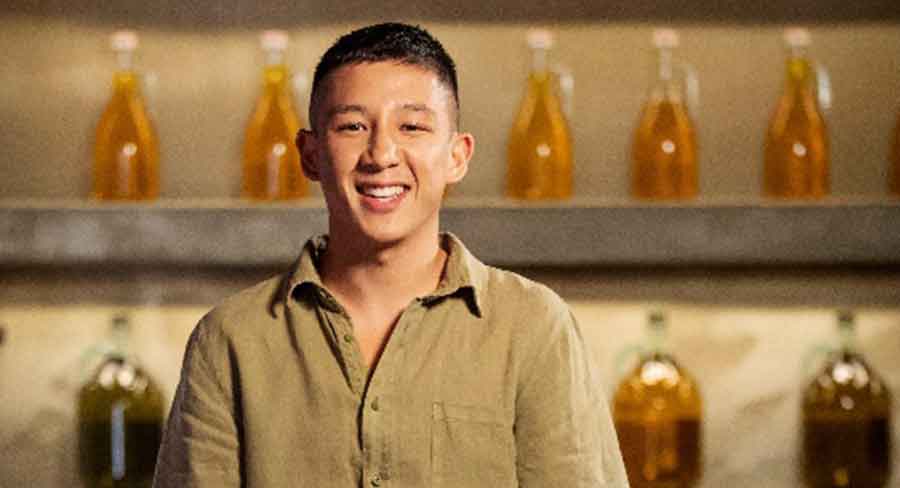 • It was the end of the road for Brendan on MasterChef 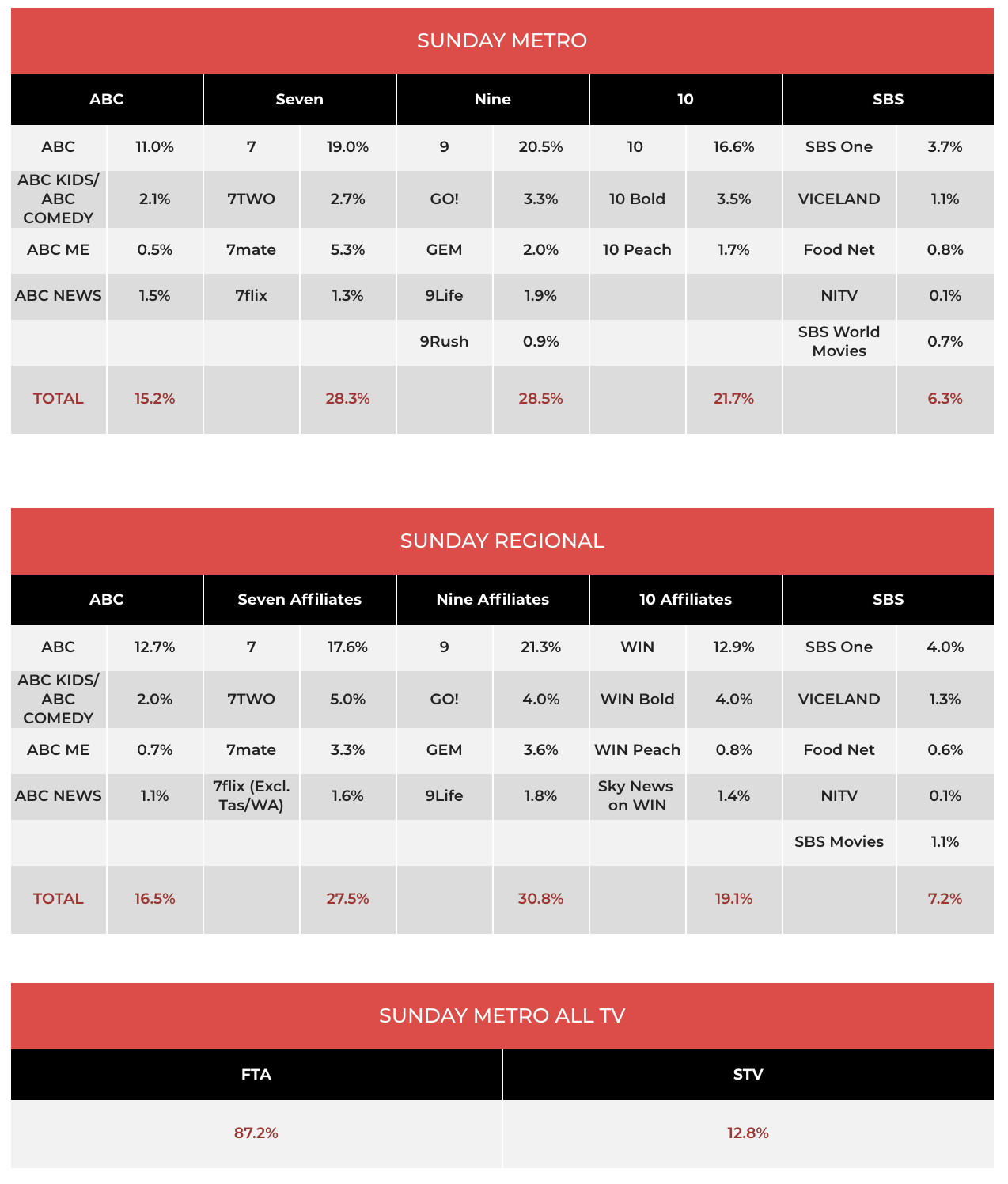 Seven: The channel has closed the gap on Nine, with Seven last night recording its second-best Sunday share since Easter. The broadcaster was also close to toppling Nine in network share with 28.3% Seven’s best since February.
Seven News and then continued good results for Big Brother drove the result. Big Brother was up week-on-week from 675,000 to 751,000 with the Eviction up 695,000 to 721,000. More important for advertisers is that Big Brother ranked #2 in key demos, knocking off The Voice 25-54 and 16-39.
Seven’s Sunday movie Captain America: The First Avenger was on 322,000.

Nine: The Voice was just short of 900,000 with the highlight a Kelly Rowland walk-out at the end of the episode after a massive fallout with fellow coach Guy Sebastian. The franchise has had better Sundays though – it trailed MasterChef all people and in demos and was also knocked off by Big Brother in key demos.
60 Minutes followed with 561,00. Despite the well-promoted Karl Stefanovic report on Peter Foster, it was one of the smallest audiences this year. Not that the series is going anywhere!

10: It was the end of the road for Brendan on MasterChef as the big names jostle for a spot in the final. The episode did 988,000, up from 946,000 last week. The show won its timeslot all people and in key demos. The departure of Brendan helped 10 post its best Sunday primary share since the launch of I’m A Celebrity…Get Me Out of Here! on the second Sunday in January.

SBS: A repeat of Petra: Secrets of the Ancient Buildings was on 169,000 followed by 93,000 watching the feature length doco Hurricane. 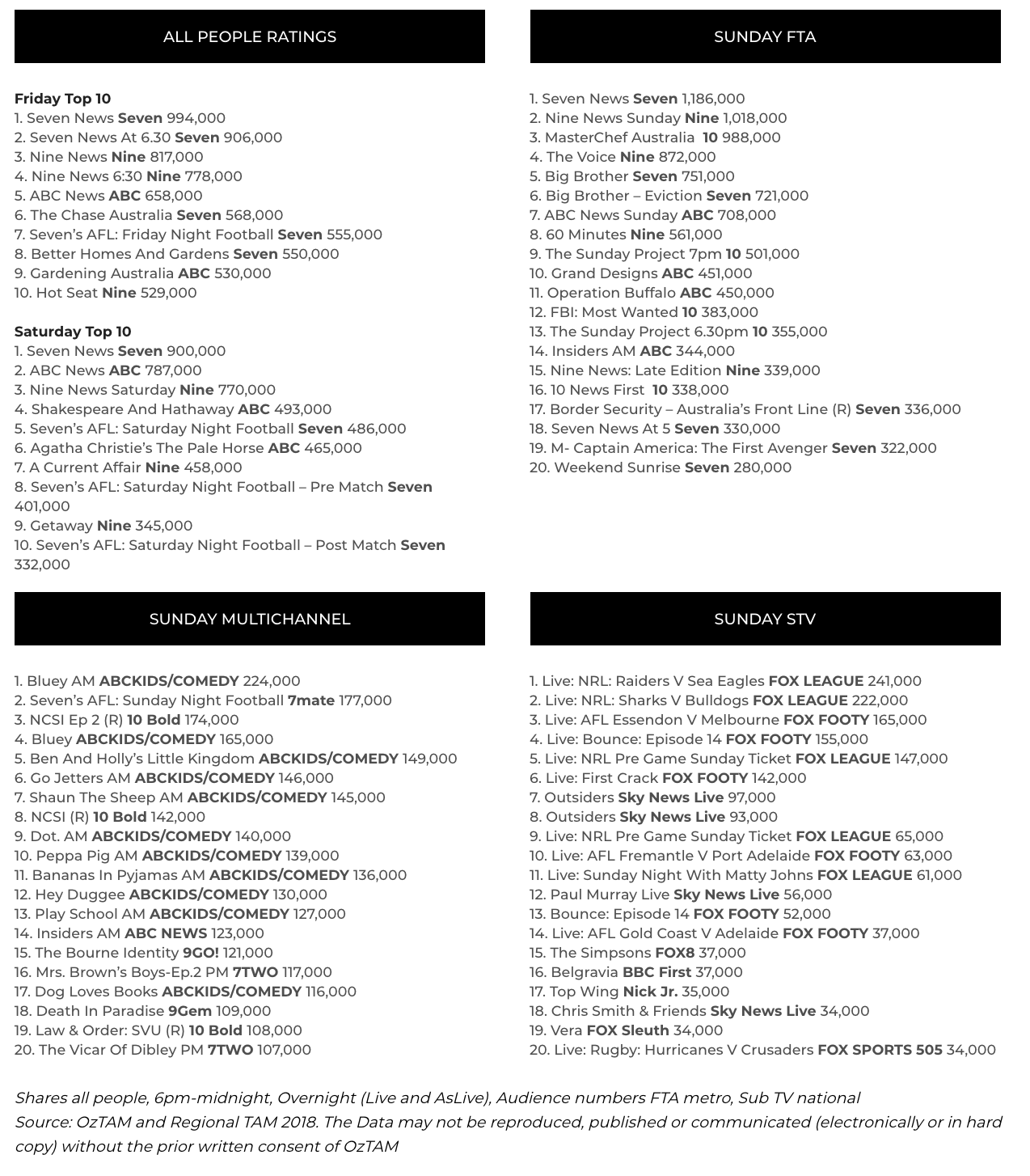