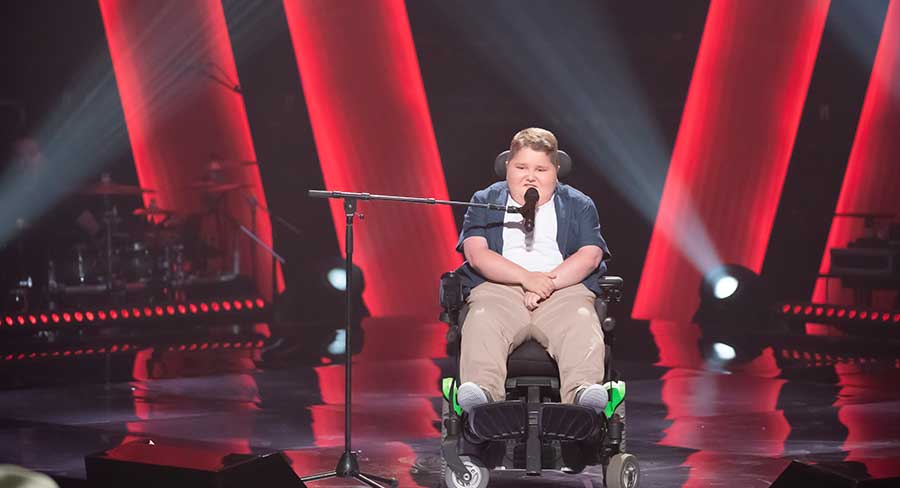 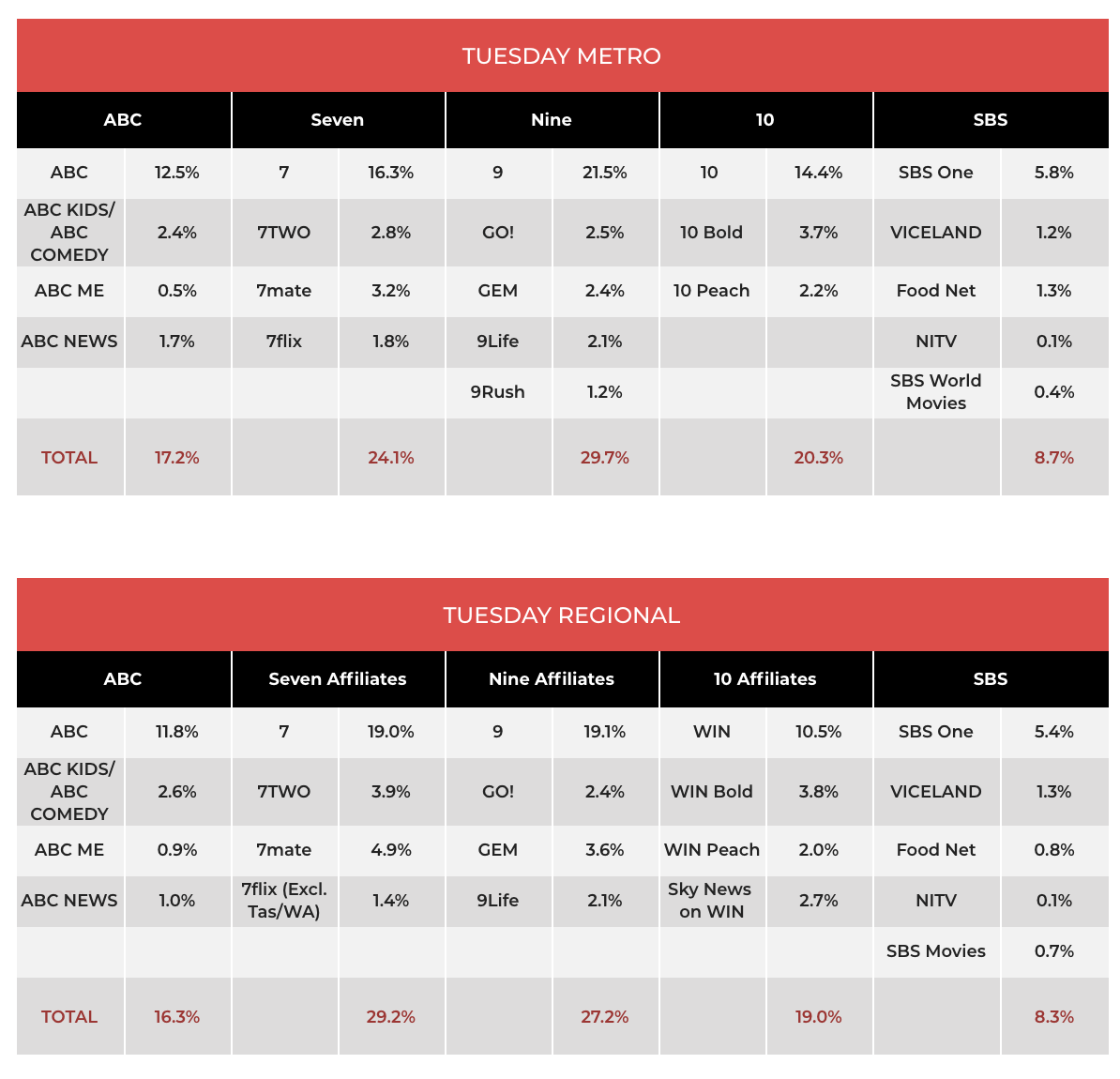 Nine: After A Current Affair began its week on 859,000 the Tuesday episode recorded an audience of 762,000.
The coaches were tough last night on The Voice with former Australian Idol winner Natalie Gauci nearly departing the program in the Blind Auditions. She was saved at the last moment though and was one of four singers chosen for the next round last night. The episode did 926,000, narrowly outrating MasterChef with what was the smallest Voice audience so far this season.
The second part of Whitney: Can I Be Me? did 360,000 after launching with 402,000.

10: The producers are drawing out the chance for immunity this week with a series of heats which will culminate with an immunity cook. The small group challenges are revealing great skills though as the series slowly gets closer to a top 10. The Tuesday episode nearly knocked off The Voice all people and was leading in the timeslot and the night in key demos and under 50. Khanh won last night’s heat as the final four compete tonight for a place in Thursday’s cook off. The audience of 922,000 was close to last Tuesday’s 920,000.
How to Stay Married then did 428,000 with a guest role for Judith Lucy. The audience was up from 401,000 a week ago.

ABC: The final episode of the all-too-short series Miriam Margolyses Almost Australian was labelled The Lucky Country with the host finding herself heading to the Gulf of Carpentaria. The series ended on 571,000, easily winning its timeslot again. The first two episodes had audiences of 573,000 and 567,000.

SBS: Cameron Daddo was the subject of Who Do You Think You Are? with Daddo travelling to the Channel Islands to track his ancestors. The episode was on 319,000.
Later in the night Insight did 218,000. 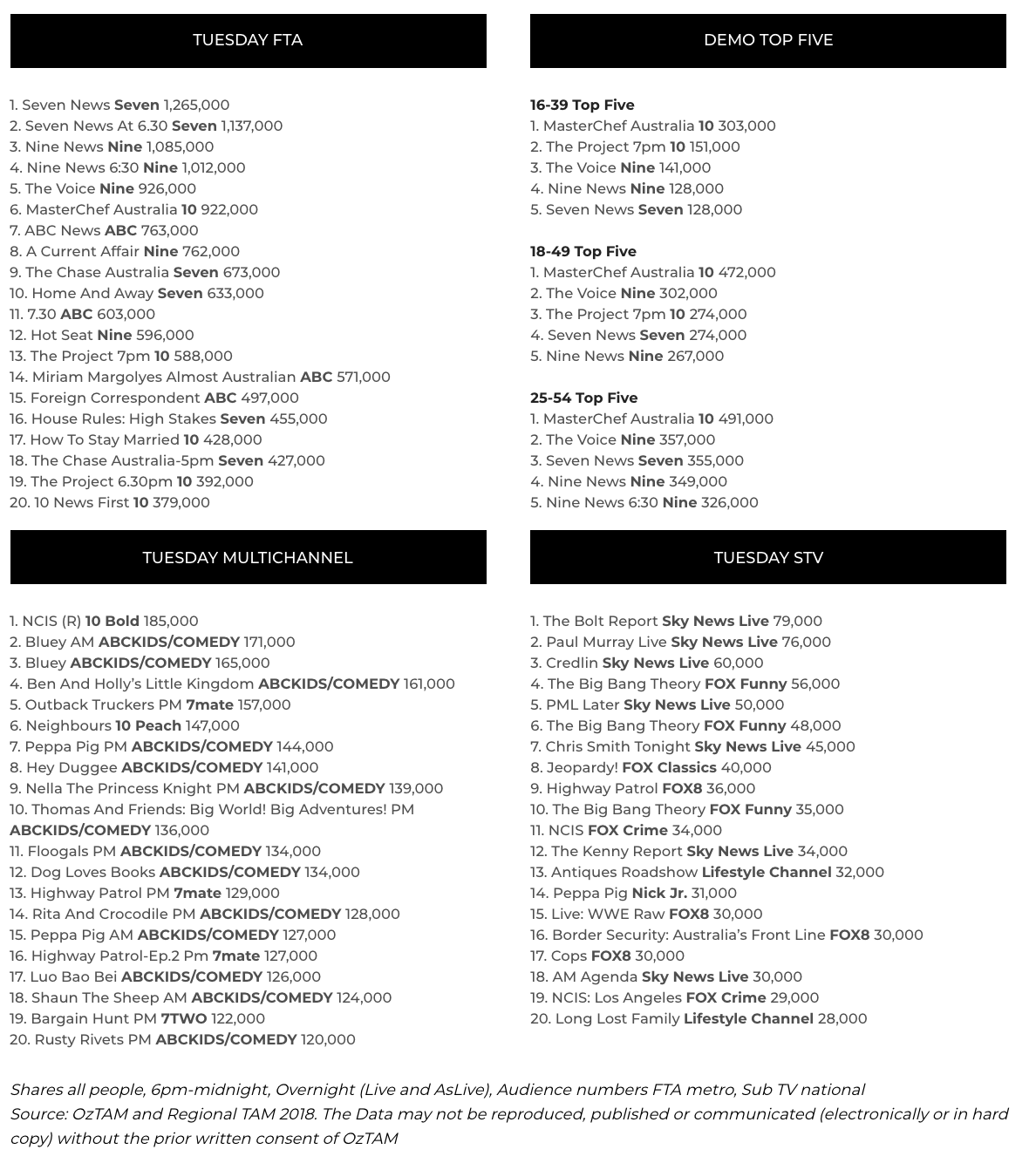