Daily Mail Australia jumped up the rankings from fifth position to take second place – the highest ranking for the masthead to-date.

Nine.com.au also made a jump in ranks, moving from sixth position to third.

Whilst the total time spent in the Current Events and Global News sub-category has gone down month-on-month, audiences are still spending significantly more time on news sites then they did earlier this year.

Both 7News and The Guardian dropped a rank each this month – to fourth and fifth position consecutively – though both recorded their second highest monthly unique audiences.

News.com.au dropped to sixth place, while Smh.com.au maintained its rank at seventh place. The Age overtook Australian Community Media Network to take the eighth spot and Yahoo! Moved back into the rankings to round out the top ten.

Off the back of a record breaking month in March for audiences to online news content, Nielsen’s data reports a decrease in audiences in the month of April across the top 10 news publishers. However, audiences are still substantially high, with many of these mastheads reporting their second highest audience figures ever in this latest month. 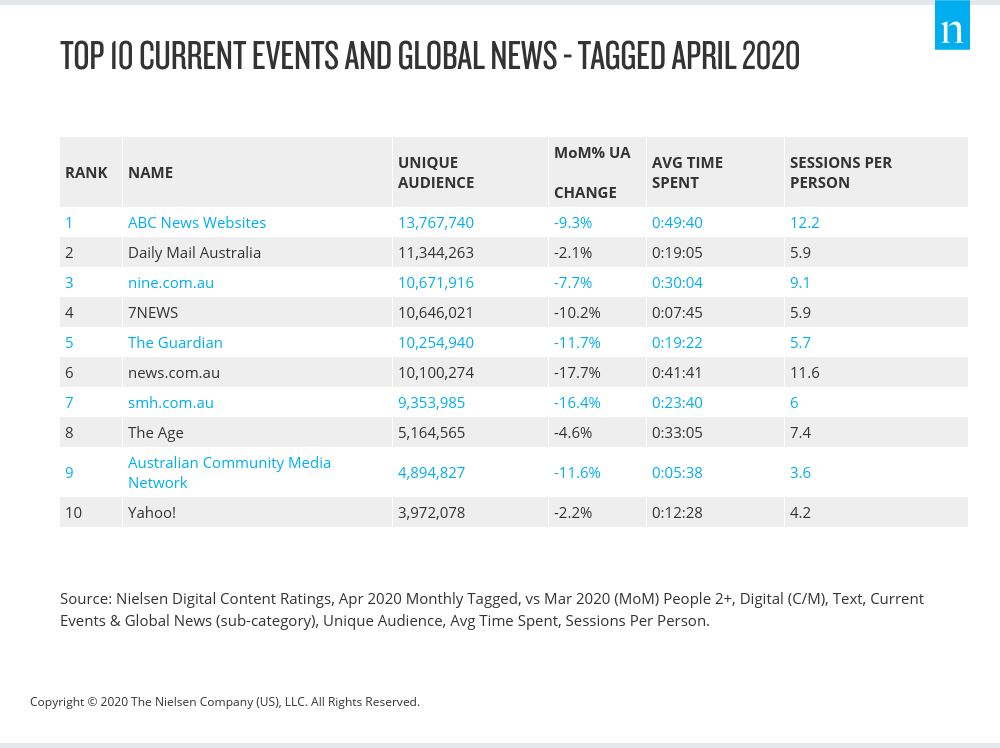