• The highest rating Australian made show this week is the Voice

Disney+ has continued its domination of the Digital Originals chart with The Mandalorian sitting on top again with either the Disney + original or Star Wars: The Clone Wars occupying #1 on the chart since April 22. This continues the strong run from Disney + which only launched late last year.

Meanwhile, there is a new #1 on the Overall TV chart as Killing Eve has moved up to #1 this week after concluding its third season on May 31. 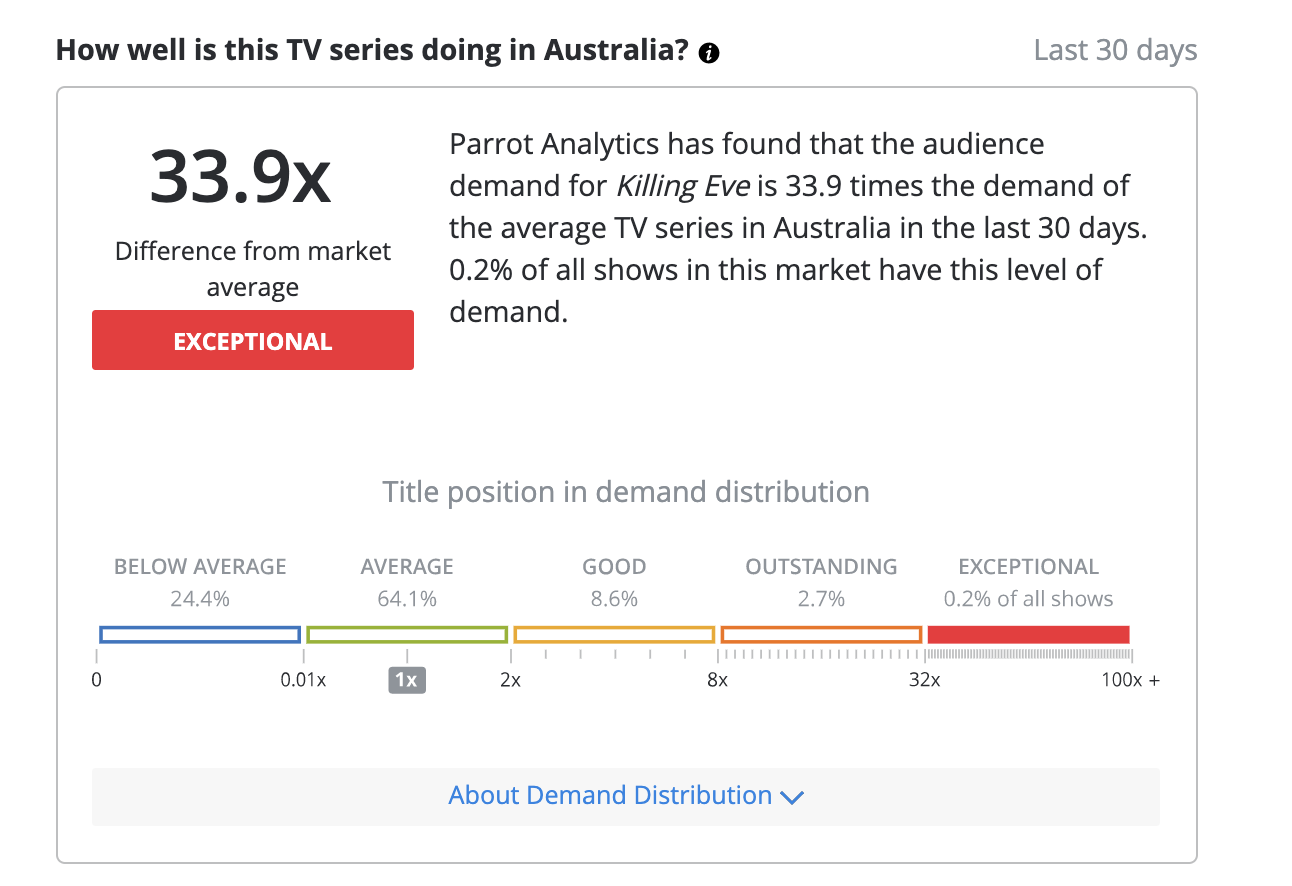 The show revolves around the relationship of international spy Eve Polastri from MI6 and international assassin Villanelle as a greater world of interconnectivity begins to unfold.

The show is produced for BBC America and was available to watch in Australia on ABC and iview. The series has already been renewed for a fourth season.

In NZ the DC Original Star Girl has joined the Digital Original charts. The show is based on the DC Comics superhero of the same name. The series stars Brec Bassinger as high school student Courtney Whitmore, who inspires the Justice Society of America with the cosmic staff.

The first season of the show premiered on May 18, 2020, and will consist of 13 episodes. The characters from the series had appeared in the Arrowverse crossover “Crisis on Infinite Earths” in 2019.

The highest rating Australian made show this week is The Voice which premiered its ninth season on May 24 and features returning coaches Delta Goodrem, Boy George, Kelly Rowland and Guy Sebastian. The show has also been a success with Australian TV ratings with the show regularly winning the 7:30 pm time slot. 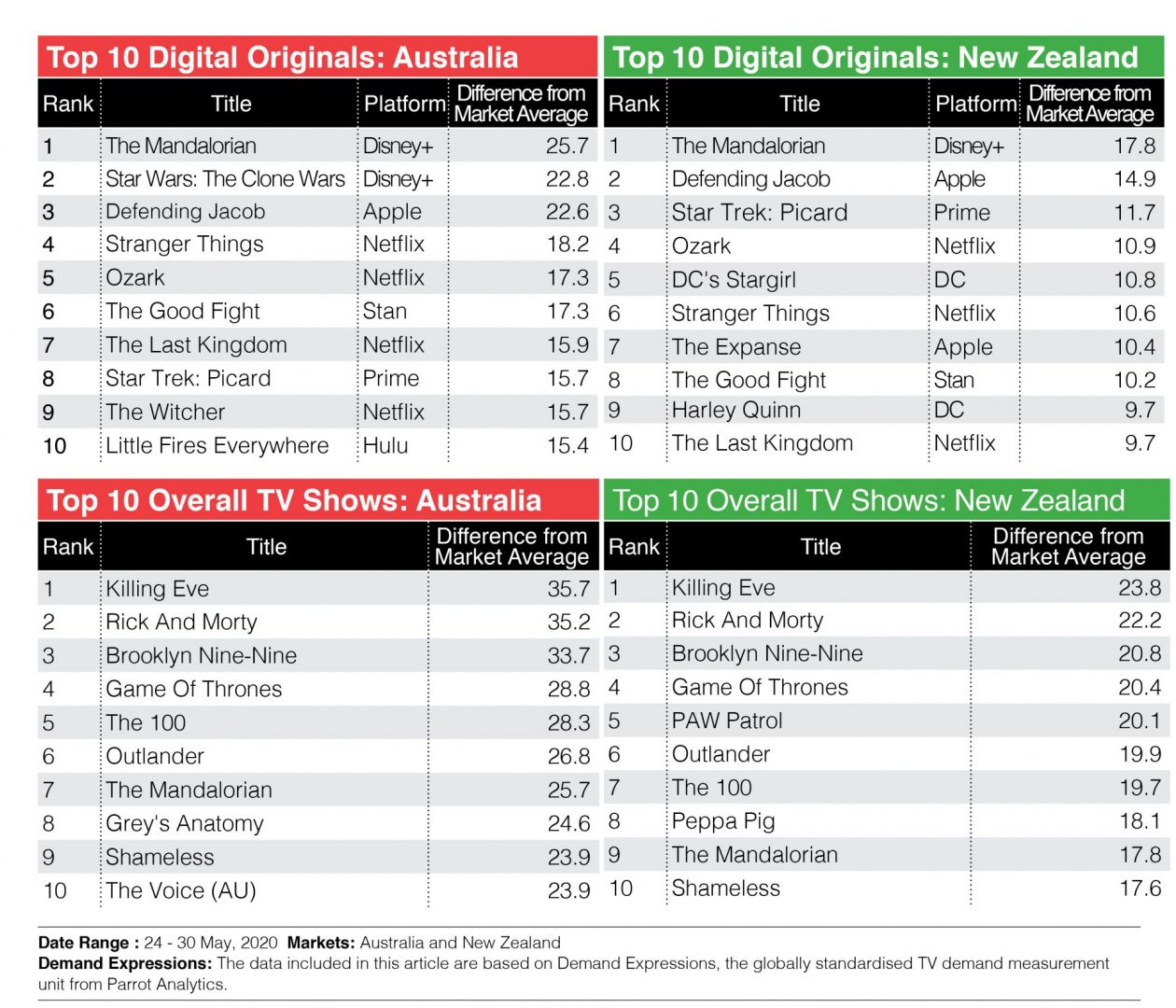