Seven: The third and final night of Big Brother for the week was key to another win for Seven. Seven has now won three consecutive nights all people and with support from the AFL over the remaining three nights it should be hard to beat.
Although Big Brother trailed MasterChef all people and in key demos, the series continues to lift Seven’s numbers significantly in the 7.30pm timeslot. With a first week average audience of around 800,000 the series should remain there although a move to Sunday to Tuesday episode could see some more audience movement next week.
The Wednesday episode started on 748,000 and climbed to 805,000 for the eviction. That was enough to help secure Seven as Wednesday #1 network and primary channel in all key demos. The final four housemates arrived while there was another one-sided vote for the evictee – with Soobong the third person out. 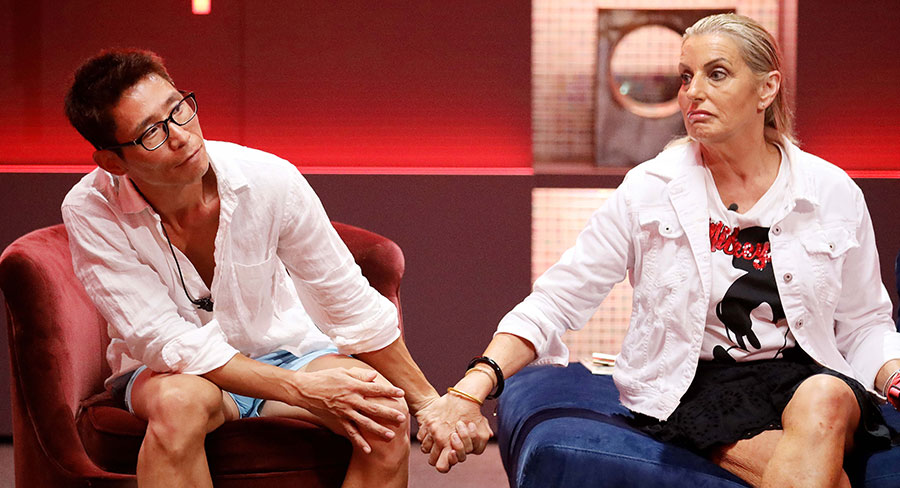 Home and Away had its best night of the week with 692,000.
The Front Bar followed Big Brother in AFL markets with 418,000 across the metro markets with 213,000 in Melbourne. Two great guests were Matthew Richardson and former AFL boss Ross Oakley.

Nine: A Current Affair dropped 100,000 from Tuesday with 701,000 last night.
Taronga: Who’s Who in the Zoo and then Paramedics both just made it over 400,000.
Nine’s midweek share just made it to 16% on Tuesday and Wednesday, its lowest return from the two nights this year.

10: MasterChef continues to sizzle for the channel and must be the best performing entertainment series on TV at the moment. And arguably the second best this year after Married at First Sight. The biggest thing in the show’s favour is its demographic delivery for advertisers, something it achieves over five nights every week.
Last night Reece, Emelia and Poh qualified for an immunity challenge tonight. This featured a split judges’ decision with Melissa giving Poh a bad review while Andy and Jock thought it was a good dish. The audience was on 978,000 easily winning the timeslot in all demos.

SBS: The numbers only dropped slightly from a launch audience of 286,000 for Filthy Rich and Homeless to 272,000 for the second episode.
Earlier in the night another train series launched with 284,000 watching the Europe episode of Tony Robinson’s World By Rail. 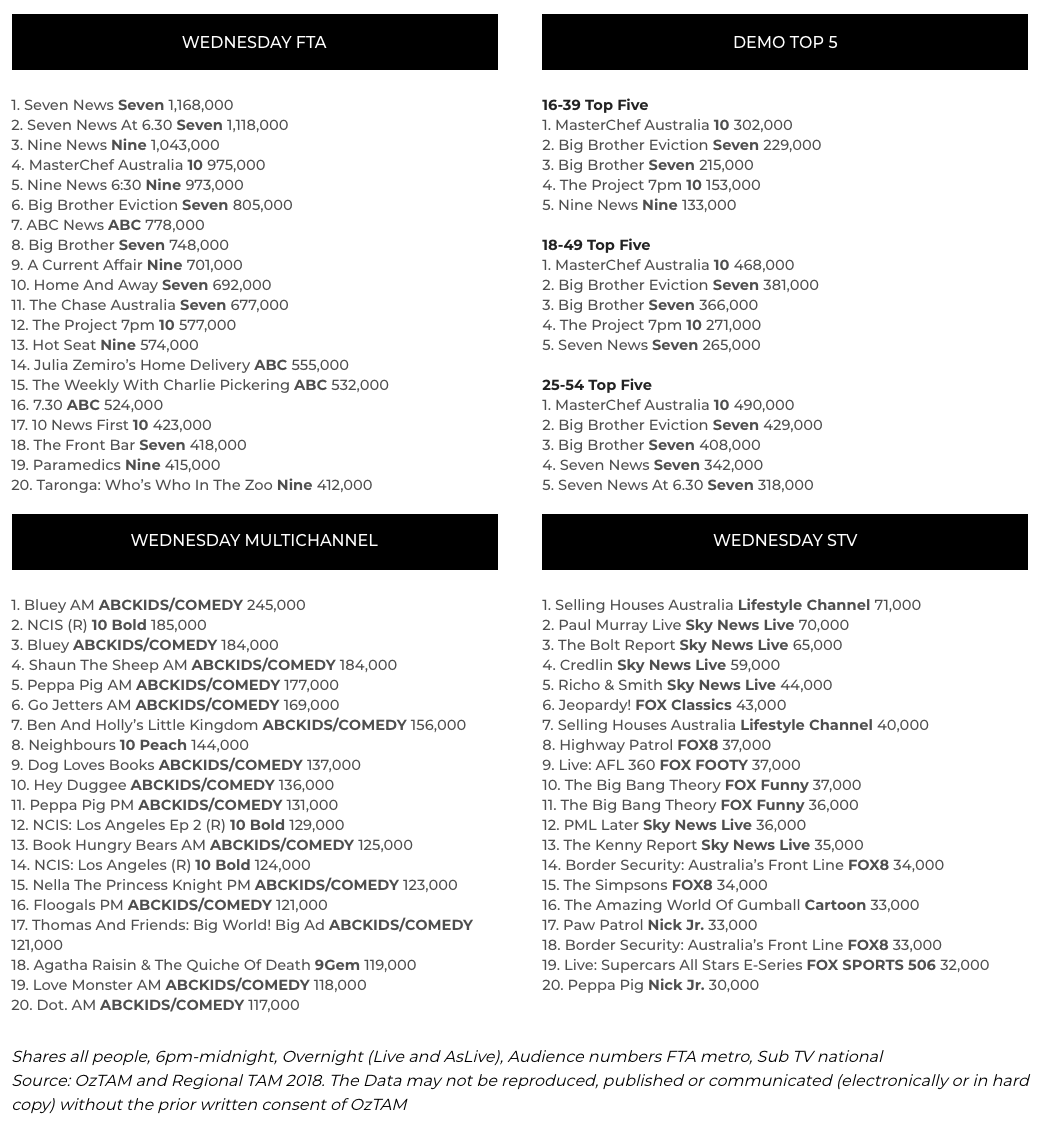