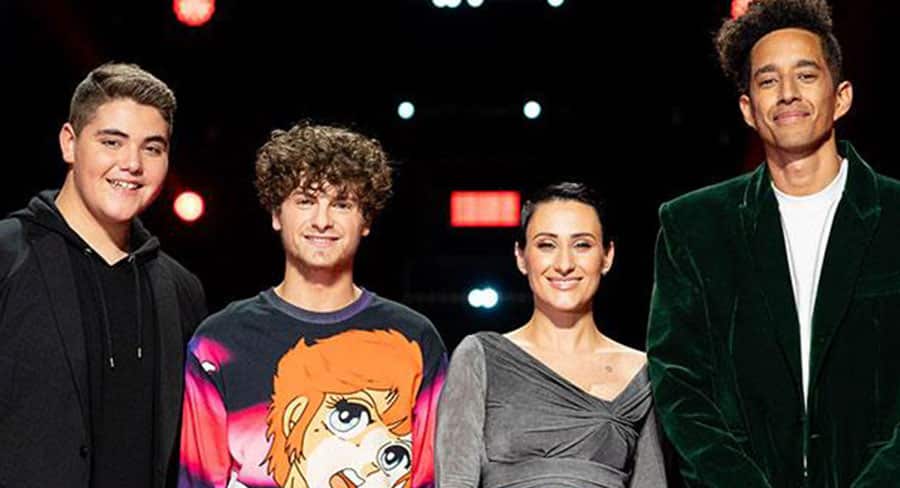 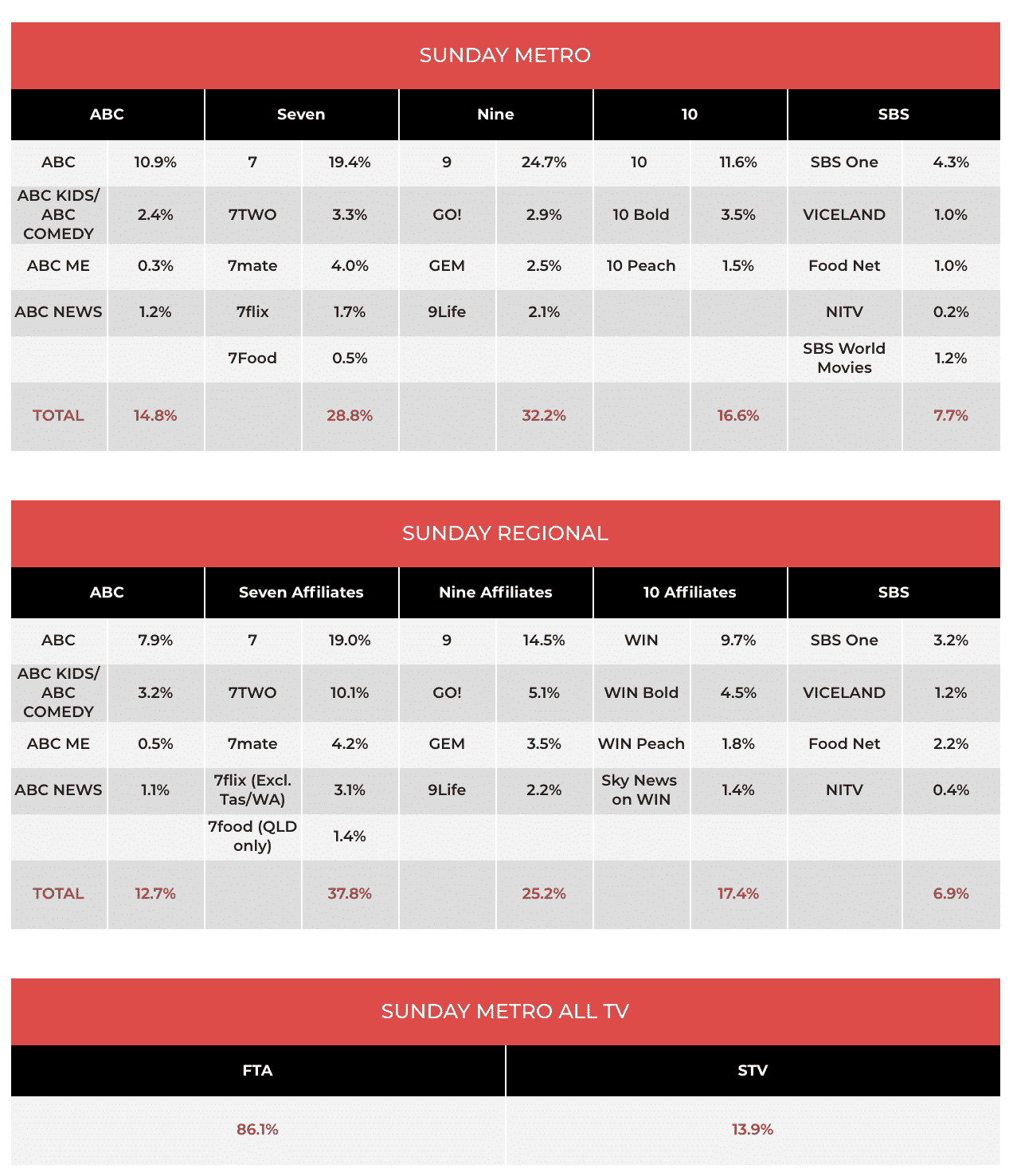 The Voice Grand Final just made to 1m metro, a number that was strong enough to power Nine to a primary and network share win. The final of the 2019 season recorded an audience of 995,000 for the episode and then climbed to 1.123m for the Winner Announced. That figure is just up on last year where the Grand Final episode did 987,000. The most-watched episode of The Voice this year was the Sunday episode in week three with 1.105m watching.

Sydney powerhouse Diana Rouvas was been crowned winner of The Voice 2019.

Nine has reported it was the closest voting results in the history of The Voice Australia, with Rouvas, a returning All Star, edging out runner-up Daniel Shaw, and the other two finalists, Zeek Power and Jordan Anthony.

Her winner’s single, Wait For No One, was available after the episode went to air.

Rouvas is the first winner of The Voice to be coached by Boy George, who said: “Diana makes me cry when she sings. She has a voice that is a gift from above and I’m super proud to have coached and been touched by her amazing talent.

“I can’t wait to perform with her again. She is Australia’s Barbra Streisand and I don’t say that lightly.”

In winning The Voice season eight, Rouvas has earned a recording contract with EMI Recorded Music Australia and $100,000 in prize money.

Suburban Gangsters featured the armed robbers Russell “Mad Dog” Cox and Ray Bennett. The series didn’t get a start until around 10.30pm and had an audience of 189,000.

The Project featured Mark Ronson the day before his second Nova Red Room. The episode did 421,000 after 7pm.

On MasterChef the top seven arrived in Perth via chopper. Although they were promoting WA tourism, the first episode was conducted inside Perth Stadium – the MasterChef logo looked good on the scoreboard and the ground signage. The Sunday number was 638,000.

After the Tour de France Stage 1 had an audience of 152,000 on Saturday night, Stage 2 started later last night with 107,000 and then continued on SBS Viceland.

SBS flicked the switch to the Women’s World Cup final at 12.30am for pre-match coverage with the game underway from 1am with 46,000 watching the first half. 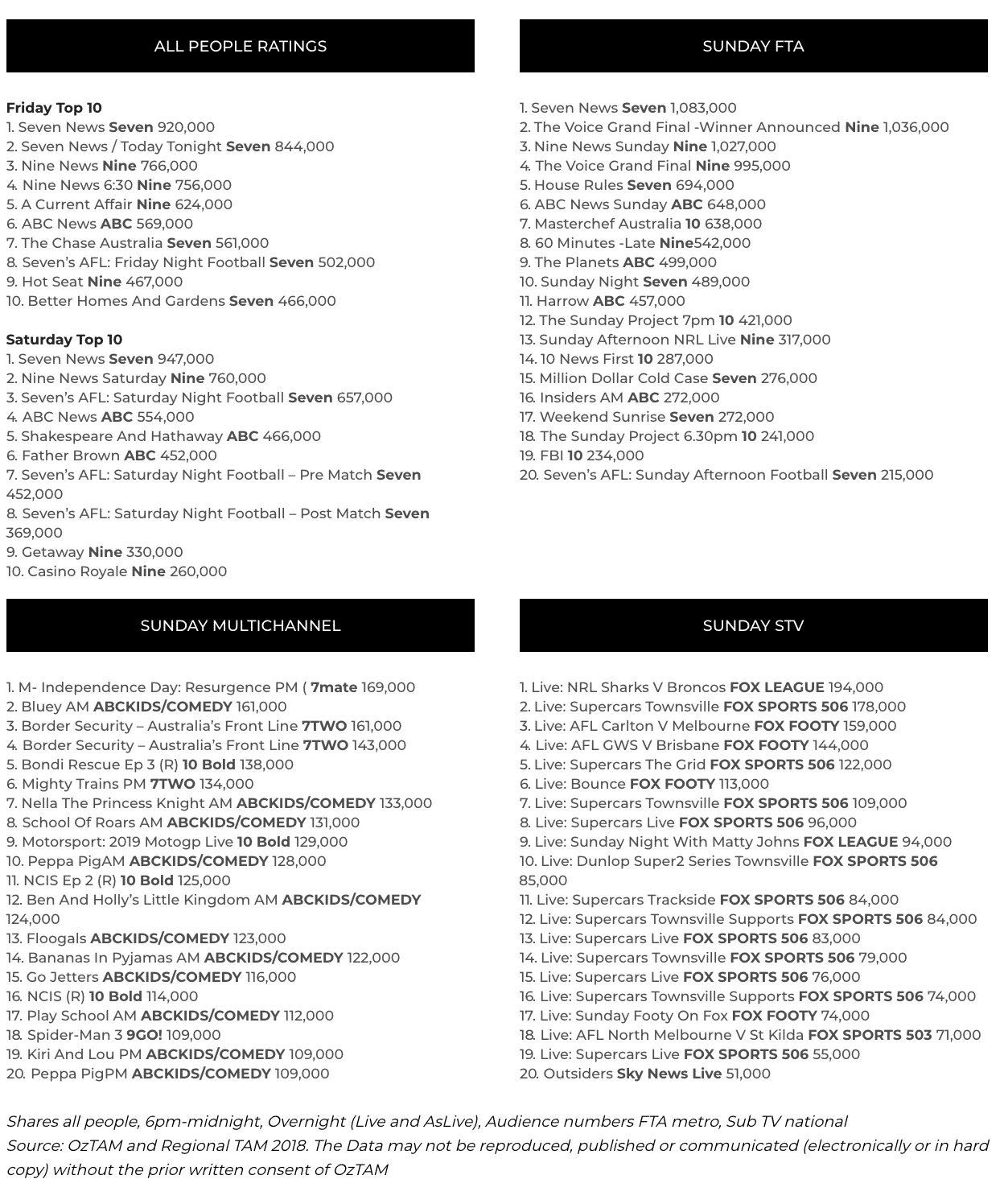