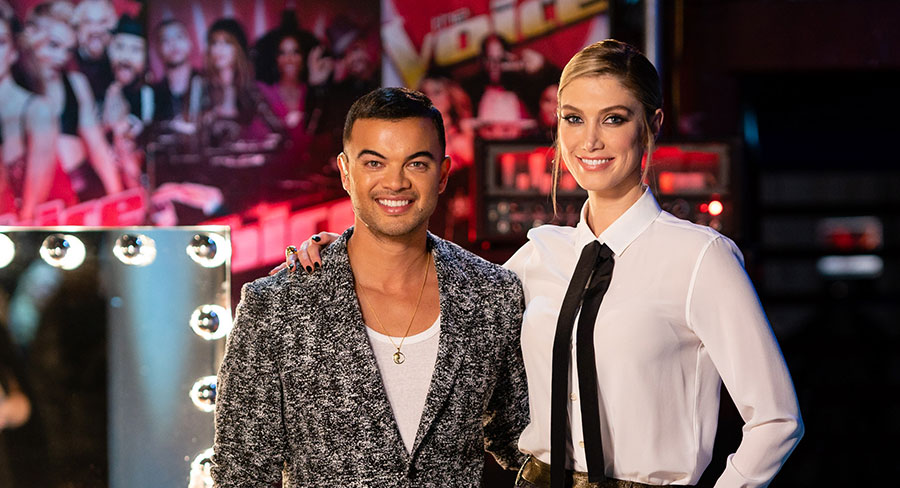 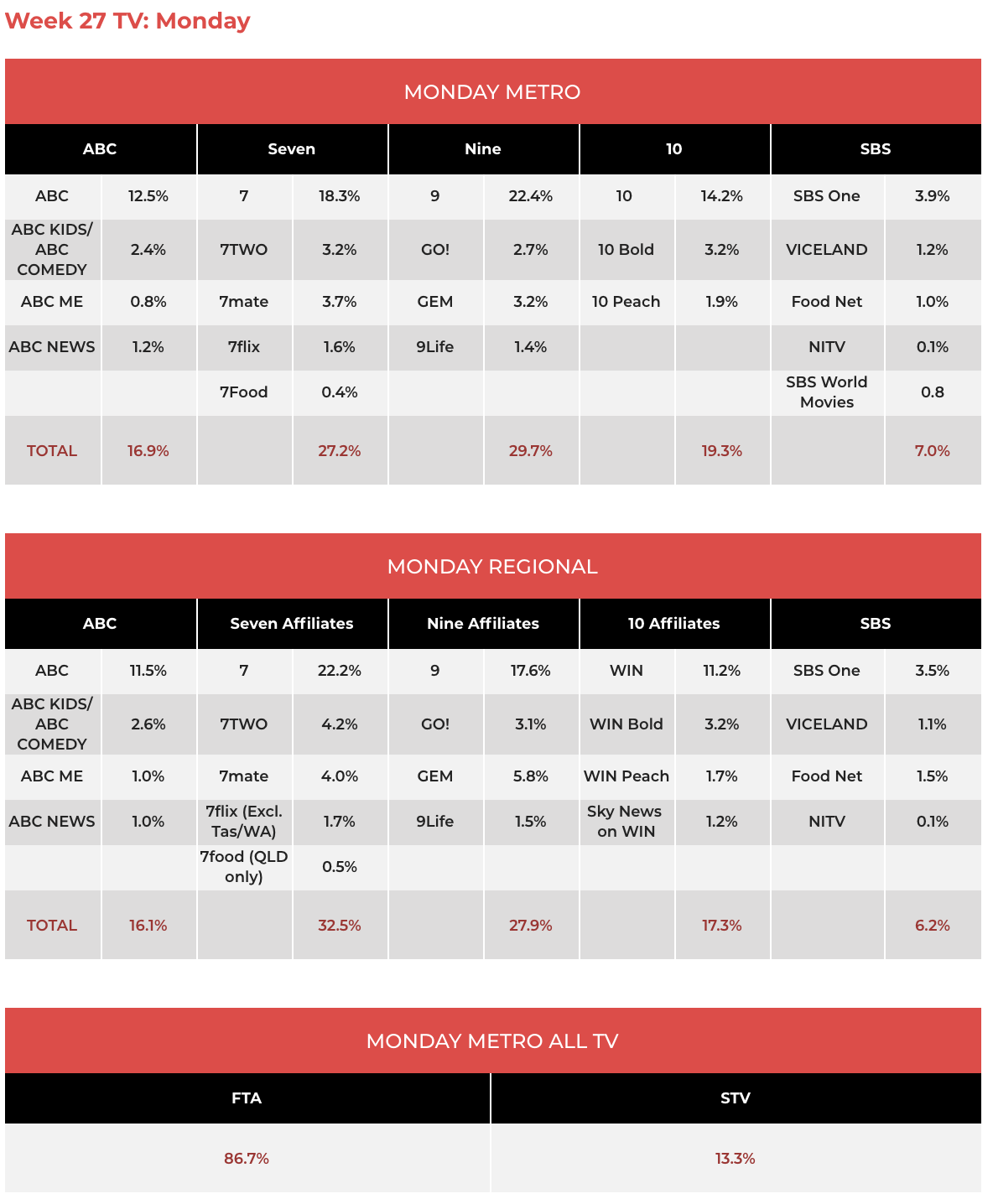 Tracy Grimshaw was back in the A Current Affair studio after her Logies appearance. She had some thoughts about Tom Gleeson as did many in the industry yesterday. “He told us the industry was dying, we waited for him to change pace and close his speech with some grace, but no chance. Hilarious!” The show started the week on 836,000. The average for the past two weeks was 741,000 and 703,000.

Nine then screened the top 12 episode of The Voice. It was brutal when it came to the votes with three being sent home. Another five will depart tonight. Those remaining will compete in the Grand Final coming next Sunday.

There was a lot of singing last night on The Voice as you would expect. At times it seemed as long as The Logies, with the final decisions being revealed close to 10pm. The audience was a little smaller than the shorter episodes. However 839,000 ranked the show #1 after 7.30pm and helped Nine secure a Monday win.

There is still a week to go until Carrie Bickmore returns to The Project. However as the last remaining original co-host she was onstage with her colleagues to accept a TV Week Logie on the Gold Coast. Some of the Logie magic rubbed of on the ratings last night with 563,000 after 7pm.

It was an elimination night on MasterChef as the three facing the axe had to recreate a challenging version of an apple pie. Tati Calin subsequently became the 16th person to depart the show after Anushka and Tim made their way into the final eight. The episode did 655,000 after 687,000 a week ago.

Have You Been Paying Attention? became the third of 10’s Logie winners who went back-to-back last night in the Monday schedule. Some clever editing saw host Tom Gleisner celebrating the win and the show even managed a couple of Logies night questions. The episode did 704,000 despite no Sam Pang who was enjoying a holiday during a radio ratings break. The numbers were down a little from 748,000 a week ago.

It was the final episode already of Kinne Tonight with the series ending on 314,000 after 296,000 last week. The episode was strongest in Melbourne and ranked #2 in the timeslot behind Q&A after The Voice ended.

Great American Railroad Journeys has returned to Monday with 157,000 at 7.30pm. 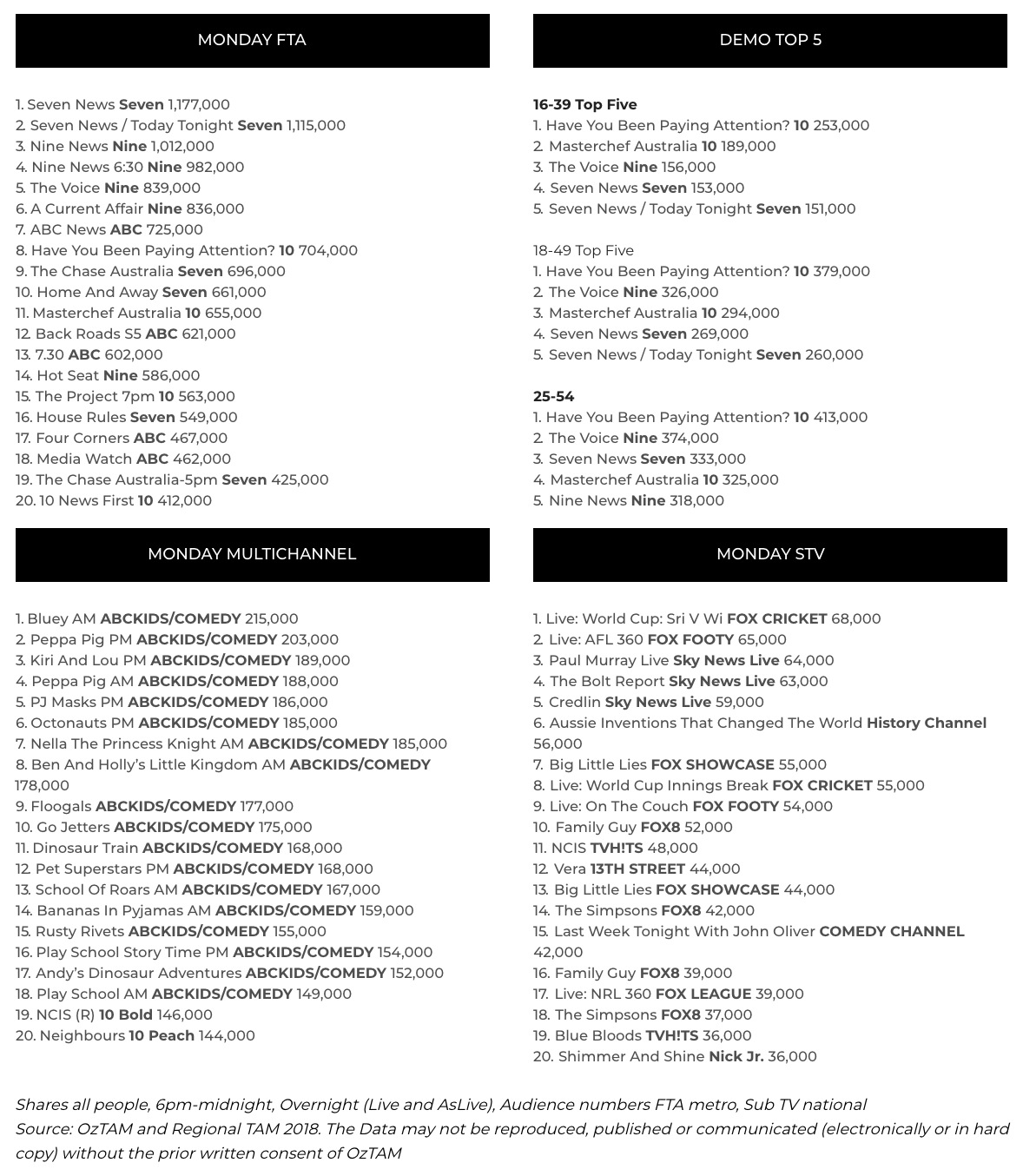