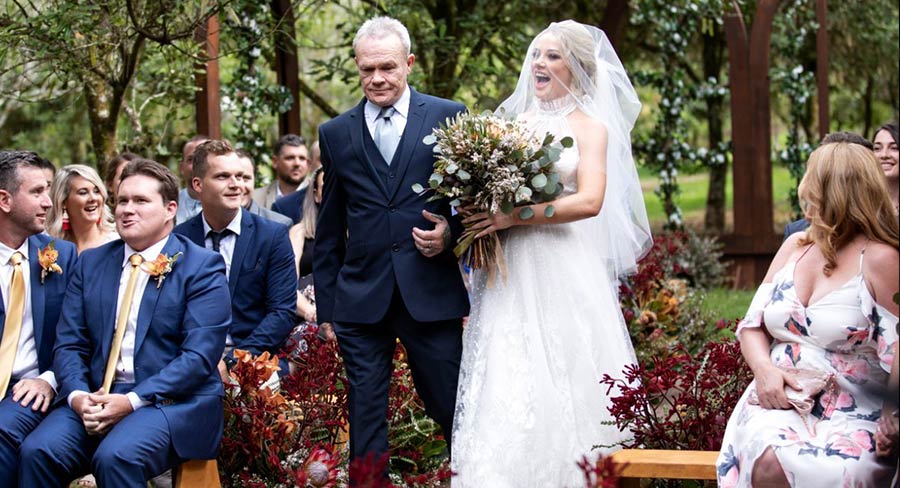 I’m A Celebrity…Get Me Out Of Here

Seven got very close last night to a primary channel win, trailing Nine by just 0.2. Seven is able to claim a combined channel win though with a narrow lead over Nine by…0.2.

On My Kitchen Rules, the audience was steady for episode two just over 800,000. The instant restaurant from Amanda and Blake saw the first scores of 10 this year. As co-host Pete Evans told Mediaweek, there are more scores of 10 given out this year than ever before.

A second successive night of The Good Doctor was on 552,000 after 621,000 on Monday. Last night would be the smallest audience yet for the US medical drama.

There was also an audience dip at Married At First Sight with the Monday audience down to 955,000. The program remains the leader in the timeslot and key demos though.

After starting its weeknights at 7pm this week on 438,000, The Project lifted a little to 465,000. Dave Hughes returned to the show ahead of the launch of a new season of his panel show.

I’m A Celebrity…Get Me Out Of Here! had much going on including Luke Jacobz in a terrifying trial and then spilling the beans on Lindsay Lohan. The Tuesday audience was just over 600,000.

Hughesy, We Have A Problem helped build the channels Tuesday share with half a million staying with 10 until 10pm. The episode was #1 under 50 in its timeslot and was up 9% on the show’s 2018 average.