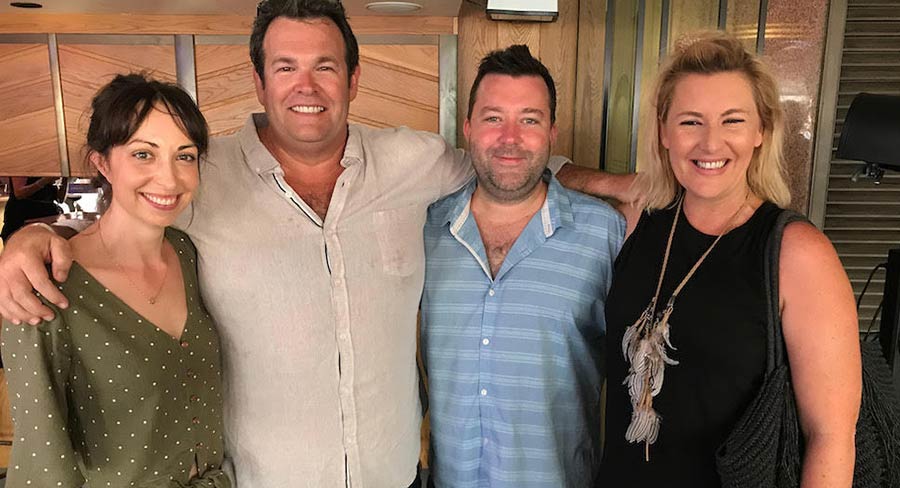 She is not allowed to start her new job until March, but new Triple M signing Laura Bouchet was a special guest at Lawrence Mooney’s Sydney Opera House gig last night.

Southern Cross Austereo turned on the hospitality for a number of clients and the breakfast team, inviting them for pre and post-show drinks and tickets to one of Mooney’s 11 Opera House shows.

Mooney had the Playhouse Theatre rocking with laughter in much the same way his new Sydney home rocks its audience with its playlist. His An Evening With Malcolm show is nearing the end of its national tour and the centrepiece of the show is a TV chat program hosted by Malcolm Turnbull.

There are just a few shows left at the Opera House and Mediaweek advises readers they should move quickly to get tickets!

Supporting Mooney in the audience last night was not just his new executive producer, but his colleagues from breakfast Gus Worland, Jess Eva and Chris Page with some of their production team.

Also on hand was Sydney content director Jamie Angel who SCA’s Mike Fitzpatrick notes elsewhere here today is current “getting his hands dirty” producing the breakfast show with a 4am start.

Others from SCA at the gig were head of marketing Nikki Clarkson, head of radio sales Sydney Carla Vella and head of direct sales Lyn Barp.