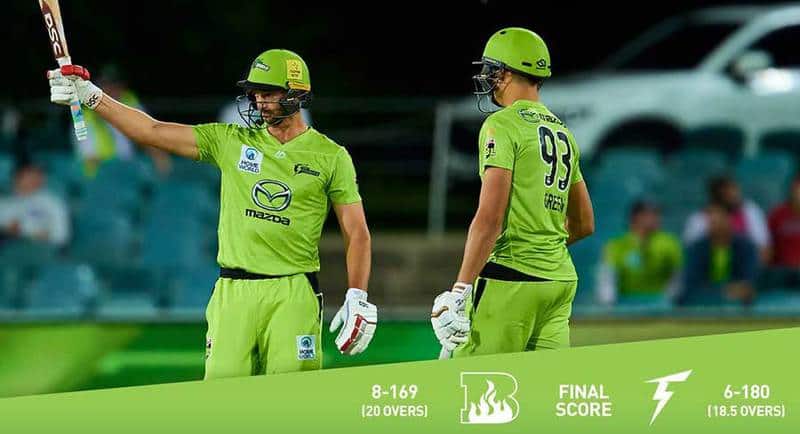 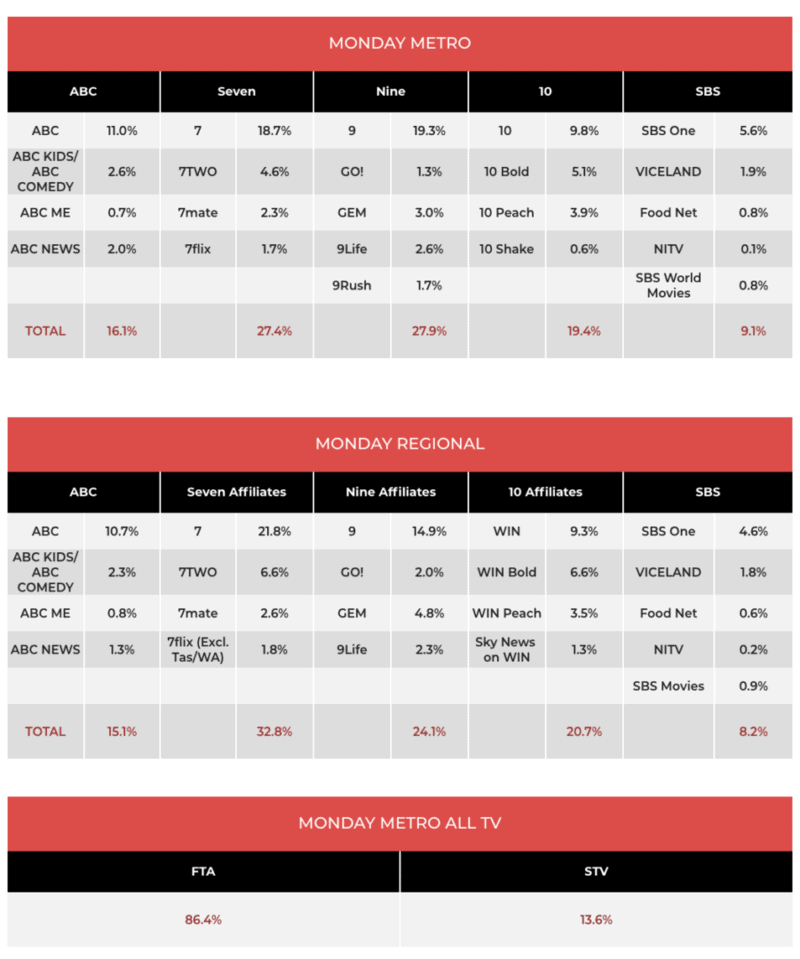 Nine has again ranked #1 primary and network share despite a cracking Big Bash League contest on Seven between the Sydney Thunder and Brisbane Heat.

Just why audiences chose old Gold Coast Cops over the cricket could be confusing sports rights negotiators. Would bigger audiences turn out if the teams included the likes of Steve Smith and David Warner? (Not that Test players have ever regularly appeared in the competition.)

The second innings of the cricket had the biggest FTA audiences, but a Sydney Thunder climb out of the grave and the amazing innings of Daniel Sams (four sixes to win the game in the penultimate over thank you very much) deserved much better than 400,000 metro. 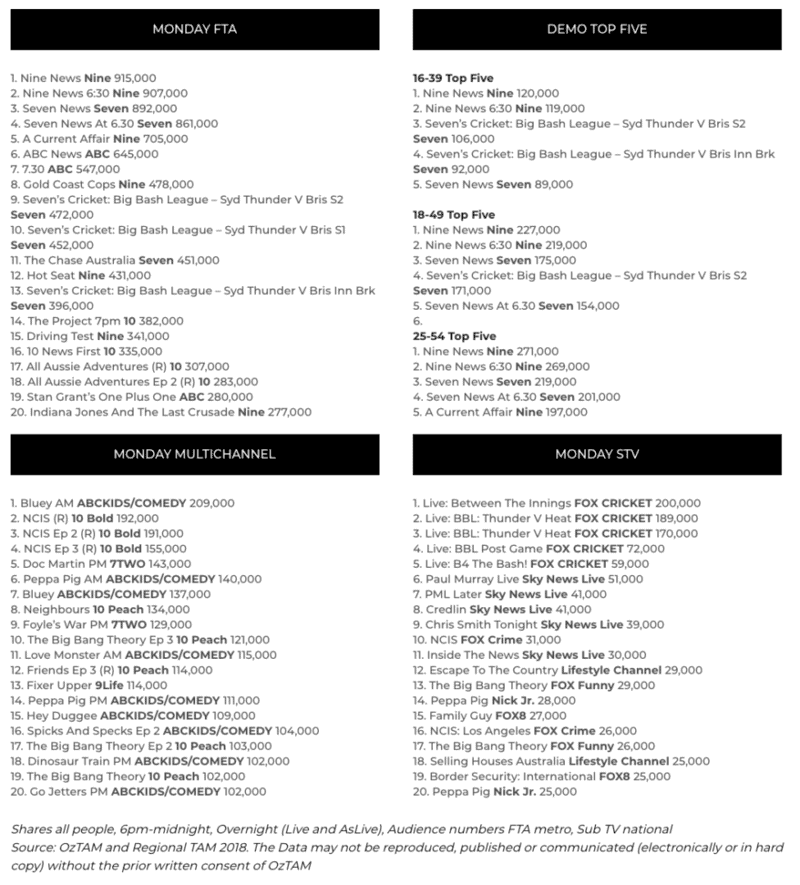