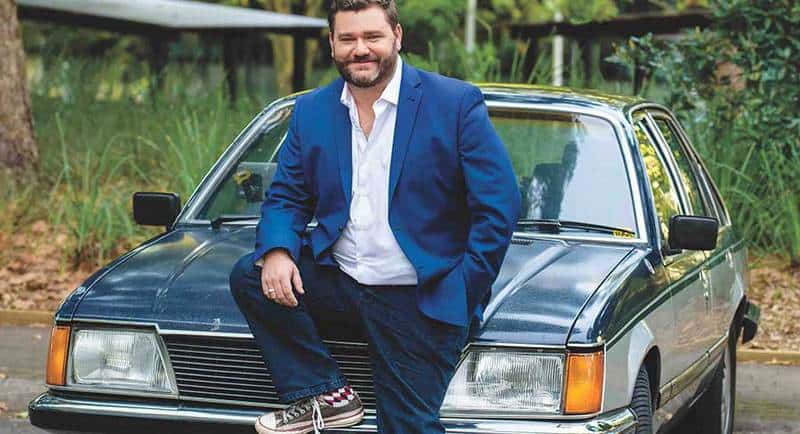 After 10 years, Murray and his producers have a reasonably settled list of regulars on the nightly Paul Murray Live program. How did they cast them?

“Shows like mine, and others, cast in part for conflict, in part for education, in part for red meat,” Murray replied. “Often the changes in guests have mirrored the need to pull a little more on the conflict lever or to push a bit harder on the insiders’ lever.”

Murray indicated he thought his talent line-up is underrated.

“I sincerely hope that media-literate lefties watch the show to understand what the other side is thinking, instead of just rolling their eyes at the silly little bearded fat man.”

Some of those regulars have graduated to their own programs over the years.

“There was a period of time when it was slightly frustrating that people who had barely done TV were doing a couple of spots a week and I was working as hard as possible to show them off in their best light. And then they’d get a show! For a while I was the factory producing the next round of TV hosts – which was great by the way.” 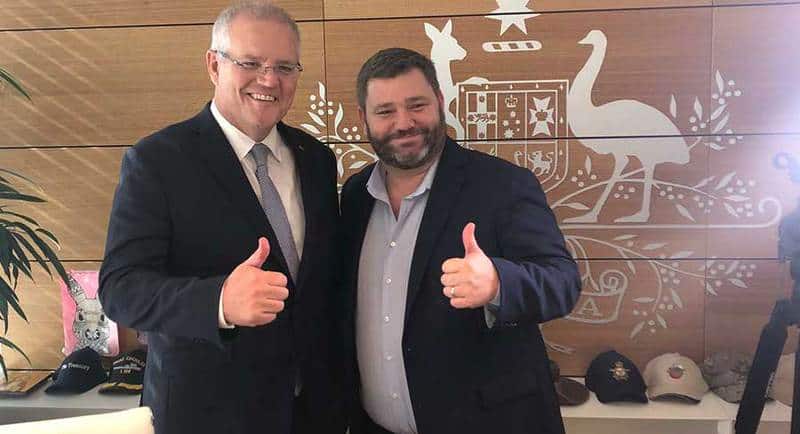 Murray justifiably thinks the show has been good at reading what many Australians are feeling. “Nobody could see Scott Morrison winning? I could see it an said it every night. Picking the right mood of the country or the audience is an amazing feeling when you get it right and the most depressing feeling when you are not quite nailing it. I admire my colleagues when they nail it, and it serves as a further kick up the arse to me.”

A decade on the battlefield

Murray: “The show has subsumed my life for the past 10 years, and I have lost more friends than I have gained. But I hope people will see my value as a broadcaster even if they disagree with me.

“If you told me 10 years ago this would go for 10 years and it would be my main gig, I just wouldn’t have believed you.”

Murray’s career crystal ball outlook a decade ago was more like maybe Triple M drive or still banging it out at 2UE. “Thankfully Angelos pulled me out of the disaster that was 2UE and just let me play.”

After starting at Sky News under CEO Frangopoulos, Murray continues to thrive under the leadership of Paul Whittaker.

“Angelos was the CEO who would do everything from the board meetings to correct the straps that were on the different shows. There were good things and bad things about one person being in charge of everything. It meant you got total support, but it also meant you had zero appeal to a decision,” recalled Murray.

“Paul came with an editorial view and he was able to build a team that was able to help with the production of that view.

“If we were talking two years ago, I would have said there is no way I could work any harder than I am working on the show. And then I met Mark Calvert [ex-Nine News boss, now Sky News head of programming] – I am probably working four times harder than I was because he worked out the most successful part of the show was the editorial. The longer we made it the better we went. That means more content. I laugh sometimes when I see someone getting an award for one piece of television they write in six months. Try ad-libbing 25 minutes every night.

“Sky News is now a place that is more structured and has been better resourced with full News Corp ownership. It feels like we couldn’t be a more loved member of the family.”

By way of example of the better funding and commercial relationships, Murray mentions the production line of documentaries Sky News Australia now produces and his regular regional shows taking Paul Murray Live all over Australia. 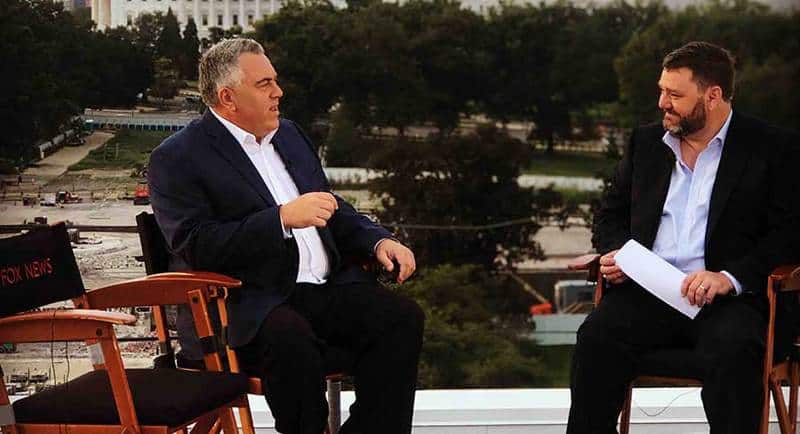 “Never, not once,” is what Murray said when asked about feedback from within the company about editorial content. When it comes to news staff and how they feel about their employers, Murray explained: “As somebody who has worked for ABC, Southern Cross Austereo, Nova, Fairfax and News Corp, in breaking news, like hires like. I would imagine not too many people get hired at Radio National who don’t listen to Radio National. The same goes for Sunrise, Today, The Project or Sky News.

“The worst critics of News Corp should have the courage to look at their own organisation and admit like hires like. If they don’t they are not being honest. We could argue about who’s ‘like’ is better, but that’s not for us to decide, it’s for the audiences to decide.

“I find the current conversation led by Kevin Rudd to be pretty juvenile about the concept of good guys and bad guys. One thing I have learnt being around politicians – good one, bad ones, lefties, righties – is that it is never their fault. It is always right to blame the media.”

Murray noted how 2020 was tough for many in commercial media. “But I could have thrown my phone through the window when I saw Paul Barry include the ABC amongst the long list of casualties when it comes to 2020. At Channel 7 they took a 20% pay cut, at 10 they sacked lots of people, at the ABC they voted themselves a pay rise.”

Do we need the ABC?

Murray: “You absolutely need public broadcasting to do what the rest of the market doesn’t do. My issue with the [ABC] is they are too obsessed with audience share and they are too obsessed with being the biggest media company they can possibly be. They should be showing things in primetime that commercial networks wouldn’t. Instead, they have become a media monolith and they have been able to do that by providing very focused content that is about growing the audience rather than servicing it. I certainly don’t think the ABC should be sold off or any of that bullshit.

Murray and the US President

When you mention the word Trump, Murray remembered the “shit-canning” he got for his brief meeting with the US President.

“Let’s play CNN by their own standards. Any unsourced story about Donald Trump became a lead story for days and days. I genuinely believe the American news eco-system broke, perhaps forever in 2020. They didn’t cover both sides, they chose a side and denied the other side.

“That doesn’t mean you have to give Donald Trump endless pecks on the cheek, but you can’t pretend he’s not talking when he is. Every rumour about Trump was a front page story, every reality about Joe Biden was completely hidden from view. That makes me think there is something to talk about. His son has two laptops being investigated by the FBI. That’s not a conspiracy theory, it is actually happening.”

The best thing about Fox News?

“Tucker Carlson is amazing. Tucker is showing where the future is. You can pick the moments where some Trump scepticism came into the Fox News daytime coverage, but in fairness that was born out by the results of the election. Tucker is fearless and the new gold standard that many of us will measure ourselves against. We have moved through the era of the table-thumping Bill O’Reilly. Sean Hannity will always represent 70m people who voted for Trump, but Tucker is in a special place. That doesn’t mean I agree with every word he has ever said.”

Are you a Covid or climate change denier?

Murray: “Oh fuck no. My issue with Covid has been we have done the hard work and been lucky enough to work out how to keep it away. To see how we have gone back 30 years to state first, country second, pisses me off. What has also annoyed me is a media culture that is exploiting Covid. It was despicable that Nine Brisbane ran a promo for a coronavirus banker in order to keep their audience scared. Then surprise, surprise, [the audience] vote for the politician who says, ‘I saved your life’.

“In terms of climate change, it is impossible to say it doesn’t exist. I am always going to fail a purity test if the purity test is to turn everything off and de-industrialise Australia. Does that lead to tension with other presenters? No, because like any good family you don’t talk about the things you disagree about over dinner.”