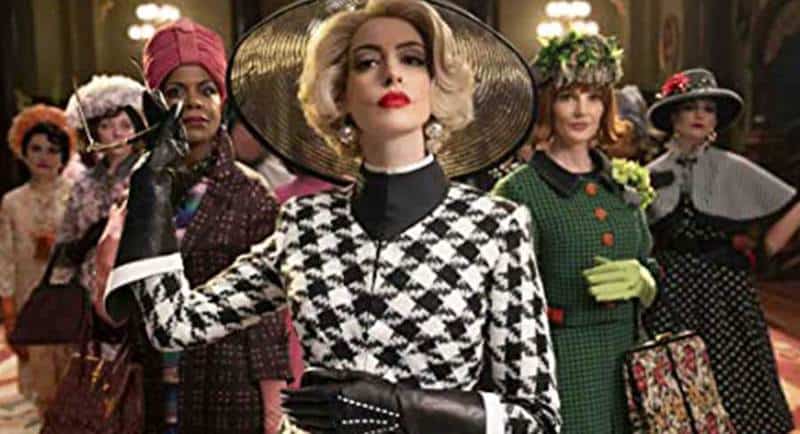 Roald Dahl has sprinkled some magic on the Australian box office with the 2020 film adaptation of his famous novel The Witches opening at #1.

The film stars Anne Hathaway, Octavia Spencer, and Stanley Tucci, and is narrated by Chris Rock. It is based on the 1983 novel of the same name and is the second film adaptation of the novel, following the 1990 film.

The other new entry to the top five this week is Words on Bathrooms Walls which has opened at #5 after its first week of release.

The films to give way were Let Him Go which has made $833,720 over three weeks, and the Australian comedy-drama Rams which has dropped out of the top five after seven weeks making a total of $4.2m.

Overall the Australia box office had a solid weekend increasing its revenue by 7% after making a total of $3.99m.

As the holiday season heats up, the family-friendly film penned by Roald Dahl has had a wicked first week in theatres averaging $2,846 on 396 screens.

After a big opening weekend, The War with Grandpa has gone on to best that total in its second week of release by 14% and broken the $1m threshold in the process. The film averaged $3,359 (the highest average over the weekend) on 320 screens and its total now sits at $2.47m after two weeks.

After a big drop off in totals after the top two this week, Happiest Season has stayed in the #3 spot. Over the last three weeks, the film has amassed a total of $1.65m and had an average of $1,113 on 270 screens over the weekend.

After the film’s recent surge in the last few weeks it is starting to come back down, finding itself at #4 over the weekend. Although Chris Nolan and co can’t be too offside due to the fact the film has made $15.27m (over 16 weeks!) in Australia to-date and is easily the most successful film since cinemas reopened. This weekend it averaged $2,118 on 127 screens.

The romantic drama film directed by Thor Freudenthal based on the novel of the same name by Julia Walton averaged $717 on 241 screens.